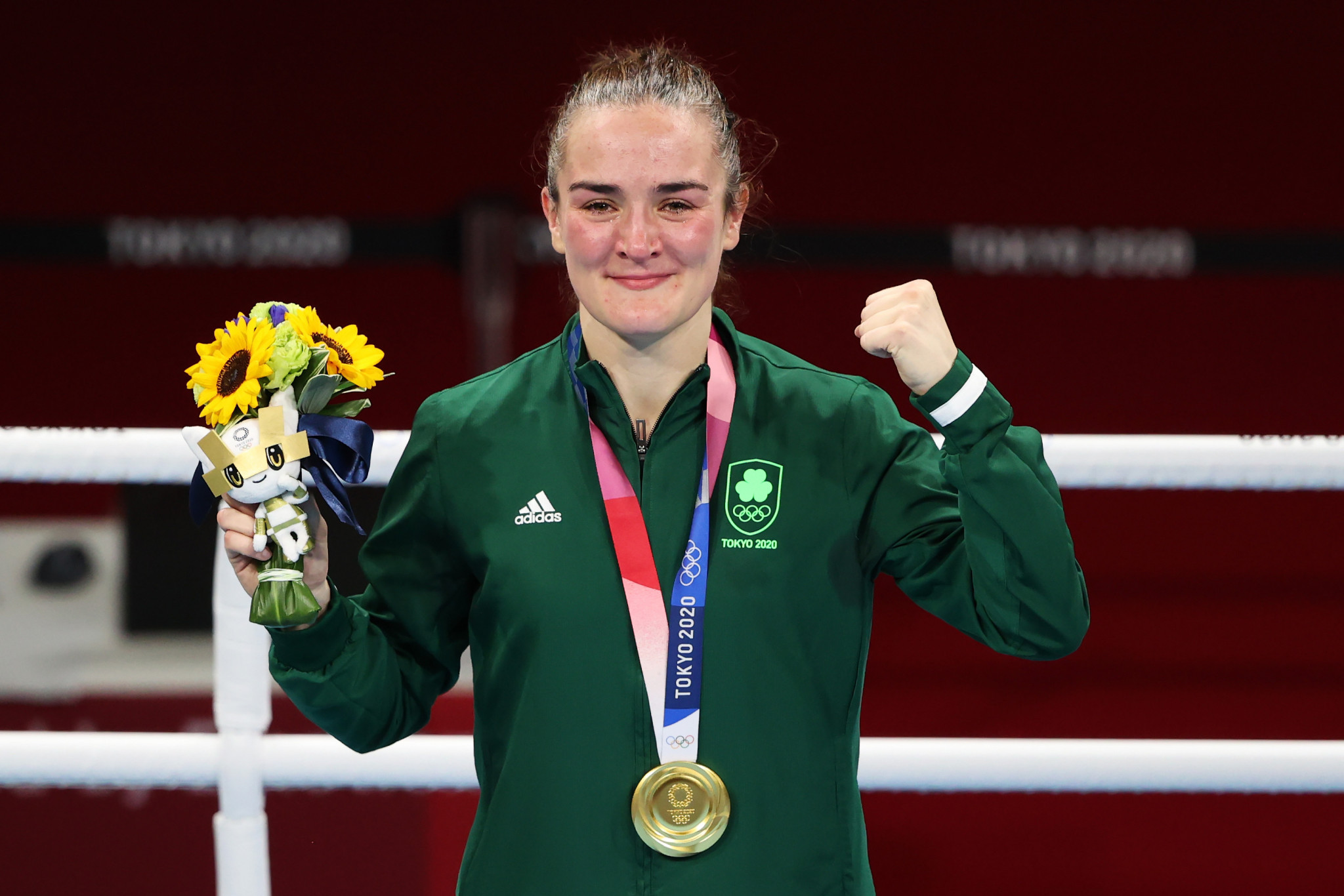 Ireland's Olympic boxing champion Kellie Harrington has said she will resist the lure of turning professional and attempt to defend her title at Paris 2024.

The 31-year-old won the women's lightweight title at the rearranged Tokyo 2020 Olympics and now hopes to double up in France.

She returned to her alternate weekend job as a cleaner at a psychiatric hospital following her success in Japan and is keen to remain in amateur boxing.

"I have thought about going pro but when you weigh up the options, staying amateur is the best thing for me," she said at the launch of the Christmas Community Fund run by grocery store chain SPAR, and as reported by the Irish Independent.

"I feel that amateur boxing is about clubs - grassroots and community.

"You become a part of a family and you build relationships with people in the club.

"I haven't been there so I don’t really know.

"From looking in, that's what I feel, and from what I hear.

"It is a business and people are out to make [money] off you.

"They're not really out for your welfare, they're just out to line the pocket of themselves.

"For me, that's not what sport is about.

"At the moment, I'm in a sport and it's also a profession, but if I was to turn professional, it would be a business and I ain't no businesswoman."

Harrington defeated Beatriz Ferreira of Brazil in her Olympic final after being awarded a unanimous decision.

She was one of two Irish Olympic champions in Tokyo, alongside lightweight double sculls rowers Fintan McCarthy and Paul O'Donovan.

At the Opening Ceremony, she was Ireland's female flagbearer.

In 2018, Harrington won gold at the World Championships in New Delhi.

She is now serving as an ambassador for SPAR.