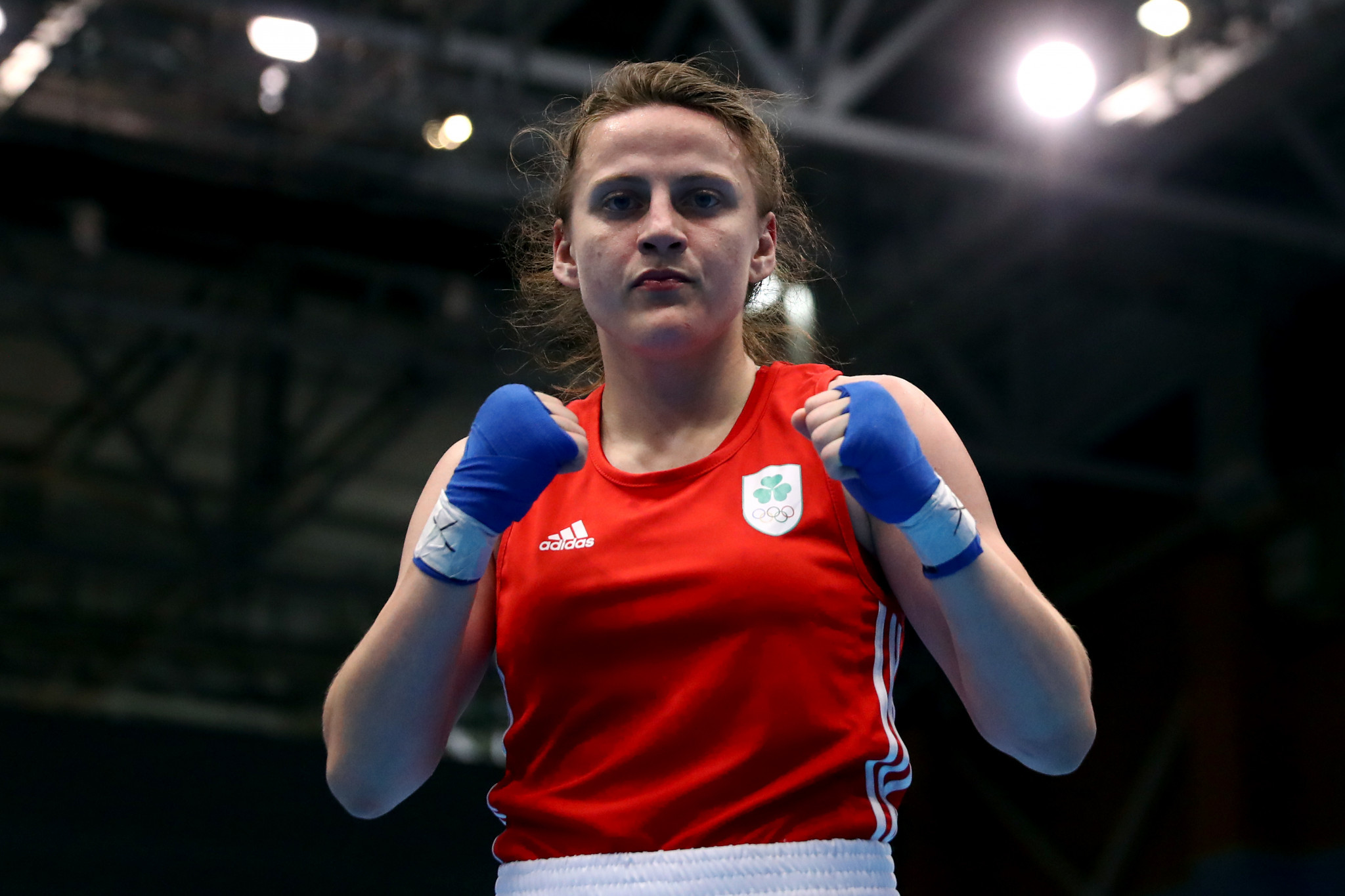 Michaela Walsh said she has tried to take the positives out of the postponement of Tokyo 2020 as Ireland's boxing team resumed training for next year's Games.

Ireland's high-performance boxers were permitted to return to training on July 20.

It followed special coronavirus dispensation for elite athletes at the Sport Ireland campus in Abbotstown.

The Irish Athletic Boxing Association (IABA) released a document detailing its return to training protocols earlier this month, with clubs across Ireland allowed to reopen their doors on August 1.

Walsh, a double Commonwealth Games silver medallist, is among the boxers to have returned to training, having been part of Ireland's boxing team at the European qualifier for Tokyo 2020 in London back in March.

The first three days of the qualifier were held, before competition was halted due to the coronavirus pandemic.

Walsh told The Irish News that the postponement of the qualifier and the later rescheduling of Tokyo 2020 to 2021 had left her "a bit down".

"Going home after the qualifier was cancelled, for me it felt like I'd been beat," Walsh said.

"Even though I didn't fight, I felt like I'd been beat.

"Everything, all our training, was geared towards the qualifiers.

"I was two fights away from qualifying for the Olympics.

"There was talk of them being rescheduled for three weeks later, I thought I'd have to go back and reset, but eventually it was announced that the Olympics had been postponed until next year.

"The first week after that was confirmed I felt very down.

"Athletes are only human, we have emotions as well, so I was a bit down but you have to get yourself out of it."

Walsh was seeded second in the women's 57 kilograms featherweight division.

Two victories would have been enough to advance to the semi-finals and secure one of six Tokyo 2020 berths available in the weight division, with the last four and two winners of Olympic box-offs progressing to the Games.

The boxing qualifier is expected to resume in either February or March in 2021, although dates are yet to be confirmed.

Walsh told The Irish News that she would seek to use the extra year of preparation for the Games as a positive.

"Boxing is only a sport, and I have to try and take the positives," she said.

"I've an extra year to work on things, because you don't really get the time to stop and think 'I need to be doing more of this', or having more time to look at people at your weight and work out how to beat them.

"You've an extra year to work on what you need to."

Flyweight Brendan Irvine is the only Irish boxer to qualify for Tokyo 2020 so far.

Boxing is one of Ireland's most successful Olympic sports, with the country earning two gold medals, five silver and nine bronze in total.

They did not win a single boxing medal at Rio 2016, however, with Michael Conlan's quarter-final loss embroiled in the judging and corruption scandal that emerged from the Games.