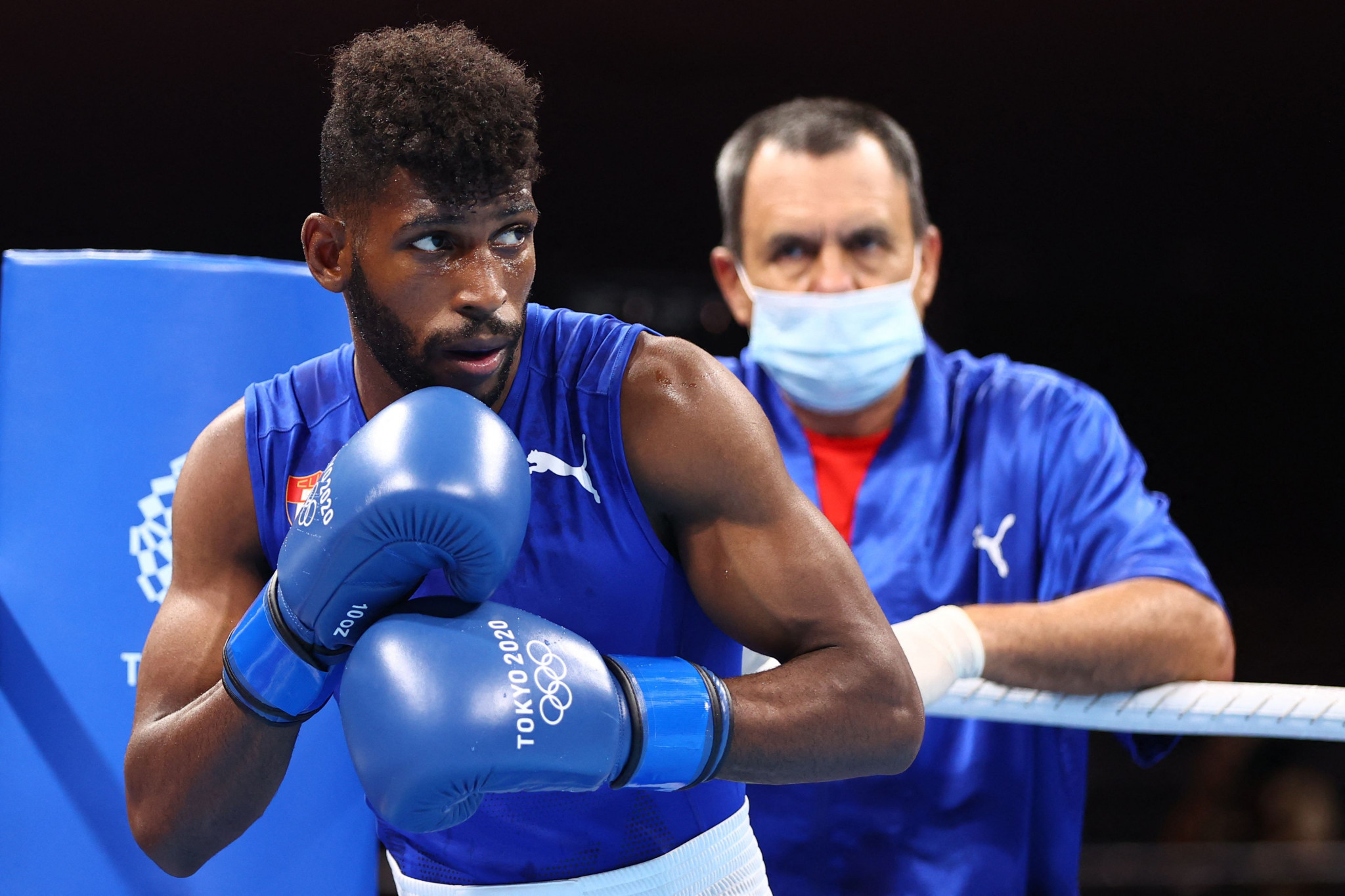 Andy Cruz became the fourth Cuban to claim a Olympic men's boxing title at Tokyo 2020 on the last day of finals at Ryogoku Kokugikan.

He follows in the footsteps of Roniel Iglesias, Arlen Lopez and Julio Cesar La Cruz who have all won boxing golds for Cuba here.

The Cubans won every final they contested with their haul the biggest since they scooped five titles at Athens 2004.

Cruz's fight with Davis was a repeat of the light welterweight final at the 2019 World Championships, which was also won by the Cuban.

He took the first round 4-1 on the judges' scorecards but then Davis - who had lost three previous fights with Cruz before today - went ahead after being awarded the second round unanimously.

It meant Cruz had to respond in the third and final round and he did so with some quick and sharp boxing.

The judges gave him the round on all five scorecards and he won the fight 4-1 via split decision.

"We Cubans have worked really hard in the run-up to the Games despite the situation in Cuba and around the world with COVID," Cruz said.

"We had a very good training base here, and it all came together.

"We are a close-knit family in the boxing community.

"We brought all that together to have success here in Tokyo."

In 2019, Jalolov knocked out the American and forced him to leave on a stretcher but the contest was a lot closer this time.

Torrez Jr. took the first round 3-2 against the reigning world champion but was then given a standing eight count in the second, while being deducted a point for putting his head down.

Jalolov got the nod from all five judges in the second - including a score of 10-8 - and he also got the verdict on all the scorecards in the third to win by unanimous decision.

Both boxers had reached the gold medal contest after their last four opponents were unable to continue so this was a worthy final.

"It feels like a dream for me," said Jalolov, who hoisted a flag waving ring-man onto his shoulders in celebration.

"It was a very hard fight.

"I know a lot of sportsmen want to be an Olympic champion when they're a child - I did, and I've achieved that."

In women's action, Ireland's Kellie Harrington won lightweight gold to match the achievement of her compatriot Katie Taylor who triumphed in the same division at London 2012.

She was edged 3-2 in the opening round by Brazil's world champion Beatriz Ferreira, but dominated from then on and won both remaining rounds unanimously.

"Nothing will change for me," said Harrington, a part-time cleaner who works at a hospital in Dublin.

"I'll have a break, eat loads of pizza then go back to work.

"I'm sure there will be a little party for me and I'll be bringing my medal there.

"So I suppose once you're not afraid of that, then anything is possible."

The world champion added Olympic gold and was dominant against an opponent who won the World Championships in 2018.

Price is an all-round athlete who has also played football for Wales and won a world title in kickboxing.

"Over the moon, a dream come true really," she said.

"It's been a dream of mine since I was eight-years-old watching (runner) Kelly Holmes win that gold.

"I've always said I didn't know how I was going to get here and what sport I was going to do, but the dream has always been to get to the Olympic Games.

"To win gold is just the icing on the cake and I can't really put into words what it means to me right now."