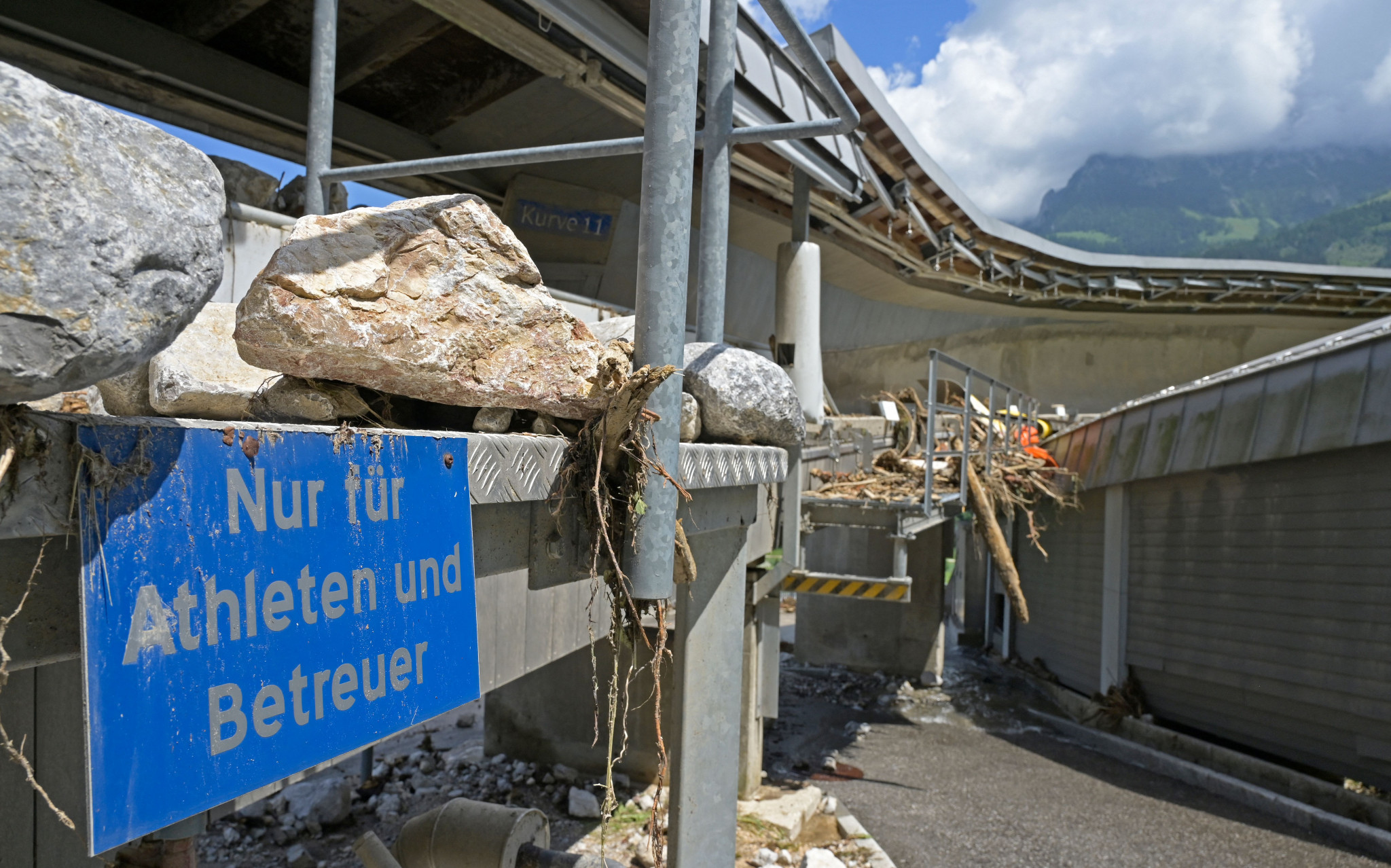 The future of the iconic Königssee sliding track hangs in the balance as a dispute has started over the reconstruction of the venue between the German Government and conservation organisations.

A total of €53.5 million (£45.4 million/$60.9 million) was made available by Federal and State Governments to rebuild the track, which was badly damaged by mudslides in July following flooding across Germany.

Although plans have been put in place to fix the venue, Rita Poser, the district chairwoman of the Bund Naturschutz in Berchtesgadener Land, is against the move, citing issues with the environment around the track.

"Due to the geological risks that are considerable there and have been described for a long time, we reject this," said Poser, according to DeutschlandFunk.

"A huge alluvial cone has also developed over time because there are always mudslides there."

It is the oldest artificial sliding track in the world, having opened in 1968.

A report is expected to be published to ensure residents and the structure are protected from future mudslides.

Olympic luge champion Felix Loch is one of those in favour of its reconstruction.

"The train is like my living room," said Loch.

"When you see something like that [mudslides], you're just dead sad."

The German Bobsleigh and Sleigh Association said they had spoken to a geologist who found a dam which could create a retention basin for 7,000 cubic metres of rubble, which was still down on storms in August, which was 10,000 cubic metres.

Geologist Michael Krautblatter from the Technical University of Munich said due to climate change, this risk was increasing too.

The Bund Naturschutz stated it wants a referendum on the issue.

Königssee last held the International Bobsleigh and Skeleton Federation World Championships in 2017 and has done so on seven occasions.

The venue was due to hold the 2022 Junior World Championships, but they have since been moved to Innsbruck, while an International Luge Federation World Cup leg is now set to take place in Winterberg.