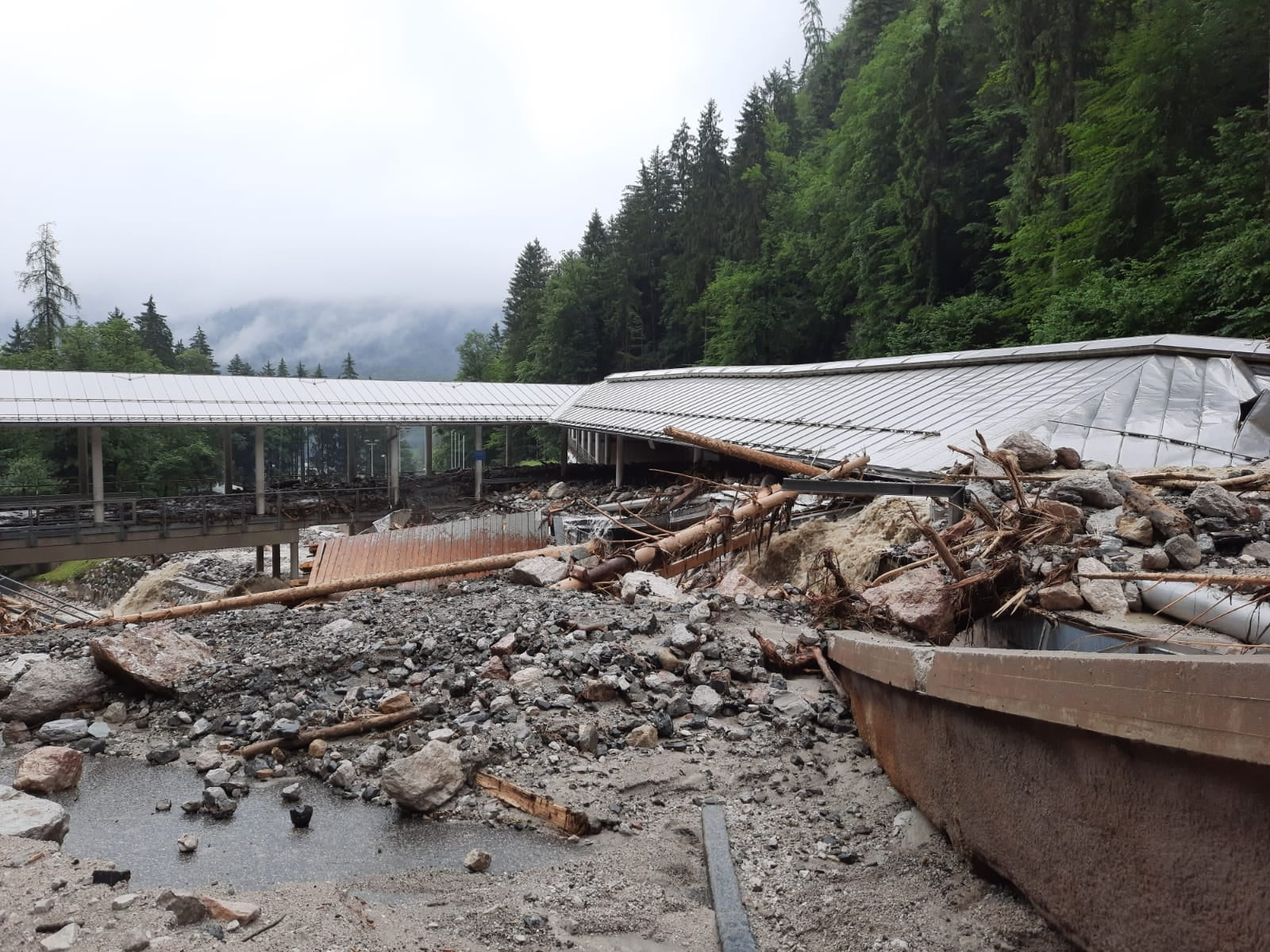 The Königssee luge and bobsleigh track, due to host the 2022 International Bobsleigh and Skeleton Federation (IBSF) Junior World Championships in January, has been severely damaged by the flooding which has claimed more than 150 lives in Germany.

Disturbing video footage shows the flagship sliding venue, which held the IBSF World Championships for the sixth time in 2017, being deluged and broken up by a raging, muddy river of water.

In one clip taken at night, the deluge is seen driving down and over the edges of the track.

A second clip taken in daylight shows sections of the track broken and upturned amid rubble and twisted metal.

The damage is severe and brings into serious doubt whether the venue will be able to stage competition in the coming year.

As well as the IBSF Junior World Championships, both the IBSF and International Luge Federation (FIL) World Cup circuits are set to visit Königssee in the coming season.

The FIL has said that it wishes "all residents and friends in Berchtesgaden-Königssee all the best" and hopes for an end to the rain soon.

Germany's three-time Olympic champion Felix Loch - winner of three world title at Königssee in 2016 - said his "heart is broken" by the damage.

The track has released statement on the flooding, but did not disclose any information about the scale of the damage.

"Thank you very much for your sympathy and good words of encouragement", it read.

"Our thoughts are with all those who have to suffer from the strong flood masses.

"As far as we are concerned, we will contact you tomorrow."

Located in Bavaria near Königssee - "the King’s Lake" - and the border with Austria, the facility was completed in 1968, when it became the first permanent, artificially-refrigerated bobsleigh, luge, and skeleton track in the world.

German Chancellor Angela Merkel today described the flooding that has devastated the area as "terrifying".

At least 157 have died in Germany and 188 in Europe as a whole, but with many people still unaccounted for those figures are expected to rise.