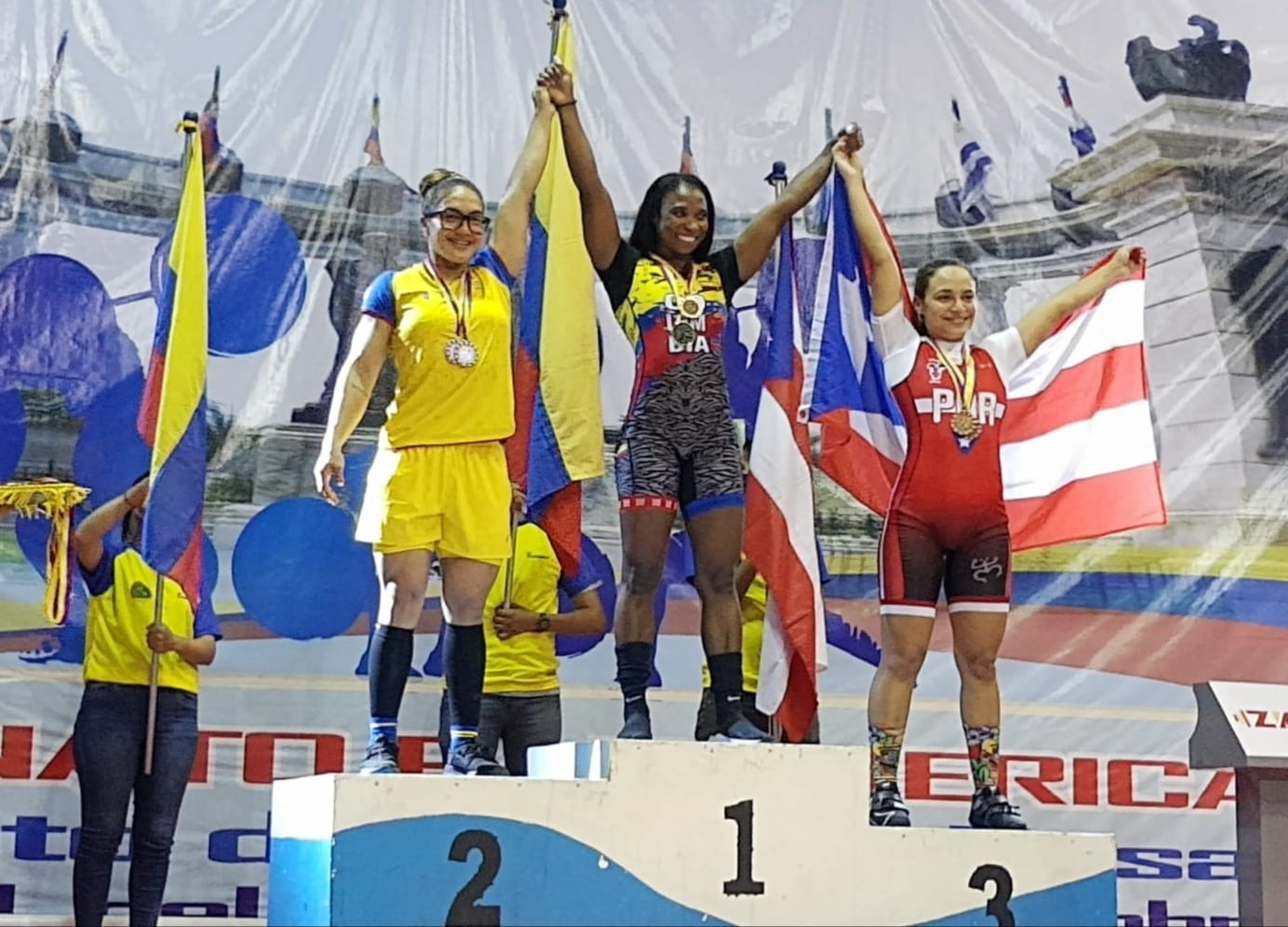 Three weightlifters who won medals at the Tokyo 2020 Olympic Games three months ago earned continental titles at the Pan American Championships in Guayaquil, Ecuador - but there were surprise defeats and a no-show for others.

One of the three, Crismery Santana from the Dominican Republic, was winning her second continental senior title within seven months.

Of four other athletes who became Pan American champion for the second time in 2021, Francisco Mosquera of Colombia did so at different weights - surely a unique achievement.

After the PAWF played a key role last year in making online international competitions viable, it staged its COVID-delayed 2020 Championships in April in the Dominican Republic capital, Santo Domingo.

Then came the delayed Olympic Games in Tokyo, at which Pan American lifters claimed an impressive haul of two gold medals, five silvers and three bronzes.

While five of those 11 Olympic medallists did not enter the 2021 version of the Pan American Championships in Guayaquil, five did.

Keydomar Vallenilla of Venezuela, who took silver at 96 kilograms in Tokyo, made six-from-six to win at the same weight with a career-best total of 388kg - arguably the standout individual performance of the Championships.

Vallenilla, 22, lifted one kilograms more than his Olympic Games total and finished 17kg clear of Nathan Damron, one of the United States’ many medallists over the five days.

The Americans had a one-two when Kate Nye and Mattie Rogers went head-to-head in the women’s 76kg, the weight at which Nye won silver in Tokyo.

Rogers, who finished sixth in Japan after moving up to 87kg, failed with three of her six attempts and had to settle for silver.

She could never catch Nye, the 2019 female Weightlifter of the Year, who won with 107-133-240 and was very pleased with that given: "I haven’t been doing a whole lot of heavy lifting since the Olympics and I didn’t come here with high expectations."

Santana, third in Tokyo, was 10kg below her Santo Domingo winning total but was never seriously challenged as she made 111-136-247 to win again at 87kg.

The no-show was Julio Mayora of Venezuela who, like his American rival CJ Cummings, was entered but not fit for action in the 73kg - at which weight they finished second and first respectively in the delayed 2020 contest in April.

Zacarias Bonnat was 8kg and three places ahead of Brayan Rodallegas when he was second behind Lu Xiaojun in the 81kg in Tokyo.

But in Guayaquil Bonnat, from Venezuela, moved up to 89kg and was clearly not in it to win it, apparently easing his way back after a fitness problem.

He declined to take his final lifts in both snatch and clean and jerk, and finished out of the medals on 145-180-325, behind the Colombian winner Jhor Moreno by 42kg.

Rodallegas, meanwhile, was another Colombian winner, taking the 81kg by a comfortable margin with 160-187-347.

He also won in April.

Another who appeared to be short of full fitness was Luis Mosquera, the Colombian who won in Santo Domingo at 67kg and came so close to gold in Tokyo, only to be beaten by a stunning world record lift by Chen Lijun of China.

Francisco Mosquera had won at 61kg in April, making 280kg compared with 320kg at the higher body weight in Guayaquil, where Luis finished 3kg back in second place.

Colombia has been the dominant nation in Pan American weightlifting for a while and there was no let-up in Guayaquil as they racked up eight golds in total.

Rafael Cerro would surely have won the 109kg too had he made any of his clean and jerk attempts, but he bombed out after leading the snatch by 12kg and Peru’s Hernan Viera claimed the gold with 156-205-361.

Both Colombia and the United States, which had six winners, did themselves a power of good in terms of qualifying for the 2023 Pan American Games in Chile.

The US had two male winners, Hampton Morris at 61kg and Keiser Witte in the super-heavyweights.

Morris followed his victory in the recent International Weightlifting Federation (IWF) Youth World Championships by taking the senior continental title at 61kg, at the age of 17.

Witte looked stunned when his final clean and jerk of 215kg got two red lights, but that decision was overturned and he took the gold when Mexico’s Raul Manriquez could not make a final attempt of 220kg.

The female American champions included Hayley Reichardt with 83-104-187 in the 49kg, in which nine of the 11 athletes failed with their final attempt, Nye, and super-heavyweight Mary Theisen-Lappen, who made her first competition outside the US a winning one with a total of 270kg.

Meredith Alwine completed the Pan American double. She made 104-133-237 at 71kg, which was one kilograms lower than her winning total in Santo Domingo in April.

While they did not win any titles on total, Brazil had a successful competition.

They had four medallists in one day on Saturday (November 6), two men and two women, and finished the Championships with two silvers and four bronzes.

The Brazilians who looked especially promising were Felix and 21-year-old Laura Nascimento, who put 29kg on her career best to finish third behind Nye and Rogers.

Besides staging delayed Senior and Junior Championships from 2020 this year, as well as three other 2021 events, the PAWF calendar features more entries before the year is over.

The Hall of Fame gala is scheduled for November 14, an online event, and weightlifting at the Junior Pan Am Games in Cali, Colombia, runs from November 25 to 29.