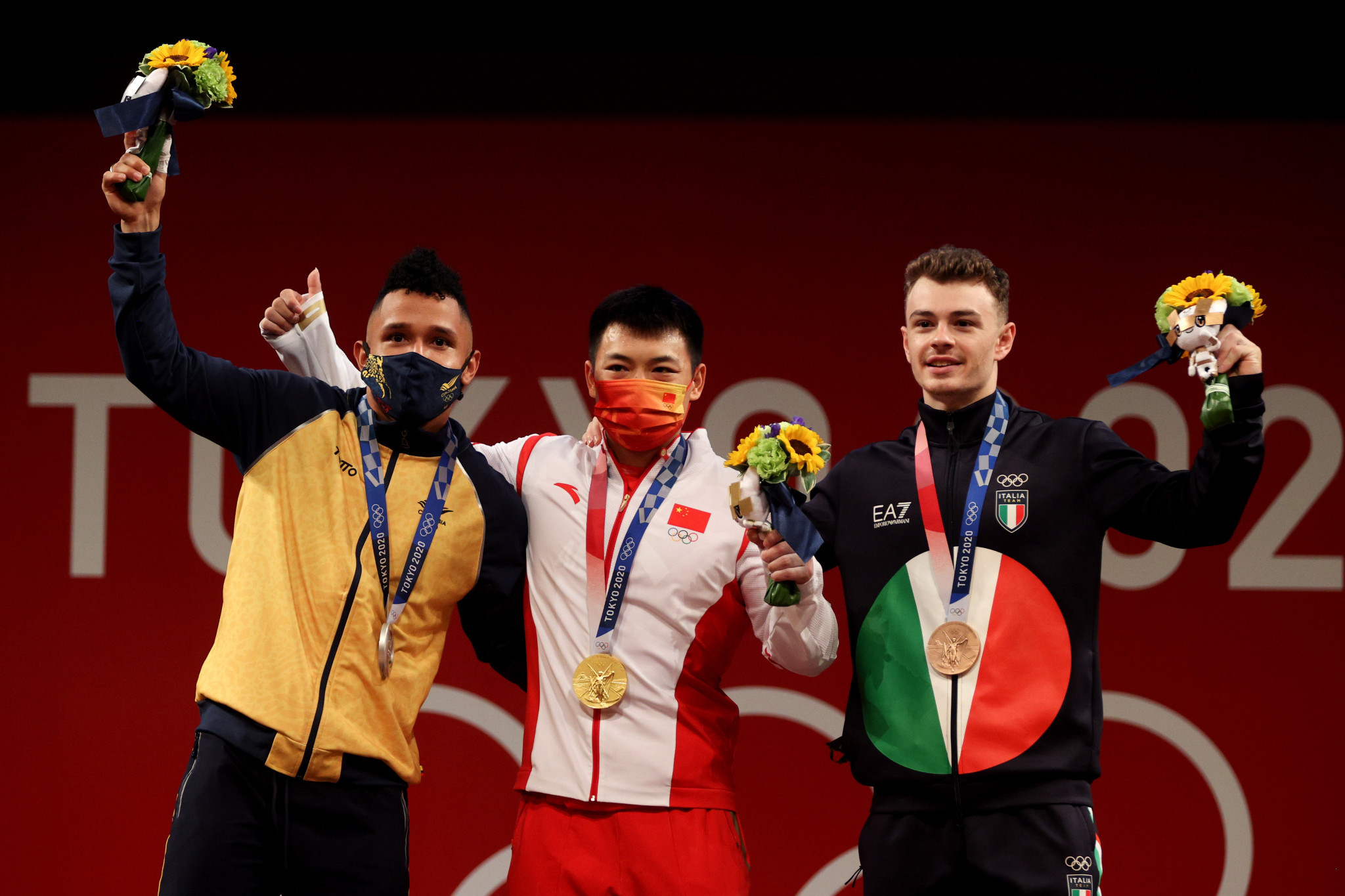 One of the most dramatic sessions of weightlifting in living memory ended with Colombia being denied a gold medal by China, Italy claiming a first Olympic medal in the sport for 37 years, and a remarkable new talent from Pakistan having to wait an agonising 25 minutes before being off the podium.

There was heartbreak, too, for athletes from Korea and Uzbekistan in two hours that featured more failures than good lifts – which only added to the tension and excitement.

When the men’s 67 kilograms was all over, Chen Lijun had won China’s third straight gold medal, a disbelieving Luis Mosquera had been beaten into second place and Italy’s Mirko Zanni took the bronze.

Han Myeongmok of Korea, who thought he had won the bronze until Zanni bettered his career-best with a 177kg final lift, was fourth, while Talha Talib of Pakistan did himself and his country proud finishing fifth.

Mosquera thought he had won the gold when a "no lift" decision was overturned and celebrated wildly with his coaches when the decision was announced.

He had dropped the bar on his final attempt before the buzzer sounded but he was in control of it at the time and it was revised to a good lift about 30 seconds later, leaving him 11kg clear of Chen.

Chen had two lifts left, but to overtake the Colombian, he would have to make 187kg, equal to his career-best and a huge 12kg up on his first clean and jerk.

He strode out and made the lift, creating even more noise than Mosquera had done a minute earlier despite the lack of spectators.

China has the favourite in Monday’s lone medal event, Liao Qiuyun in the women’s 55kg, and is well on course to set a record for gold medals at a single Games.

That figure is five, and China has three in the bag and five more good chances.

Talib, 21, who discovered he had been awarded a reallocated place only a few weeks ago, made five of his lifts – more than anybody else – and was level with Chen after the snatch.

He went into the clean and jerk knowing his career-best was 20kg lower than Chen and Mosquera, and far lower than other rivals.

But Talib improved it by 3kg, making 170kg and posting a total that left him in the medal positions for an age.

It was a remarkable effort given that Talib collapsed on the platform when he looked short of breath on his first clean and jerk attempt.

He came back to make the next two and then had to sit and suffer as those below him gradually moved up.

25 minutes later, Han's final attempt moved him into third, only for Zanni to make a career-best 177kg lift to secure bronze.

One of the pre-event favourites and junior world record holder Adkhamjon Ergashev of Uzbekistan was too far back after missing two of his snatch attempts and he could not make the 184kg he needed.

The current junior world champion, Muhammed Ozbek of Turkey, also had a medal chance but he failed with all his clean and jerk attempts.