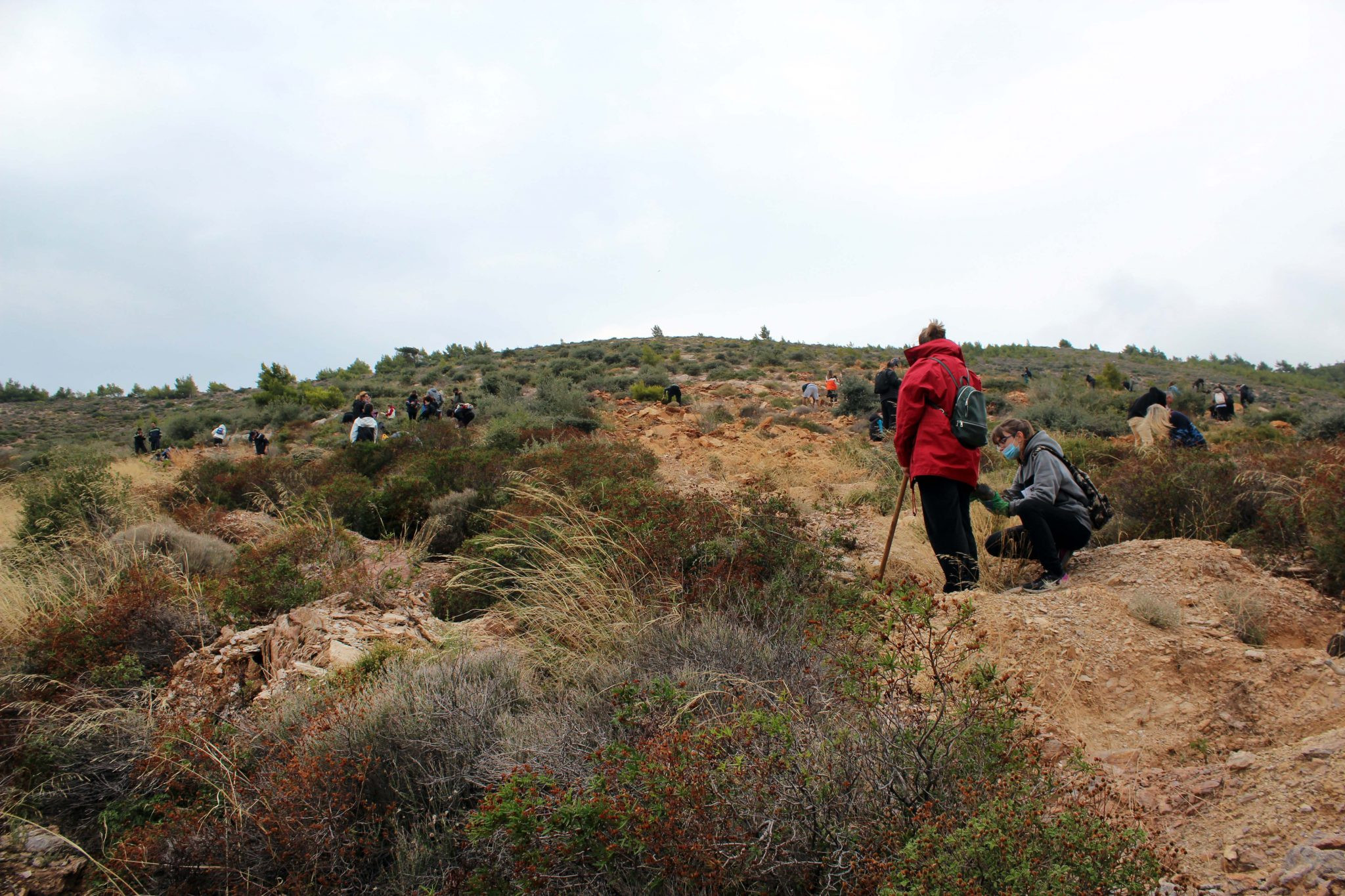 The Association of National Olympic Committees (ANOC) has backed a project which planted 5,000 trees in Penteli, an area which endured some of the worst effects Greece's wildfires earlier in the year.

This formed part of a partnership with 'Oloi Mazi Boroume' - 'Together we Can' in English - a Greek group promoting a series of environmental initiatives including reforestation and recycling.

Greece was hit by ferocious wildfires this summer which forced thousands of people from their homes and destroyed large areas of forestry.

There have been warnings that they could pose an increasing threat to the country amid a rise in global temperatures.

An area close to the town of Penteli, situated to the north-east of the capital Athens, was hit by the fires, and volunteers have planted the new trees in an effort to promote reforestation.

The initiative was developed by Together we Can, Greek television network Skai and the Municipality of Penteli.

"We commend Together we Can, Skai and the Municipality of Penteli for organising the event," Lindberg said.

"At ANOC we are fully committed to sustainability.

"We just hosted our first ever carbon neutral General Assembly in Crete.

"We have also committed to planting one tree for every delegate who attended the event.

"As the umbrella organisation for 205 National Olympic Committees (NOCs) we need to set an example in sustainability.

"We are encouraging all NOCs to contribute to a greener sporting future and to develop their own sustainable initiatives.

"Our hosts here in Greece, the Hellenic Olympic Committee, are an example of an NOC which is taking sustainability very seriously.

"We are proud to be partnering with the Hellenic Olympic Committee in supporting this Together we Can initiative.

"And we look forward to working on more initiatives in the future."

At last month's ANOC General Assembly, held on the Greek island of Crete, the organisation backed the International Olympic Committee's (IOC) pledge to reduce greenhouse gas emissions by 50 per cent by 2030, and agreed to work with the United Nations (UN) Sports for Climate Action Framework and implement a similar initiative to cut emissions.

From 2030, the IOC will require Organising Committees for the Olympic Games to run a "climate positive" event, with Paris 2024 aiming to achieve this before the deadline.

Signatories of the Sports for Climate Action Framework, including the IOC, pledged to achieve "net-zero" greenhouse gas emissions by 2040 at the COP26 UN Climate Change Conference of Parties in Glasgow.