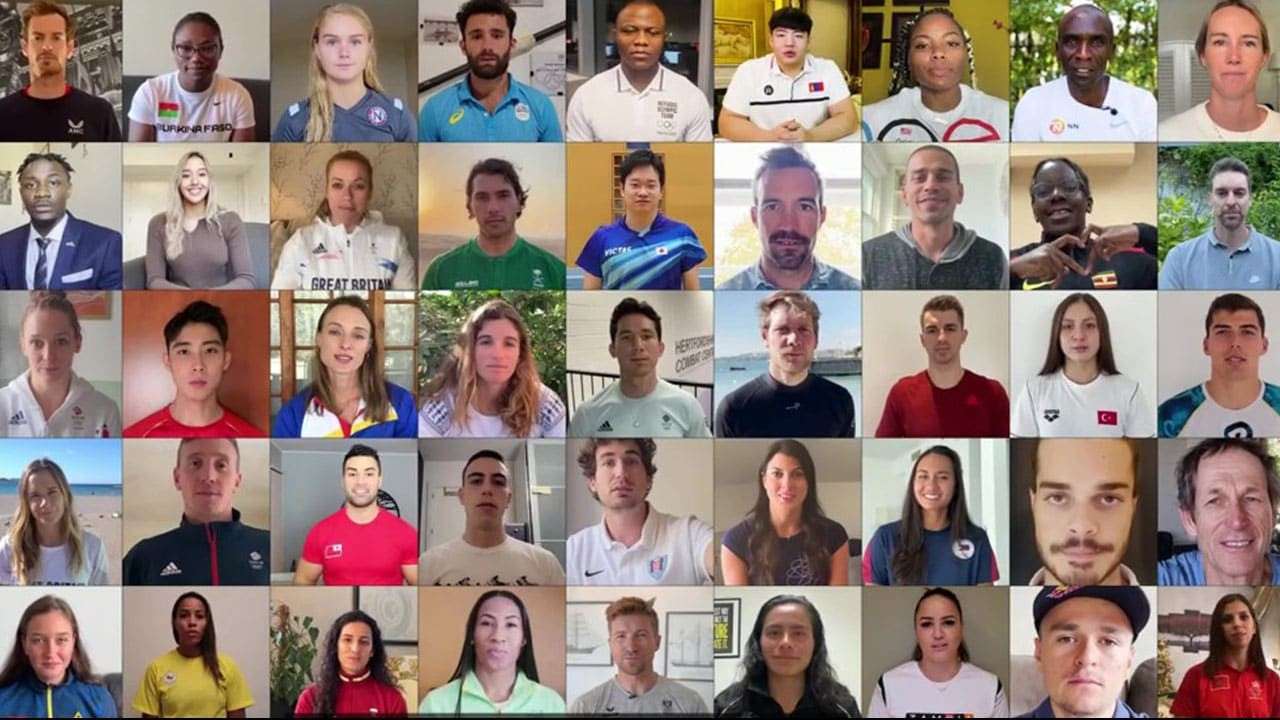 A group of more than 50 Olympians and Paralympians have called on world leaders to deliver on climate action during the COP26 summit in Glasgow in a video backed by the International Olympic Committee (IOC).

The athletes, including Kenyan marathon star Eliud Kipchoge and retired Spanish basketball legend Pau Gasol, warn of the impact of climate change on sport and the threat it poses to their futures.

The video, initiated by British double Olympic sailing champion Hannah Mills and Olympic rower Melissa Wilson, was released to coincide with the start of the summit in the Scottish city, considered one of the most important climate change conferences ever held.

They called COP26 "the Olympics of climate summits".

Leaders attending the conference are expected to outline their climate commitments at the event, due to run until November 12.

"Tokyo and the people of Japan delivered, when many thought it impossible," the athletes say in the video.

"Each Games seeks to deliver a lasting legacy.

"But how do we pass on that legacy, if there isn’t a safe and healthy planet to experience it?

"Heat, humidity and extreme weather conditions mean many of our sports are already under threat.

"And sport is just one part of a much greater global picture.

"We did our utmost this summer, and we know that when we strive to achieve our best, others come with us.

"Now, it is your chance to deliver."

Mills - who in 2019 launched the Big Plastic Pledge, an athlete-driven movement to eliminate the use of single-use plastic within and beyond sport - claimed athletes "are counting on world leaders to take accelerated climate action at COP26".

"This is the race we need to win, and the speed of the race is determined by each of the participants in it," the athletes in the video added.

"At COP26, the Olympics of climate summits, we need you to lead us.

"To show real ambition and courage.

"Working together to secure the future that we all depend on.

"Anything less won’t win this race.

"Over the next fortnight, we will be looking to you, and supporting you, to forge the ultimate legacy: a healthy, safe earth for all."

IOC President Thomas Bach last week called for more cooperation from Governments to combat climate change, warning the world was "in a race against time which nobody can win alone".

The IOC has committed to reducing its direct and indirect greenhouse gas emissions by 50 per cent by 2030.

Its action plan includes reducing emissions in the areas of travel, energy use and procurement.

In March last year, the IOC took the decision to make the Olympic Games climate positive.

From 2030 onwards, each Organising Committee for the Olympics will be contractually obliged to minimise and compensate its direct and indirect carbon emissions and implement lasting zero-carbon solutions for the Games and beyond.

All upcoming Olympic Games have committed to carbon neutrality, with Paris 2024 aiming to become the first climate-positive Games even before the 2030 deadline.

"The IOC is delighted to support this initiative, and help Olympic athletes use their powerful voices to create a more sustainable future for everyone," said Bach.

"Climate change is one of the biggest challenges humanity has ever faced, and the IOC is proud to be leading the Olympic Movement’s response to this crisis.

"Our recent commitment to reduce our carbon emissions by 50 per cent by 2030  and our support for this initiative are part of this effort.

"Sport has the power to make the world a better place, and today we have an opportunity to use this power in the face of climate change."