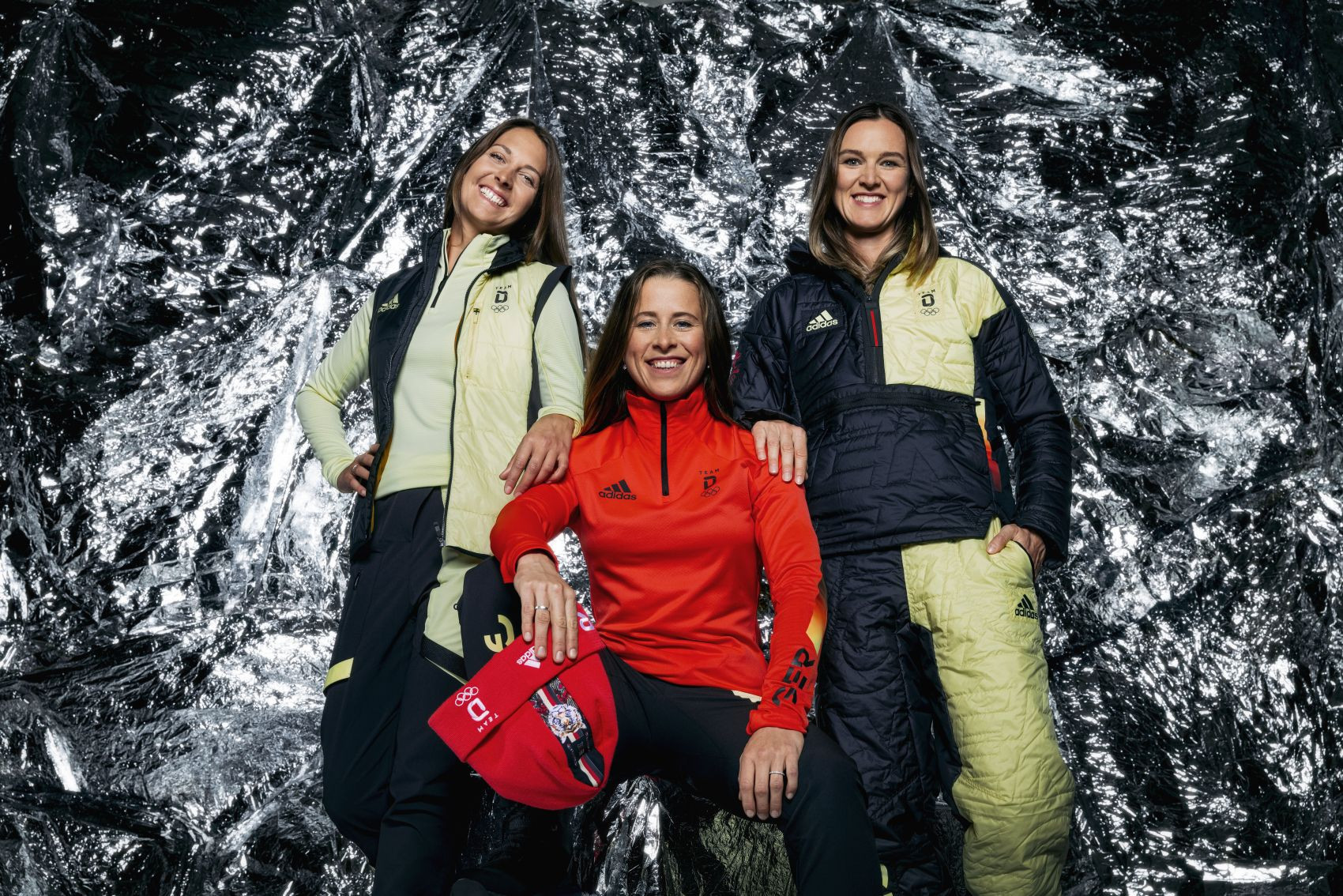 Germany's kits for next year's Winter Olympic and Paralympic Games in Beijing have been unveiled at an event in Düsseldorf, with design claimed by Adidas to represent "rebellious optimism".

The show was held at the Alte Kesselhaus in the city, and jointly presented by German television presenter Stephanie Müller-Spirra and men's ice-hockey Olympic silver medallist Christian Ehrhoff.

It featured several of Germany's leading winter athletes as they revealed the new uniforms through a live show, moving image clips and a vernissage.

The outfits have been designed and manufactured by German brand Adidas, with the use of the red, gold and black colour scheme described as "similar" to that used at Tokyo 2020.

The black tiger is the animal sign for the Chinese New Year 2022, and the use of "timeless black" in the uniforms is said to create a "connection to the host country".

Adidas worked with the German Olympic Sports Confederation (DOSB) and the German Disabled Sports Association (DBS) to develop the collection.

"The collection for the Olympic and Paralympic Winter Games in Beijing represents courage and strength," Hartmann said.

"The design inspiration of the black water tiger, the asymmetrical colour blocking and the reinterpretation of the national colours express the rebellious optimism that we as the adidas brand stand for together with the athletes."

Cakmakli spoke highly of the new kits for Beijing 2022.

"It was a great experience to be here at the show and to see yourself on the motifs of the shoots," she said.

"I really like the collection - I especially love the bright, fresh colours.

"The yellow jacket and the red hat are real eye-catchers.

"And you can see immediately from the colours: We are Team Germany."

Fleig added the live show offered "a further boost of motivation, paired with pride and anticipation for the games that you have trained for so long."

Approximately 200 guests then gathered at a vernissage, where portraits of stars including four-time luge Olympic gold medallist Natalie Geisenberger wearing the new outfits were displayed.

Alfons Hörmann, President of the DOSB, commented that the unveiling of the uniforms was an important milestone in the build-up to the Winter Games.

"For the athletes, the presentation of the clothing traditionally symbolises the official starting signal for the crucial phase leading up to the Games," Hörmann said.

"We will actively support and closely accompany you on your way there.

"The common outfit always serves to bring Team D closer together and to create identification - this was once again an excellent success with this year's clothing."

Friedhelm Julius Beucher, the DBS President, praised the fact that Germany's Olympians and Paralympians will be equipped with identical kits.

"The joint presentation of clothing for the Winter Games by Team Germany and Team Germany Paralympics is an important milestone on the way to Beijing," he said.

"The fact that both teams wear the same outfits also symbolises unity as well as Olympic and Paralympic sport at eye level."

Germany is traditionally one of the top performers at the Winter Olympics, topping the medal table three times as a unified nation and earning a record 14 golds at Pyeongchang 2018.

At the Winter Paralympics, it topped the standings at Salt Lake City 2002 and Vancouver 2010, and finished fifth at the last edition at Pyeongchang 2018 with seven gold medals.

The Beijing 2022 Winter Olympic Games are set to be staged from February 4 to 20, and the Winter Paralympics from March 4 to 13.