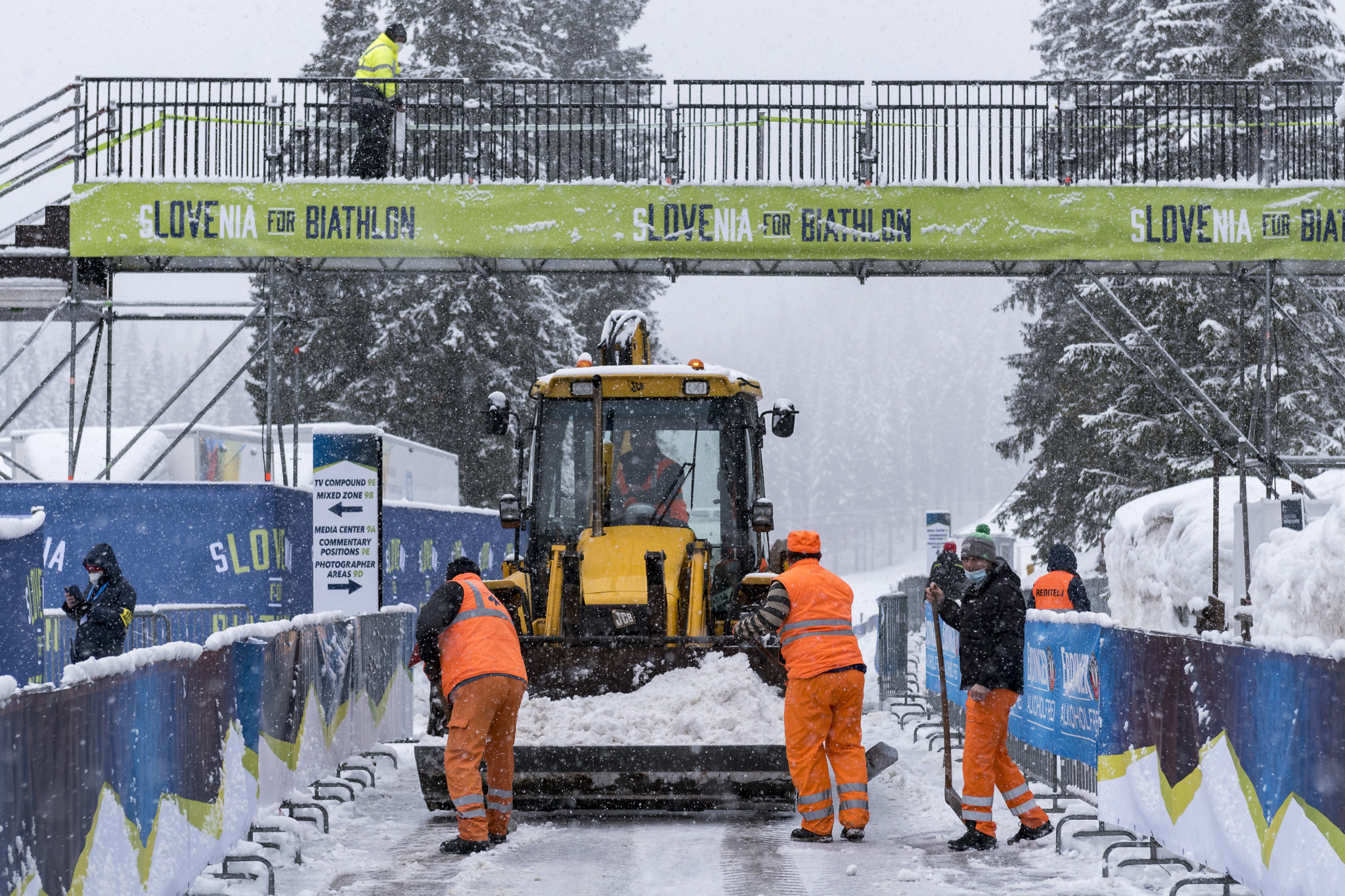 The International Biathlon Union (IBU) has become the latest sporting organisation to highlight its commitment to sustainability around the COP26 United Nations (UN) Climate Change Conference in Glasgow by joining the Race to Zero campaign.

The Race to Zero campaign aims to urge businesses, cities, regions and investors to commit to achieving net zero carbon emissions by 2050 at the latest.

A total of 733 cities, 31 regions, 3,067 businesses, 173 investors, and 622 higher education institutions have reportedly joined the campaign to date, along with 120 countries.

The IBU has become the latest organisation to join the campaign.

IBU President Olle Dahlin claimed it marked the next logical step for the governing body, having already signed up to the UN Sports for Climate Action.

The UN Sports for Climate Action network, which encourages sporting organisations to commit to concrete actions such as measuring, reducing and reporting greenhouse gas emissions, is an official partner of Race to Zero.

"The IBU is delighted to join the Race to Zero campaign which aims to affect positive change through tangible and meaningful sustainable goals," said Dahlin.

"In our institutional strategy until 2030, the IBU has already committed to reducing biathlon’s carbon footprint by 50 per cent and become a climate neutral sport by 2030.

"So, joining the Race to Zero was a logical next step on our sustainability journey which demonstrates our firm commitment to taking concrete action to combat climate change."

The IBU highlighted the publication of its sustainability policy last October, which outlines a roadmap of steps being taken by the organisation until 2030.

Climate is one of five core focus areas, alongside sport, venue and event, people, and awareness and communication.

The IBU received the Climate Action Award from the International Olympic Committee (IOC) and the Worldwide Olympic Partner Dow in November 2020.

The Award highlighted their efforts in helping to tackle climate change, including measuring its carbon footprint and development of a carbon management plan to reduce its emissions.

The plan includes a sustainable travel policy, a transition toward renewable energy both in mobility and energy consumption, and addressing the climate impact of its supply chain.

The teams had their physical activity tracked and converted into trees, which will be planted by Eden Reforestation Projects.

The IBU promised 100,000 trees will be planted in Madagascar as a result of the initiative.

The governing body last month hosted the inaugural IBU Snow Network, which featured snow management experts representing all IBU Organising Committees to determine the next steps and a roadmap for a more sustainable future.

IBU events during the upcoming season will be measure and manage their carbon footprint, the IBU says, including assessing spectator travel.

Concerns have been expressed over the potential impact of climate change on winter sport, with IOC President Thomas Bach in 2018 suggesting climate change had reduced the number of potential bidders for the Winter Olympic and Paralympic Games.

He suggested ski resorts had begun to prioritise investment in summer sports, rather than winter, due to the challenges posed by climate change.

COP26 is currently ongoing in Glasgow, with the summit considered one of the most important climate change conferences ever held.

A group of more than 50 Olympians and Paralympians have called on world leaders to deliver on climate action on Monday (November 1).

The video, initiated by British double Olympic sailing champion Hannah Mills and Olympic rower Melissa Wilson, was released to coincide with the start of the summit in the Scottish city.

Leaders attending the conference are expected to outline their climate commitments at the event, due to run until November 12.