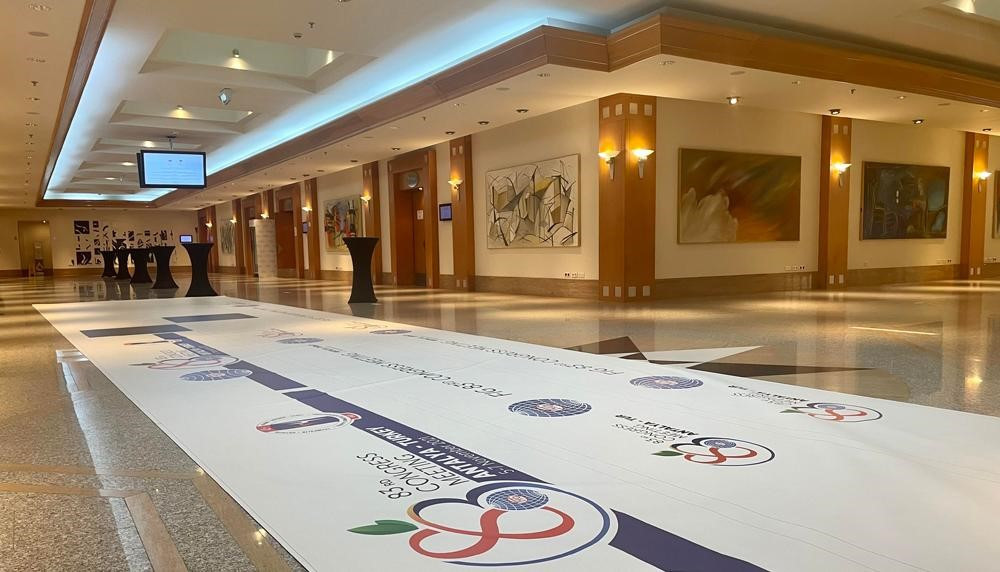 The chair of the International Gymnastics Federation's (FIG) Rhythmic Technical Committee has been provisionally reinstated to the list of candidates for the upcoming election after she appealed Russia's decision to withdraw her from the running following a dispute linked to the controversial all-around final at Tokyo 2020.

Russia had pulled Natalia Kuzmina's candidacy in retaliation for her support of the standard of judging in the final after the country had contested the result, where Israel's Dinoy Ashram shocked Russian identical twins and pre-event favourites Dina and Arina Averina.

International Gymnastics Federation (FIG) President Morinari Watanabe told Russia's official state news agency TASS that Kuzmina had been restored to the list of candidates less than a week before the vote is due to take place at the FIG Congress in Antalya.

Kuzmina had appealed to the Gymnastics Ethics Foundation (GEF) after deeming her withdrawal "unfair", Watanabe said.

Further investigation will be carried out before the vote, scheduled for Saturday (November 6), but she has been reinstated pending the final decision of the GEF.

Kuzmina is facing a challenge for the position from Noha Abou Shabana of Egypt.

Russian Rhythmic Gymnastics Federation President Irina Viner-Usmanova told the state-run RIA Novosti news agency in September that the organisation had withdrawn Kuzmina from contention because of her "nasty actions" at the Olympic Games.

The Russian Olympic Committee formally contested the outcome of the final, but the complaint was rejected and the Technical Committee confirmed the result would stand.

The FIG said it had been "appalled" by the threats and "hateful messages" judges had received following the event.

In a scathing attack, Usmanova said Kuzmina, a former coach who led the Soviet Union and Unified Team to rhythmic gymnastics gold at Seoul 1988 and Barcelona 1992, had shown that she was not truly Russian after she refused to back the complaint.

The result of the event sparked outcry in Russia, with Foreign Ministry spokeswoman Maria Zakharova claiming the judges had committed "forgery in front of the whole world".

Russia claimed Ashram was not penalised harshly enough for dropping the ribbon during the all-around event and Dina Averina, the red-hot favourite for gold, should have scored higher.

Ashram was the first non-Russian gymnast to win the gold since Ukraine's Ekaterina Serebrianskaya at Atlanta 1996, scoring 107.800 points, while Dina Averina finished second on 107.650.

More than 130 Member Federations will be represented in-person at the FIG Congress in the Turkish resort, scheduled to run from Friday to Sunday (November 7).

The highlight of the meeting is the Presidential election on Saturday, where incumbent Watanabe is being challenged by Azerbaijan's Sports Minister and European Gymnastics head Farid Gayibov.

The FIG said its membership would also discuss ethics, good governance and safeguarding following numerous scandals in the sport, as well as finances and gender representation.

Seven Federations - Congo, Guam, Haiti, Lesotho, Rwanda, Sierra Leone and Togo - are set to be granted official status by the FIG during the meeting, while Antigua and Barbuda is in line to become an associate member.