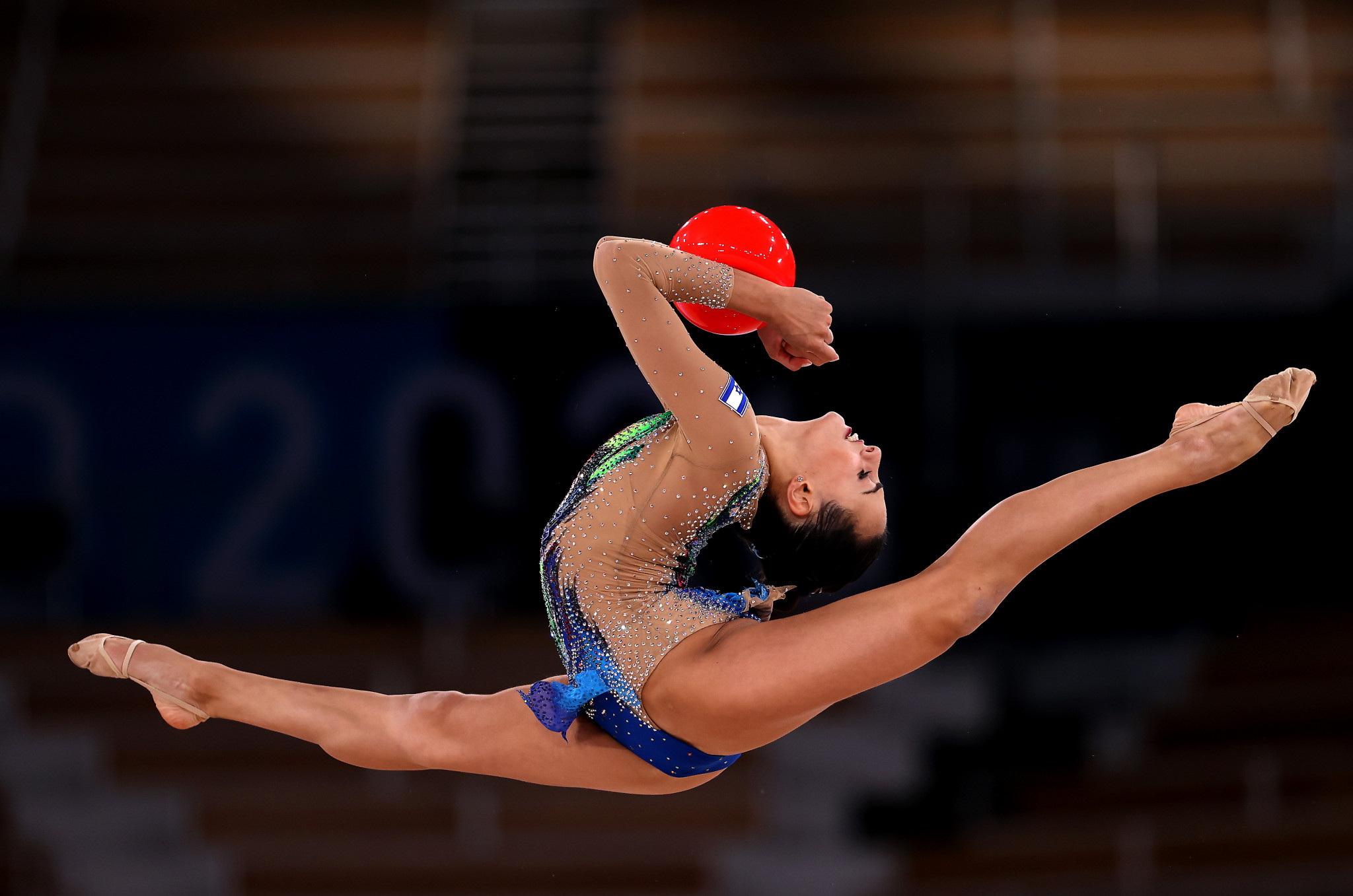 The siblings have dominated the sport and were the top two in qualification, but it was 22-year-old Ashram who triumphed after leading the Tokyo 2020 final from start to finish.

She ended on a score of 107.800 and becomes the first non-Russian gymnast to have won the title since Ukraine's Ekaterina Serebrianskaya did so at Atlanta 1996.

This meant Arina Averina was pushed out of the medals entirely, finishing fourth on 102.100 at Ariake Gymnastics Centre.

It is a result which has stunned the ROC and its official Twitter account has reacted furiously, calling it an "injustice".

Ashram earned the best score with hoop and clubs and matched Dina Averina with the ball.

But she lost her grip during her ribbon routine which meant her ROC rival would have snatched gold with a score of 24.151.

Dina Averina was only awarded 24.000, however, the best score of the day with the ribbon but not enough for overall gold.

The ROC mounted a challenge to their gymnast's score, but this was rejected.

Israel's best previous finish in rhythmic gymnastics was seventh, with Ashram having to recover from a poor performance with the hoop in qualification.

"'What happened yesterday happened, so just go to the carpet and do your best'.

"I tried not to think about anything.

"I knew I could win a medal but I didn't know which colour.

"I focused only on myself.

"I didn't look at the routines of Dina and Arina.

When asked about the judging, the Israeli added: "The judging was very good, I don't have any problem with it."

Dina Averina, the younger of the 22-year-old twins by 20 minutes, said she was not expecting gold.

"I knew that if I did my ribbon routine without any mistakes, I would be able to get a high score.

The ROC said on Twitter that Dina Averina was an Olympic silver medallist "with context".

"She became the champion from whom the gold medal was taken away," it said.

"In the most simple way - by the decision of the judges.

"She lost the Olympics to a rival who made a gross error.

"Before the final decision, the judges counted the points for an exponentially long time.

"We are sensitive to injustice."