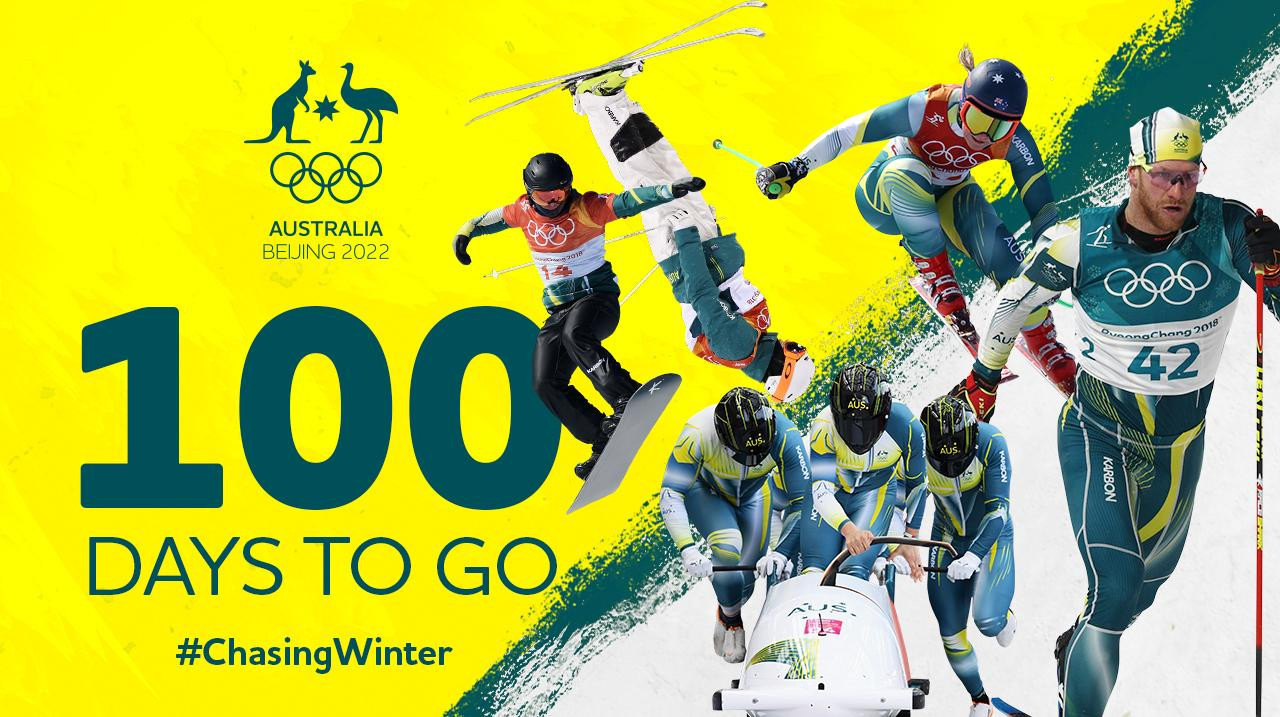 The Australian Olympic Committee (AOC) has unveiled its #ChasingWinter promotional campaign prior to the 2022 Winter Olympic Games in Beijing.

The AOC said the campaign, revealed with 100 days to go until the Beijing 2022 Opening Ceremony on February 4, will highlight "Aussie athletes' year-round pursuit of winter excellence, from the heat of Australia summers and off-season training to competing and performing in the freezing cold around the world".

Content featuring Australian Olympic hopefuls is set to be published across the AOC's channels leading up to the start of the Games.

Australia is expected to send a team of more than 40 athletes to Beijing 2022, where they will aim to add to the 15 medals they have won at the Winter Olympics.

The country has claimed three medals at each of the last three Winter Olympics, with their last gold medal coming at Vancouver 2010.

"With key qualification and World Cup events coming up, this is the most important 100 days of the entire four year quad for our athletes, coaches and support staff," said Australia's Chef de Mission Geoff Lipshut.

"We'll continue to strive to give our athletes the opportunity to have their best performance on their biggest day.

"Our winter athletes spend so much time competing, preparing and performing at a world class level away from Australia, and I look forward to Australia getting to know the stories of our athletes and see them perform on the biggest stage."