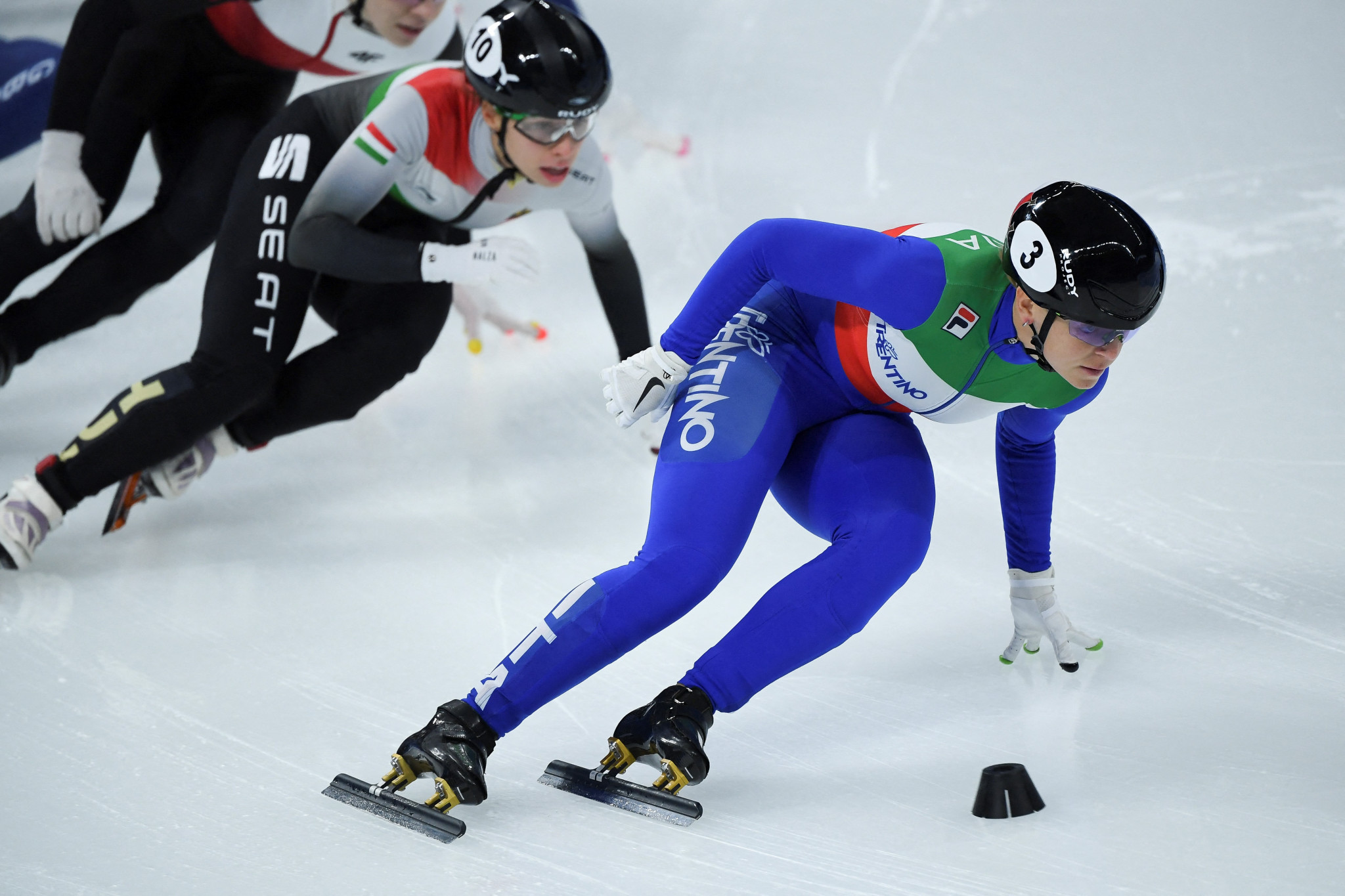 Confortola pulled off an impressive coup at the Nippon Gaishi Arena in Japan to secure his first-ever gold medal in an individual World Cup event after finishing the men's 1500 metres race in 2 mins 22.547 secs.

The 35-year-old was streets ahead of the chasing pack.

There was a mere 0.540 seconds between second and seventh in the final.

Dae-heon was able to better his 1500m performance after snatching the gold medal away from China's Ren Ziwei.

Canadian Steven Dubois exploded out of the gate but fell behind midway through the race before being disqualified for causing contact, bringing down Denis Nikisha of Kazakhstan with one and a half laps remaining.

Hwang timed his run to the front perfectly to see off Ren on the final stretch while Nikisha was awarded bronze.

Seven-time overall ISU European Short Track Speed Skating champion Fontana picked up Italy's second gold medal of the day in the women's 500m following a brilliant overtake on Poland's Natalia Maliszewska on the penultimate lap to finish in 43.593sec, 0.187 ahead of her rival.

China's Fan Kexin finished closely behind to secure the bronze medal in 43.865.

Choi Min-jeong of South Korea was forced to miss out after suffering a knee injury in last week's World Cup event in Beijing in China.

The reigning World Cup champion took the lead in the race with six laps to go and never looked like losing it from that moment on.

Fontana was determined to secure a golden double on the day and almost produced a comeback, but Schulting crossed the line in 2:25.230 ahead of the Italian in 2:25.313.