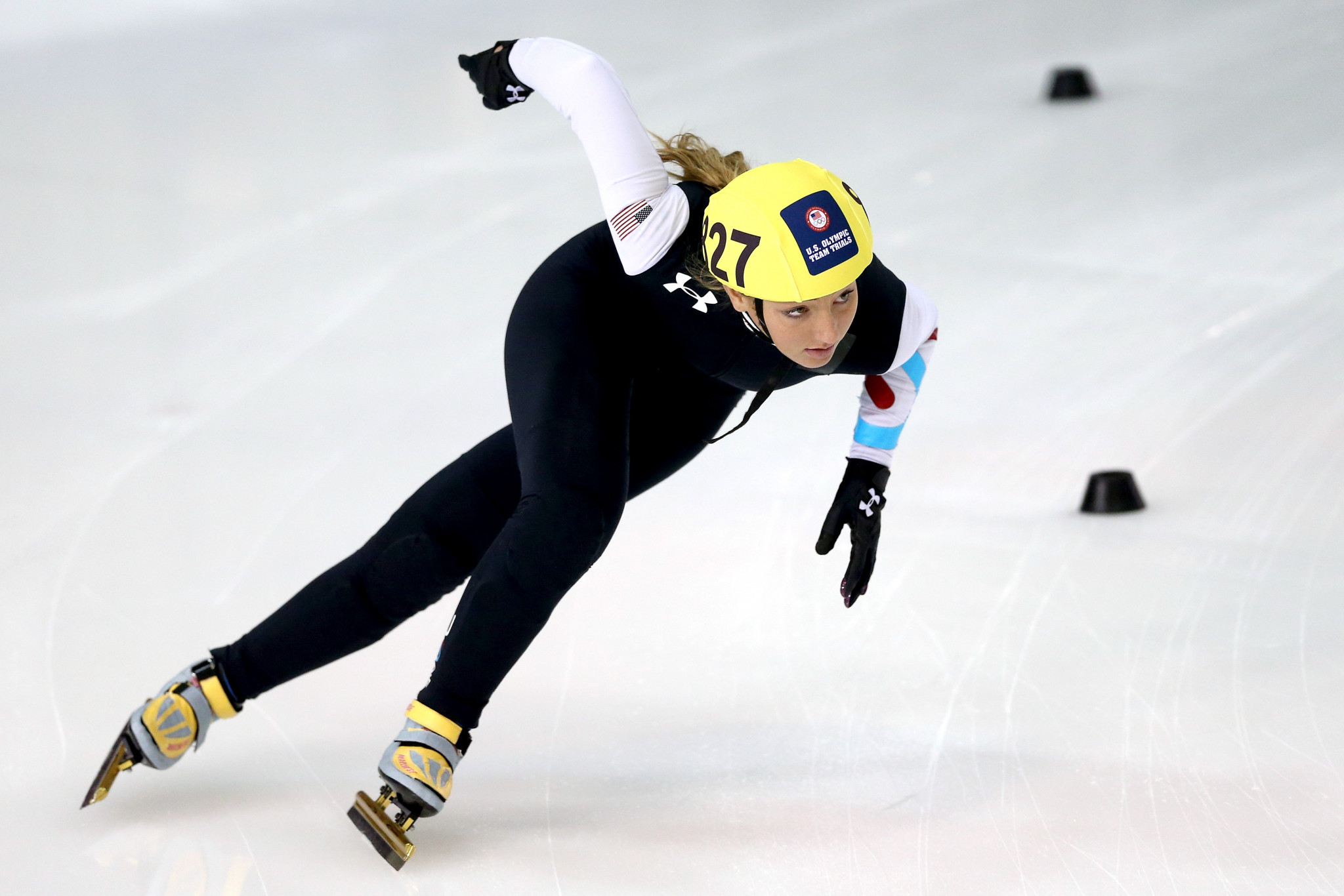 US Speedskating has announced a 10-strong squad for the Short Track World Cup season, which will take place in four different countries.

Kristen Santos, Corinne Stoddard, Julie Letai, Maame Biney and Kamryn Lute have made it on to the women's team.

The veteran Santos has been the United States' top short track speed skater for the past two seasons.

She won her first individual World Cup medal in November 2019, a bronze in the 1,000m, and then finished fourth in the 500m at the 2021 World Championships.

Biney finished in 14th at the Pyeongchang 2018 Winter Olympics but has since won a 500m gold medal at the 2019 Junior World Championships and an individual World Cup medal - 500m bronze in February 2019 in Turin.

The US has not won a women's Olympic short track medal in 12 years, since Katherine Reutter claimed silver in the 1,000m and the relay team won bronze at Vancouver 2010.

However, Biney, Letai, Santos and Stoddard won World Cup relay bronze in Turin in 2019 for the first time in eight years.

The men's team is made up of Ryan Pivirotto, Andrew Heo, Brandon Kim, Clayton DeClemente and Adam Callister.

The Americans have won at least one men’s short track medal at each of the last five Winter Olympics, although none of the current athletes have won a World Cup or World Championships medal, except for a relay bronze for Pivirotto nearly seven years ago.

The first World Cup of the season is due to be held in Beijing in China from October 21 to 24, followed by the second event in Japanese city Nagoya from October 28 to 31 - although the coronavirus crisis could yet throw a spanner in the works.

The American team are then set to head to Debrecen in Hungary between November 18 and 21.

The last World Cup stop will be held from November 25 to 28 in Dordrecht in The Netherlands.