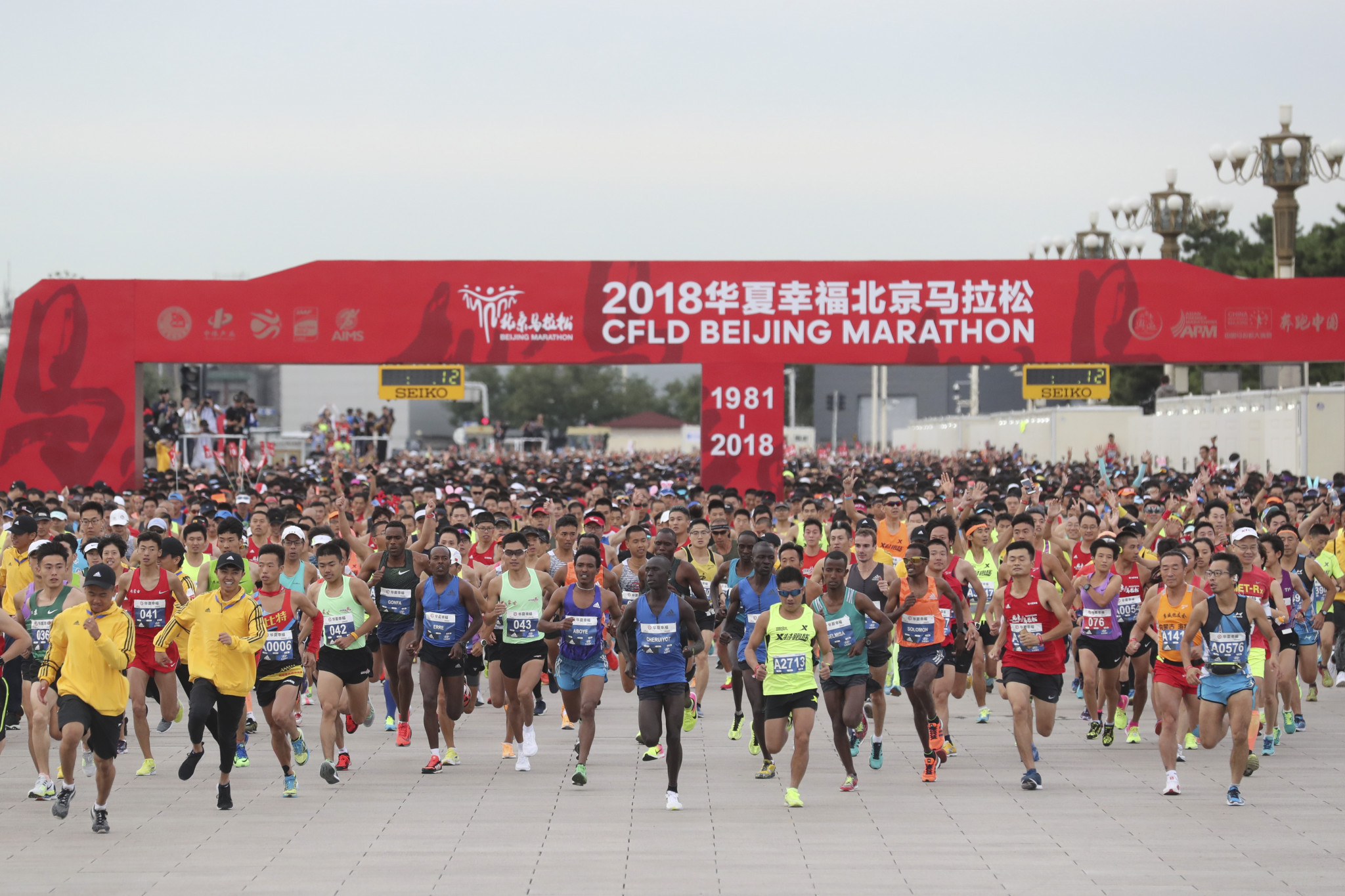 The Beijing Marathon has been postponed amid a surge in COVID-19 cases as China aims to stamp out the outbreak prior to the 2022 Winter Olympic Games in the capital.

The cases were found in tests as part of China's zero-tolerance approach, with just over 100 days until the start of Beijing 2022.

In a statement, the race organisers said it would be postponed until further notice "in order to prevent the risk of the epidemic spreading (and) effectively protect the health and safety of the majority of runners, staff and residents".

Approximately 30,000 people were expected to take part in the event scheduled for October 31.

Many countries such as Australia have switched from a zero-tolerance policy to living with the virus.

But China has stuck to a highly stringent strategy by implementing harsh lockdowns, mass testing and pursuing large vaccination drives - about 75.6 per cent of China's population, which is more than one billion people, had received complete vaccine doses as of Saturday (October 23).

China's strict approach has seen almost all international and large-scale sporting events cancelled, with the National Games of China last month signalling the beginning of hosting competitions once more as next year's Winter Olympics and Paralympics loom.

The Wuhan Marathon, which was due to have taken place yesterday, was also cancelled at short notice amid worries over the coronavirus resurgence.

Meanwhile, the Hong Kong Marathon - which was suspended for more than one and a half years due to the pandemic – took place on the same day as Wuhan's was cancelled to mark the city's first major sports competition opened to public participation.

A total of 18,500 entries were accepted to the race, which implemented coronavirus countermeasures, including the requirement of being fully vaccinated and regular testing.