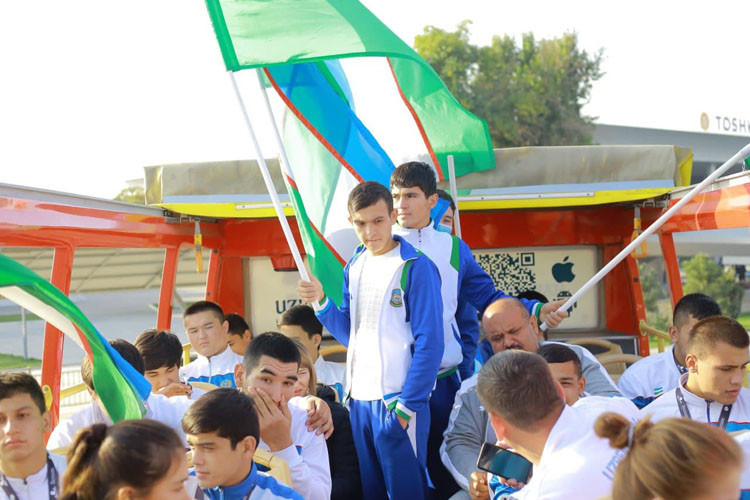 Uzbekistan's sambists were treated to an open top bus after their superb display at the World Youth and Junior Championships in Greece.

The country won six gold medals, three silvers and eight bronze in Thessaloniki earlier this month, enough to finish second on the medal table behind the sport's dominant force Russia.

Members of the team were taken to the Ministry of Tourism and Sports on the specially decorated bus after arriving home at Islam Karimov Tashkent International Airport.

They received support from people on the streets of the Uzbek capital.

At the airport, the team were given a red carpet welcome and were also greeted by a military band.

During a ceremony at the Ministry, the team was congratulated by Deputy Minister of Tourism and Sports Avaz Karimov and Oybek Kasymov, the secretary general of the Uzbekistan National Olympic Committee.

Sambo is growing in popularity in Uzbekistan, with Tashkent due to host the senior World Championships next month.