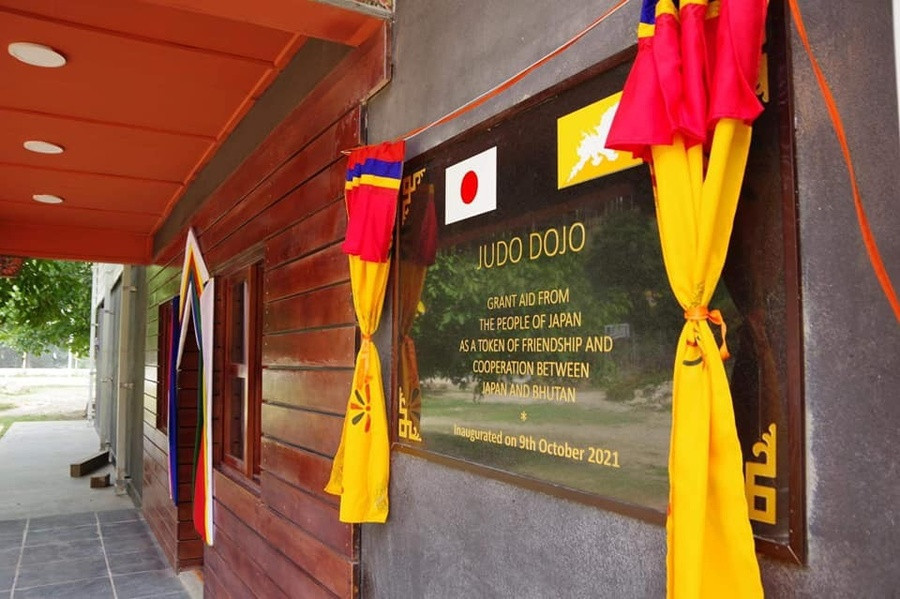 The Bhutan Olympic Committee has congratulated the Bhutan Judo Association on the inauguration of its new dojo with an official Opening Ceremony.

The dojo was funded with grant-in-aid money from Japan as a token of friendship and cooperation between the two countries.

The ceremony was held online due to ongoing COVID-19-related concerns.

Lyonpo Tandi Dorji, Minister for Foreign Affairs in Bhutan and Satoshi Suzuki, Ambassador of Japan to Bhutan, were in attendance.

Bhutan's first Olympic judoka, Ngawang Namgyel, spoke of his experience at Tokyo 2020 at the ceremony while participants were also shown a history of judo in the country.

Namgyel lost in the first round of the men's under-60-kilogram event in Japan.

The defeat was attributed to the lack of access to a suitable training area for his Games preparations.

The Bhutan Judo Association concluded the ceremony by thanking the Embassy of Japan for staging the event.