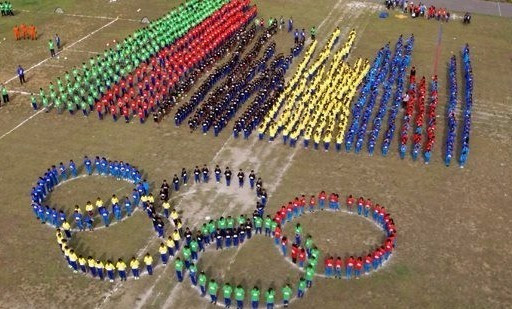 The Bhutan Olympic Committee (BOC) has held an Olympic Day celebration for youngsters in Wangdue.

More than 1,500 students from six schools took part at the Tencholing Ground in the Asian country.

They took part in 14 sports with a five kilometre fun-run also held.

The BOC hold the Olympic Day in a different "dzongkhag" - a district of Bhutan - each year.

This allows the governing body to take sport to all areas of the country.

Bhutan has celebrated Olympic Day - which takes place around the world on June 23 - early.

The day commemorates the birth of the Modern Olympic Games in 1894 at the Sorbonne in Paris.

It is used as a global celebration of the Olympic Movement, seeking to promote fitness, well-being, culture and education through the three Olympic Day pillars - move, learn and discover.

Bhutan has competed at every edition of the Summer Olympics since Los Angeles 1984 but are still awaiting their first medal.

Shooter Kunzang Lenchu did not advance in the women's 10 metre air rifle.