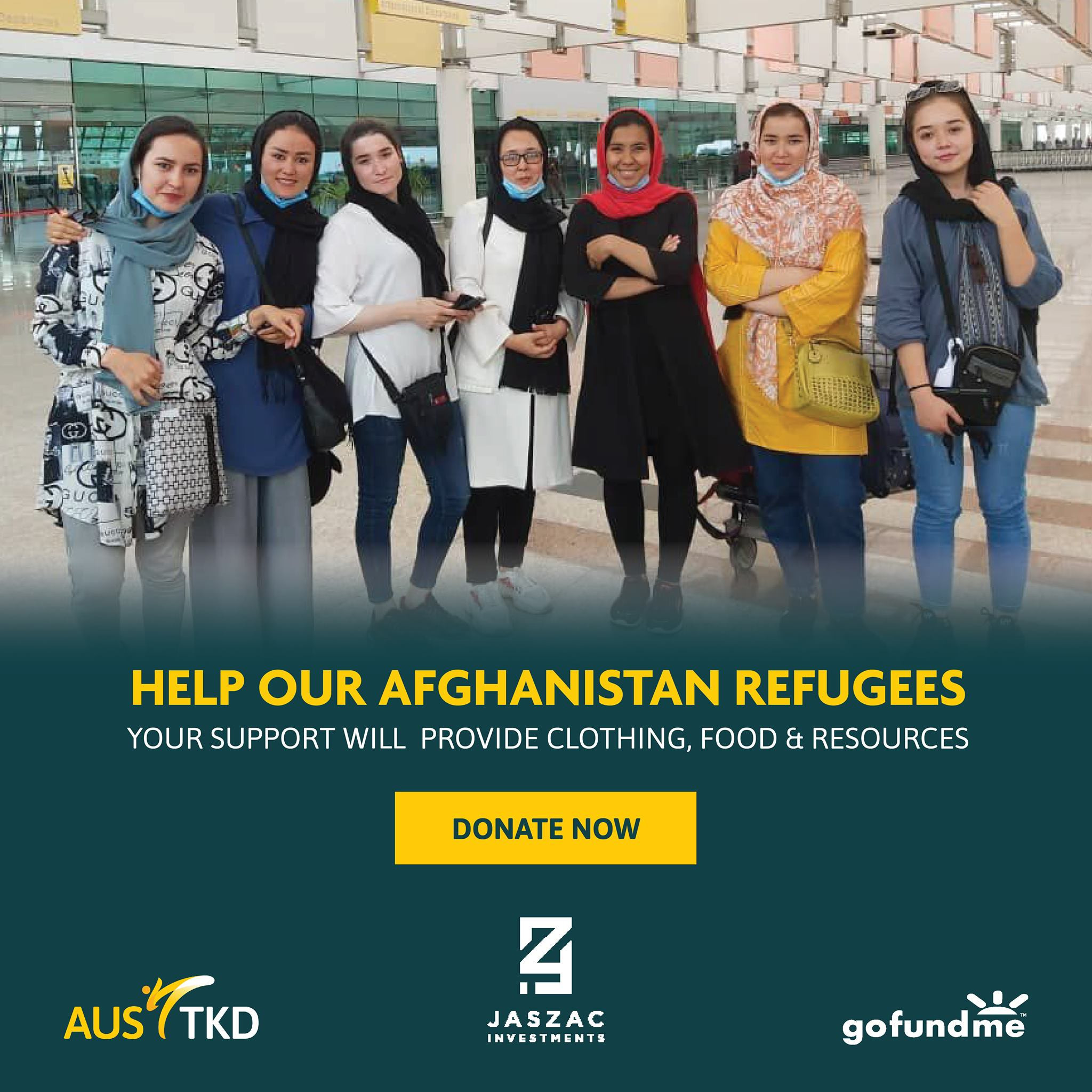 Australian Taekwondo has launched a fundraising platform for seven female taekwondo athletes from Afghanistan who have begun life as refugees in Melbourne.

The group fled their home country with the help of the Australian Government, Australian Taekwondo and Oceania Taekwondo after the Taliban returned to power.

And as they begin new lives in Melbourne, Australian Taekwondo and Jaszac Investments have started a GoFundMe page for their benefit.

"Their story is one of courage and perseverance and having had interacted with them since their arrival, it is amazing that they remain positive despite having to abandon everything they knew and loved," Jaszac Invetments chief executive Daniel Trenton - a silver medallist in taekwondo at the Sydney 2000 Olympics - said.

"Their ages range from 16 to 25 and some of them have aspirations to represent Australia in taekwondo at the Olympics in 2024 and beyond.

"Having refugee status, they may potentially realise that newly founded dream.

"They are staying in Melbourne with limited contacts and resources to get by."

Donations will go towards buying food, clothing and other essentials for the group.

Oceania Taekwondo President John Kotsifas - who has experience as an immigration lawyer - played a significant role in the mission to rescue the athletes from Talban-controlled Afghanistan, although it was revealed last month that player remains in Kabul.

The Taliban banned women's sport when it was las in power, before being ousted in 2001, and has already moved to reduce women's rights after sweeping to power when the withdrawal of he American military earlier this year left a power vacuum.

World Taekwondo has made supporting refugees a priority and established the Taekwondo Humanitarian Foundation (THF) in 2016.

The THF send teams of taekwondo coaches to teach in refugee camps and has an academy set up at the Azraq Refugee Camp in Jordan, as well as rolling out projects in Burundi, Djibouti, Nepal, Rwanda and Turkey.

The fundraiser for the refugee taekwondo players in Melbourne can be viewed here.