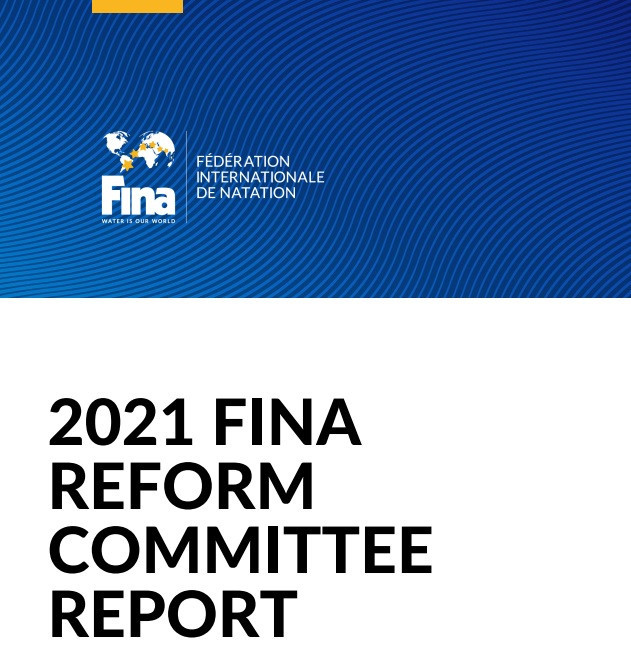 The International Swimming Federation (FINA) is set to establish an integrity unit as part of widespread reforms recommended by a panel which found "significant issues" with areas of its governance.

A report from the FINA Reform Committee raised concerns over the organisation's integrity and independence, possible conflicts of interest in anti-doping, and the marketing and promotion of the sport.

Members of the ruling Bureau approved the contents of the document, which is critical of the way FINA has operated for decades.

The Aquatics Integrity Unit (AIU), which would align FINA with other major International Federations such as World Athletics, would oversee areas including anti-doping, event manipulation and corruptible offences, and ethical violations.

FINA has also been urged to scrap its Doping Panel - which controversially cleared Chinese Olympic champion Sun Yang of wrongdoing before he was eventually given a four-year ban for tampering on appeal - and enlist the Court of Arbitration for Sport Anti-Doping Division to adjudicate on anti-doping rule violations.

The Committee said this would address possible allegations of a conflict of interest with the Doping Panel, whose members are appointed by the FINA Bureau.

FINA is hopeful the formation of the AIU - at least one member of which will be a retired athlete - will be approved during an Extraordinary Congress in Abu Dhabi on December 18, with a view to it becoming operational next June.

"For years FINA has been criticised for the way in which it handles not only alleged anti-doping rule violations, but all other matters of integrity such as ethical violations and corruptible offences," the report said.

"Alleged offences were referred to the respected adjudicatory body in clandestine fashion, often without explanation why certain matters were considered alleged offenses and others were not.

"Athletes, in particular, have had little faith in the integrity of the FINA anti-doping, adjudication and ethical system.

"Put simply, independence is the hallmark of any integrity system and the current systems employed by FINA lack this necessary independence and transparency."

Significant changes to the FINA Constitution and Code of Ethics have also been proposed, with the Committee claiming the process for ethics investigations and referral to the Ethics Panel "was not transparent and created significant distrust within the FINA family and general public".

FINA has been told to disband its current Ethics Panel in favour of creating an Investigatory Chamber, an Adjudicatory Chamber and a chief ethics and compliance officer position.

It is similar to the model adopted by FIFA, which also appointed Carrard to review its governance following the corruption scandal in 2015.

Presidential term limits of 12 years, reviewing an events calendar described by the Committee as "too dense" and favouring "quantity over quality", potentially changing the name of FINA and increasing prize money are among the other key recommendations, along with addressing the lack of women in high-profile positions.

The Committee was established following a vow made by FINA President Husain Al-Musallam to reform the organisation after he was elected to succeed longstanding predecessor Julio Maglione in June.

"This is the first giant step or leap in that promise of significant reform to the FINA community," said FINA executive director Brent Nowicki.

"The report is that it is very forward-looking, not designed to look backwards.

"I am confident [the recommendations will be approved] as we have complete Bureau support and resonate right through to the National Federations."