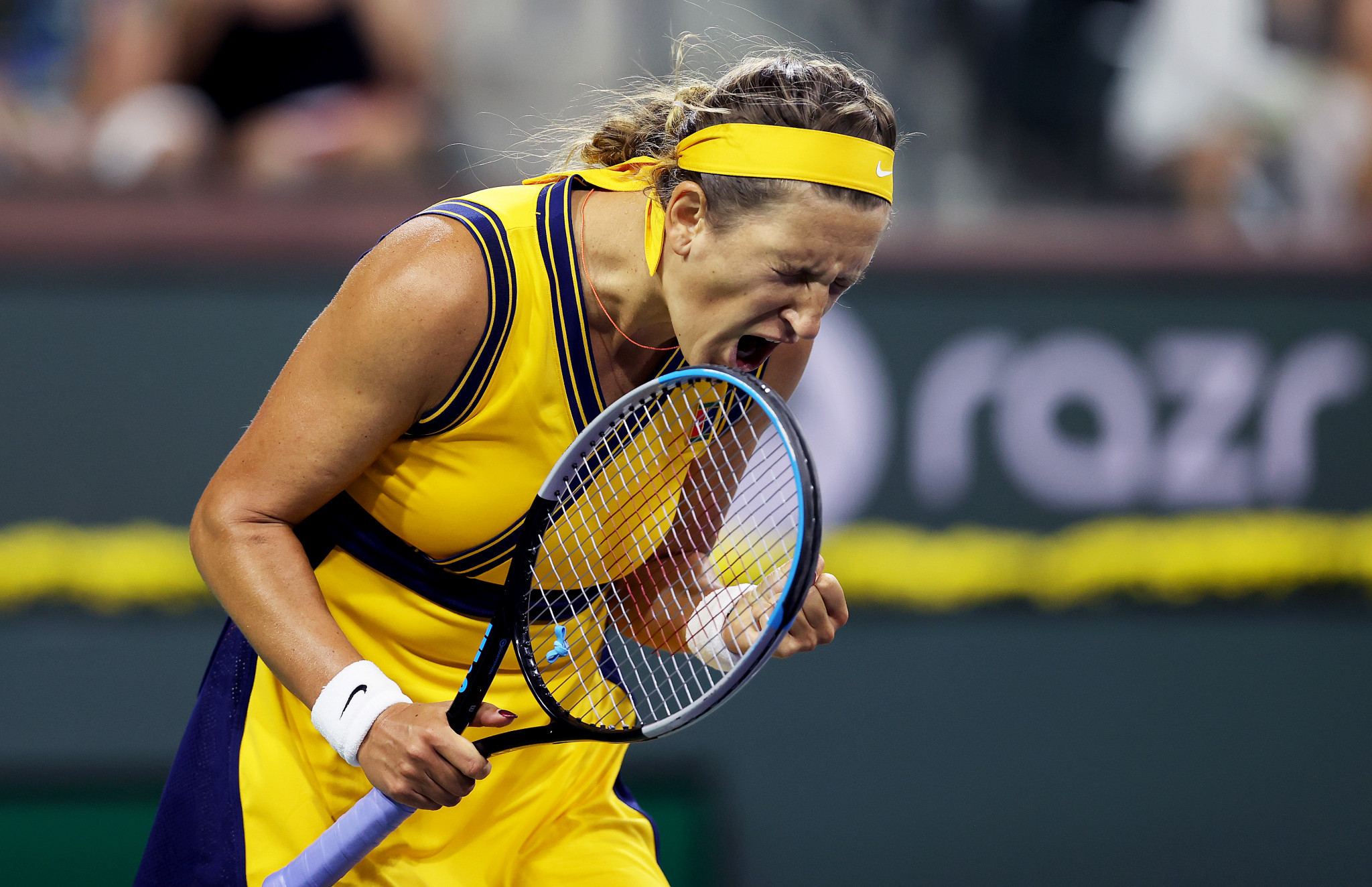 In the ninth meeting between the pair, it was the 2012 and 2016 champion who came out on top, helped by 25 winners and nine aces.

Both players lost serve in six consecutive games in the first set, and Azarenka later found the decisive breakthrough then held to take it 7-5.

An early break in the second, followed by another at four apiece enabled the two-time Grand Slam champion to triumph 6-4.

"I think it was a good match. It was very close, which I knew it was going to be, going to be kind of hard to catch rhythm," the Belarusian said afterwards.

"It was a lot of firsts, whoever gets the opportunity to kind of move the ball first, be aggressive.

"I wasn't expecting too many big rallies.

"I thought it was good. I'm happy with the way I closed out both sets. I think those were important moments.

"I took those opportunities into my own hands."

The second seed Iga Świątek of Poland is looking for her second Women's Tennis Association (WTA) 1000 event win of the year, and recorded an emphatic 6-0, 6-1 victory against Russia's 25th seed Veronika Kudermetova.

Latvia's former French Open champion Jeļena Ostapenko is next up for Świątek, after she overcame Kazakhstan's Yulia Putintseva 6-3, 2-6, 6-3.

Fourth seed Elina Svitolina of Ukraine had to come from behind and was taken to a deciding tiebreak by Romania's Sorana Cîrstea, in which she triumphed 7-3 to progress 4-6, 6-4, 7-6.

American Jessica Pegula will be her next opponent as she beat Italian lucky loser Jasmine Paolini 6-4, 6-1.

The 19-year-old US Open runner-up Leylah Fernandez of Canada continued her remarkable form as she came from behind to defeat Russia' French Open finalist Anastasia Pavlyuchenkova 5-7, 6-2, 6-3.

Shelby Rogers of the United States stands in her way of a place in the quarter-finals as she cruised past Romania's Irina-Camelia Begu 6-0, 6-2.

In the men's singles, the third round line-up was completed, with Greek world number three Stefanos Tsitsipas to be involved after a 6-2, 6-4 victory against Spain's Pedro Martínez.

He will play Fabio Fognini after the Italian's 6-4, 4-6, 6-3 win against Jan-Lennard Struff of Germany.

Germany's Alexander Zverev has won two ATP Masters 1000 tournaments this year, including in Cincinnati in August, as well as the Olympic gold medal, but was taken to three sets by home favourite Jenson Brooksby in an eventual 6-4, 3-6, 6-1 win.

An appealing match against British wildcard Sir Andy Murray is up next as the three-time Grand Slam winner and finalist at Indian Wells back in 2009 continued his latest comeback from injury by coming form behind to beat Spain's Carlos Alcaraz 5-7, 6-3, 6-2.

Seventh seed Félix Auger-Aliassime of Canada was the biggest casualty of the day's action as he lost in straight sets to Albert Ramos Viñolas 6-4, 6-2.

The Spaniard will now play Georgia's Nikoloz Basilashvili in the third round as he dispatched American qualifier Christopher Eubanks 6-4, 6-4.

Czech omen's singles top seed Karolína Plíšková is back in action tomorrow in her third-round tie against lucky loser Beatriz Haddad Maia of Brazil, and could face defending champion Bianca Andreescu of Canada in the fourth round if she can beat Estonia's Anett Kontaveit.