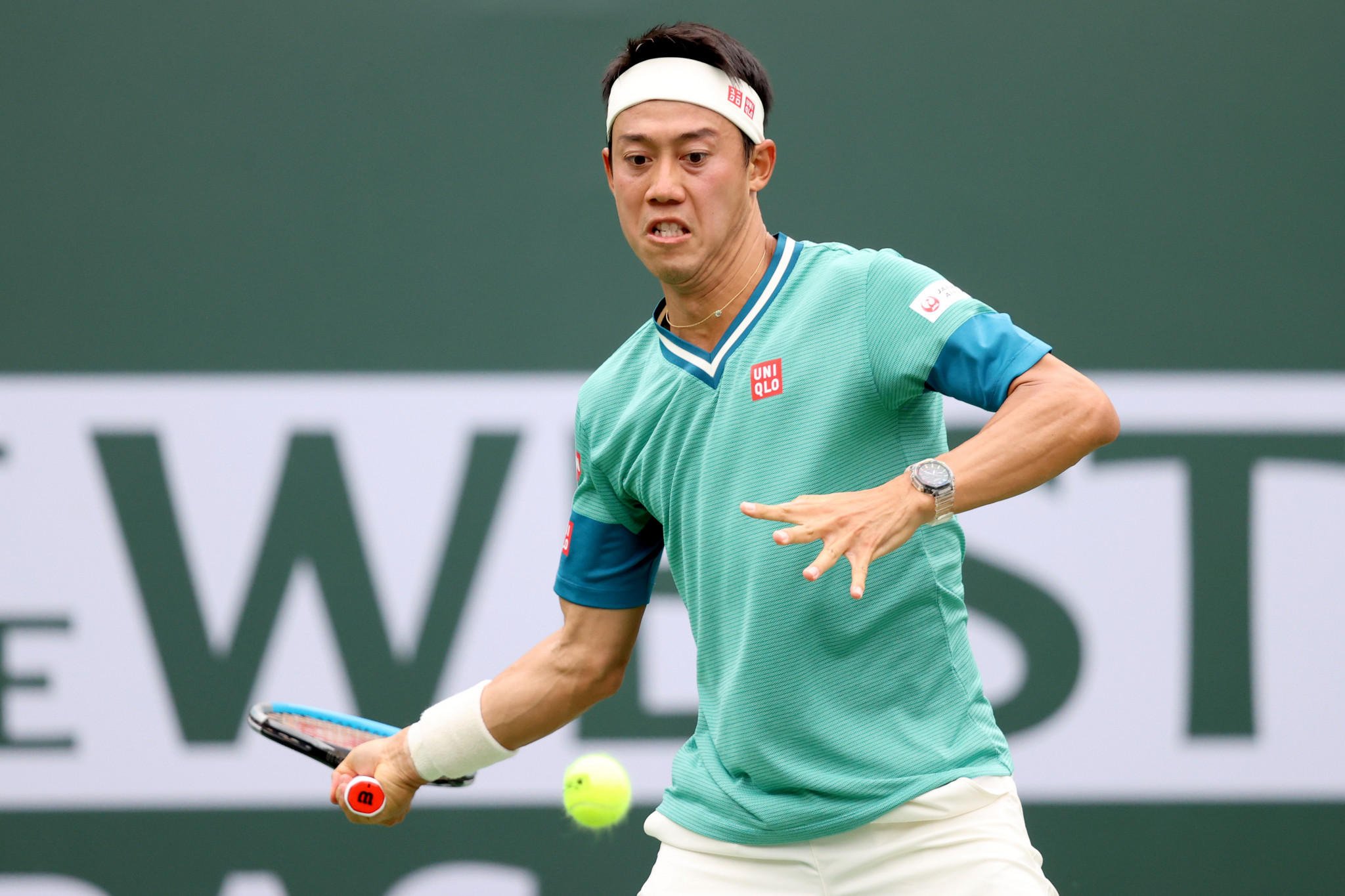 Kei Nishikori was in danger of suffering a first-round defeat at the Indian Wells Masters, but the former world number four rallied from a set down to beat João Sousa 6-7, 6-3, 6-2 in California.

Nishikori struggled to contain his Portuguese opponent as he lost the first set and then immediately fell behind a break in the second.

However, the Japanese regained his composure to win his opening match at the Indian Wells Masters for the seventh time.

The 31-year-old is in a difficult part of the draw and will play 18th-seeded Briton Dan Evans next.

In their last meeting, at the 2020 French Open, Nishikori won a five-set duel which lasted nearly four hours.

Cressy will face a huge challenge in the second round as he goes up against 11th seed Diego Schwartzman of Argentina.

In the women's draw, a trio of Americans ruled the day.

Amanda Anisimova and Lauren Davis also booked their spots into the second round with dominant straight-set wins.

The 2019 French Open semi-finalist won 90 per cent of her first-serve points and did not face a break point against the 17-year-old wildcard.

Anisimova will face Italy's Camila Giorgi, who won the Canada Masters in August, in the second round.

Davis came through her opener against Spain's Nuria Parrizas, winning 6-2, 7-5.

The win earns Davis a tie with 22nd seed and San Jose champion Danielle Collins of the United States next.

There was disappointment for 38-year-old Kim Clijsters, however.

The Belgian - a four-time Grand Slam winner on the comeback trail - fell 6-1, 2-6, 6-2 against Czech Kateřina Siniaková.