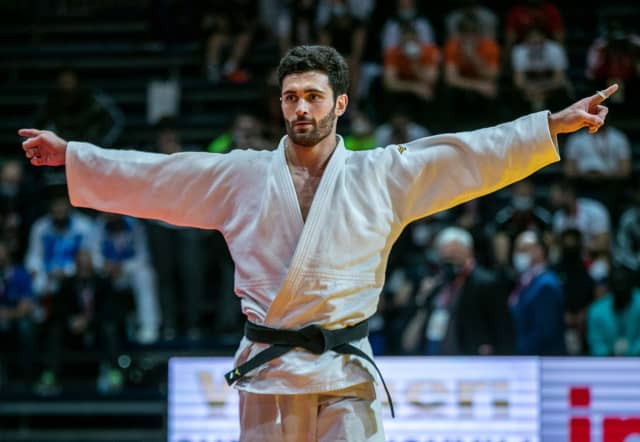 Giorgi Sherazadishvili picked up Georgia's second gold medal at the International Judo Federation (IJF) World Junior Judo Championships in the Italian city of Olbia, while Spain and Hungary claimed their first on the third day of competition.

Georgian Giorgi Sardalashvili was victorious in the men's under-60kg division on day one, and Sherazadishvili triumphed against Russia's Adam Tsechoev to take the men's under-81kg title.

"All Georgian judoka are strong because we work hard and we help each other," Sherazadishvili said after his win.

"We are never alone on the mat, with all of the team and a whole country supporting each judoka.

"There is no better motivation than that."

Ayan Baigazy of Kazakhstan dominated the first bronze medal contest to defeat Azerbaijan's Eljan Hajiyev, while Artem Bubyr from Ukraine overcame Italy's Bright Maddaloni Nosa to round off the podium.

In the women's under-70kg, the reigning cadet world champion, Ai Tsunoda Roustant of Spain, added a junior title to her name as she beat Croatia's Lara Cvjetko.

The men's under-90kg gold medal bout saw Peter Safrany of Hungary see off the challenge of The Netherlands' Tigo Renes.

Tomorrow is the penultimate day of competition in Olbia.