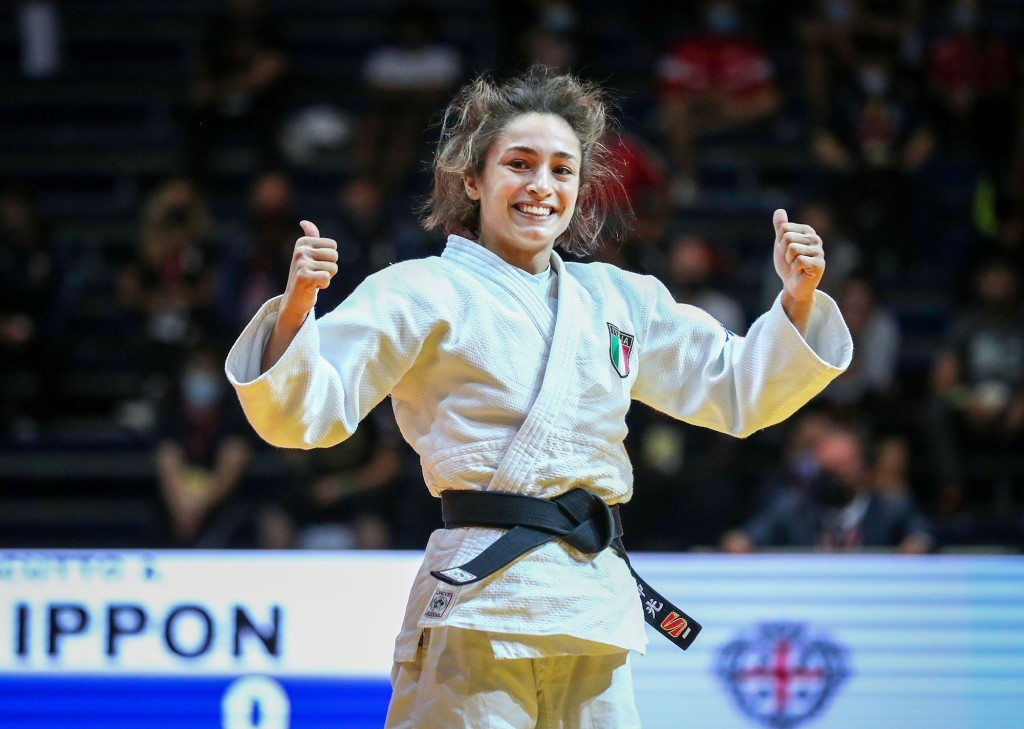 Scutto triumphed over Russia's Irena Khubulova in the women's under-48 kilogram final, scoring an ippon inside one minute courtesy of an osae-komi-waza technique.

"I have so many emotions that it is hard to explain," said Scutto afterwards.

"Today it was my day but I did not know that this morning.

"I wanted to win because it is a world title and because I’m at home.

"I was so nervous in the first round that it became my toughest contest.

"The rest was just perfect."

Asia Avanzato earned a second Italian place on the podium as she beat Anastasiia Balaban of Bulgaria to bronze after scoring a waza-ari with a low-o-soto-gari, while Brazil's Rafaela Batista earned the other bronze on offer at the expense of France's Léa Beres.

Giulia Carna had a chance to secure a second gold for the hosts in the women's under-52kg, but lost to France's Chloe Devictor in the final.

The men's under-60 kilogram title went to Giorgi Sardalashvili of Georgia after he beat Azerbaijan's Turan Bayramov in the final, his opponent having knocked out France's top seed Romain Valadier Picard in the quarter-finals.

Picard was able to take home a bronze after winning his repechage before overcoming Yam Wolczak of Israel, with Sherzod Davlatov of Kazakhstan taking the other medal on offer by beating Uzbekistan's Kamoliddin Bakhtiyorov Kamoliddin.

To round off the action on day one, Abrek Naguchev of Russia clinched the men's under-66kg gold, with Germany's Lennart Slamberger forced to settle for silver.

Vizer thanked organisers in his remarks before competition began.

"It’s a great moment to organise the Junior World Championships, during the time of COVID," the IJF President said.

"I want to thank all participants and National Federations for all their efforts.

"I also want to address all our consideration to the Mayor of the city of Olbia and to the Sardinian region, as well as the European Judo Union, the Italian Judo Federation and all those involved in making this event a success.

"Welcome to you all and I declare the 2021 Junior World Championships, Olbia, Sardinia, Italy, open."