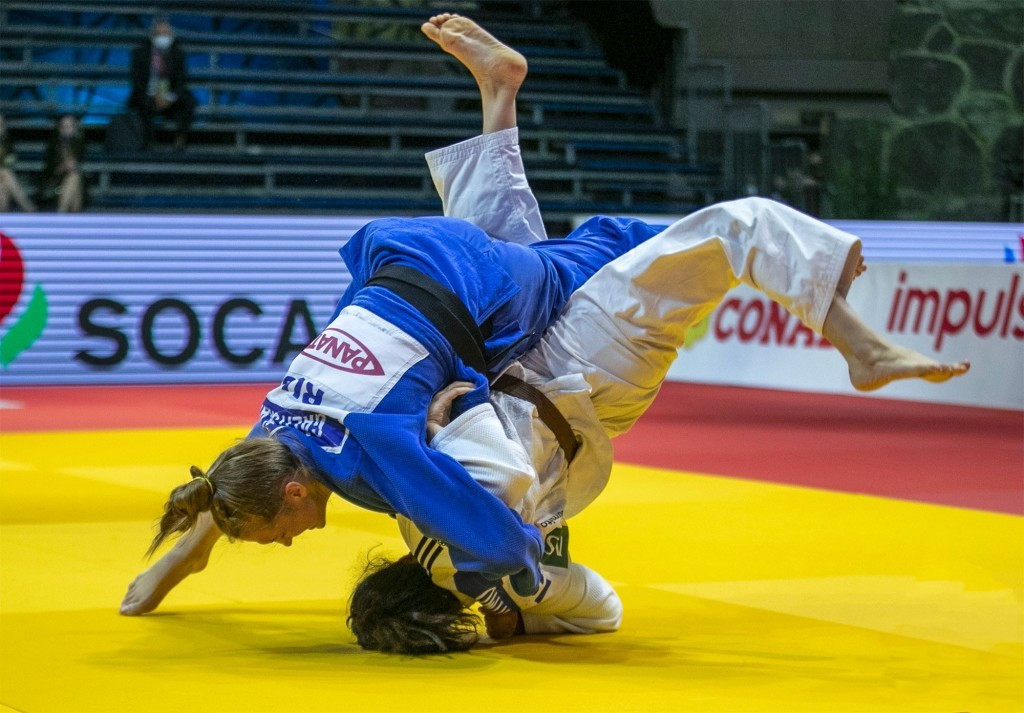 Kseniia Galitskaia picked up Russia's second gold medal of the International Judo Federation (IJF) World Junior Judo Championships in the Italian city of Olbia, with Romania and The Netherlands also getting off the mark on day two.

Galitskaia faced Israel's Kerem Primo in a closely-fought women's under-57 kilogram final, but it was the Russian who came out on top as she notched an ippon with an acrobatic uchi-mata sukashi in response to her opponent's uchi-mata attempt.

"It was the first time we faced each other so I did not know what to expect," Galitskaia said afterwards.

"I saw she likes to attack; me too!

"And that is what happened.

"We both attacked at the same time but I was faster.

Her victory moved Russia to the top of the medal table at the IJF World Junior Championships, following Abrek Naguchev's victory in the men's under-66kg yesterday.

Ozlem Yildiz of Turkey took the first women's under-57kg bronze at the expense of Italy's Veronica Toniolo, before Faiza Mokdar of France took the other against Russian Natalia Elkina.

The men's under-73kg final saw Adrian Sulca of Romania clinch the title, beating Turkey's Umalt Demirel by pinning him down for an ippon.

France's Joan-Benjamin Gaba was disqualified for a second consecutive match at the championships as he applied a forbidden technique having already been penalised twice to hand the first bronze medal to Luigi Centracchio for the host nation.

Daniel Pochop of the Czech Republic earned the final place on the podium against Slovenia's Jus Mecilosek.

Dutch judoka Joanne Van Lisehout had already knocked the Hungarian defending champion and favourite Szofi Ozbas out of the women's under-63kg competition at the quarter-final stage, and she went on to secure gold by beating Laura Vazquez Fernandez of Spain in the final.

Brigitta Varga secured a bronze medal against France's Mélodie Turpin, but Croatia's Katarina Kristo prevented Hungary from earning two places on the podium with a win against Ozbas.

There are two days of individual events remaining at the IJF World Junior Championships, followed by the team competitions on Sunday (October 10).