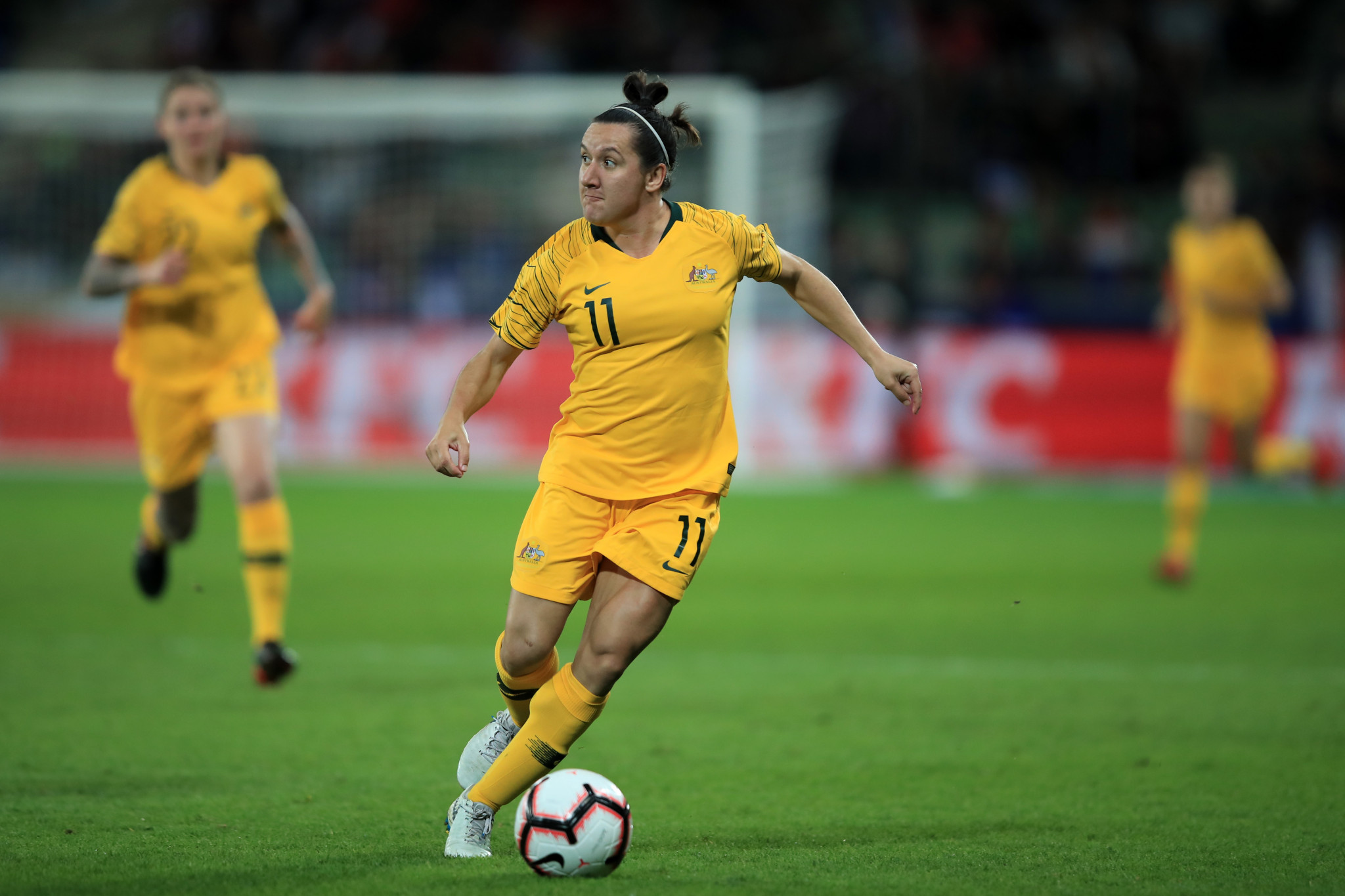 De Vanna's comments were in response to American star Rapinoe's criticism of a 2015 statement from the Portland Thorns in which the club's general manager Gavin Wilkinson thanked head coach Paul Riley for his services in an announcement confirming his departure.

The Twitter thread quoted by Rapinoe featured two other examples from 2016 and 2017 of Riley being praised, and she said this amounted to "men protecting men, who are abusing women."

A recent report in The Athletic detailed allegations of sexual coercion from players coached by Riley since 2010.

Riley has since been sacked as head coach of the North Carolina Courage and suspended by US Soccer.

In an interview with Australian newspaper The Daily Telegraph, De Vanna expanded on a "toxic culture" in women's football in her country, including one incident at youth team level in which she said she was "pulled down from behind and dry-humped by a few of my teammates".

I agree @mPinoe but I have witnessed W my eyes..

"There needs to be consequences," De Vanna commented.

"There needs to be accountability.

"I have seen cultural problems at all levels throughout the years - from men and women - and girls coming through need to be brave, and also the girls that have been through this also need to be brave and know they are not alone.

"Have I been sexually harassed?

"Have I been bullied?

"Have I seen things that have made me uncomfortable?

"In any sporting organisation and in any environment, grooming, preying and unprofessional behaviour makes me sick.

"As a youngster and a player I didn't know how to address this … but it is still happening across all levels and it's time to speak up."

De Vanna made 150 caps for Australia during her international career, with her 47 goals only bettered by one by Sam Kerr.

She retired from football last month.

The allegations in the report date back 20 years to her involvement with the Young Matildas, and it also features claims from another former player, Rhali Dobson, who says she was the victim of predatory behaviour.

In a statement, FA said it had recently met with De Vanna but was not aware of the specific claims.

"While it is not appropriate to discuss individual cases, we have met with Lisa De Vanna and heard her grievances, and can confirm that the specific allegations made public were not raised with us in that meeting," FA said.

"We have no knowledge of what steps, if any our predecessor organisation, Soccer Australia, undertook in 2001.

"In the event that Lisa chooses to lodge a formal complaint through the appropriate channels, we will be in a position to investigate and, if appropriate, act accordingly.

"The same process is open to Rhali Dobson and other former players and staff to formally bring forward any claims."

FA also said it had implemented at least three-quarters of the recommendations from the 2019 Independent Review of National Teams Management, a process which was ongoing to apply the remaining suggestions, and would go further in "addressing the cultural issues of the past."

It added that it had "introduced equal pay improvements", a "revised member protection framework and whistle-blower policy," and had a majority female representation on its nine-person Board.

Women's football in Australia's governing body since 2005 affirmed it "takes a zero-tolerance approach to any conduct which breaches the standards and values expected of people involved in the game," urging anyone with concerns to make a formal complaint.

The SIA and FA have since confirmed that anyone involved in football past or present will be able to submit and have complaints managed directly by the agency, with the National Sports Tribunal able to hear any disputes that fall under the complaints process.

Further details are to be announced in the coming weeks.