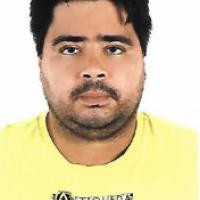 Caio Vinicius Da Silva Pereira of Brazil has been stripped of the F12 shot put gold medal he claimed at the 2019 Parapan American Games in Lima after his sample from the event tested positive for a banned substance.

Pereira has been banned for four years, backdated to the date of his positive test on August 25 2019.

The Brazilian athlete is suspended until August 2023 after his sample was found to have contained dehydrochloromethyl-testosterone metabolite, an anabolic steroid.

Argentina's Jonathan Marin is set to be upgraded to the Parapan American Games gold medal in the event, while Dominican Republic's Nathanael Sanchez is in line to move up to silver.

The International Paralympic Committee (IPC) confirmed the sanction against Pereira and warned athletes were "strictly liable for the substances found in his or her sample".

"As a signatory of the World Anti-Doping Code, the IPC remains committed to a doping-free sporting environment at all levels," the IPC said.

"The IPC has established the IPC Anti-Doping Code in compliance with the general principles of the Code, including the International Standards, expecting that, in the spirit of sport, it will lead the fight against doping in sport for Athletes with an impairment."

Pereira's gold had been one of 82 medals won by Brazil in athletics at the Games in the Peruvian capital.

Brazil topped the overall medals table with a total haul of 308, including 104 gold.