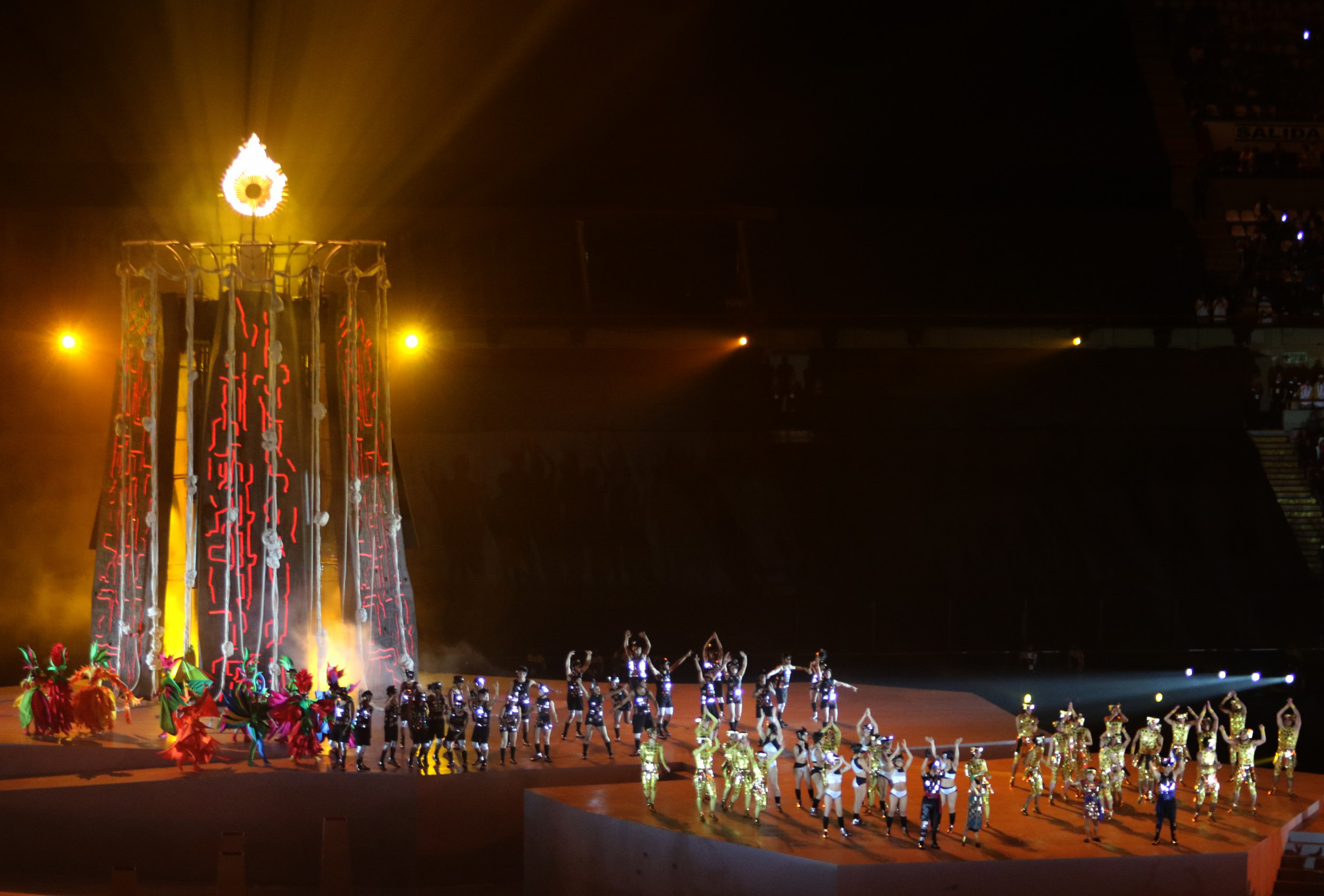 Lima 2019 President Carlos Neuhaus welcomed a "golden era for Peruvian sport" at the Opening Ceremony of the Parapan American Games.

The two-hour show at the Estadio Nacional in Peru's capital city officially opened the multi-sport event.

The concept for the Ceremony was devised by Hansel Cereza, who was creative director of the Barcelona 1992 Olympic Games Opening Ceremony.

A total of 500 performers took part in the show, featuring a depiction of the Tello Obelisk at the centre of the stadium.

The Obelisk is located at the archaeological site of Chavín de Huantár in north-central Peru, and has been seen as a key image of the ancient Chavín culture in the region.

The duo helped to show both friendship and the ability of people to overcome their disabilities.

"We are about to witness a totally new version of sports," Neuhaus said.

"The Para-athletes have the great honour of representing their country."

The Parapan American Games torch was carried into the stadium by Peruvian Paralympian Pompilio Falconi, who competed in athletics at Athens 2004, Beijing 2008 and London 2012.

He passed the flame to table tennis player Teresa Chiappo, who then handed it to swimmers José González and Jimmy Eulert.

Eulert, a gold medallist at the Atlanta 1996 and Sydney 2000 Paralympic Games, had the honour of lighting the cauldron to conclude the Ceremony.

Sporting action had begun prior to the Ceremony, with Chilean table tennis player Tamara Leonelli winning the first gold medal.

She triumphed in the women's singles class 5 event, after a round-robin competition.