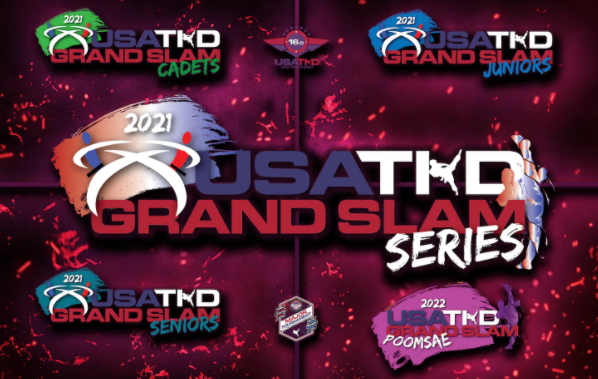 USA Taekwondo has announced that its Grand Slam competitions will be returning this year.

The events, which offer a route to the American national squads, were cancelled in 2020 because of the COVID-19 pandemic.

It has been decided, however, that the improving situation will allow four events to be held between November and January.

The Cadet Grand Slam is scheduled for between November 4 and 7, before the Junior Grand Slam from November 11 to 14.

Dates of December 2 to 5 have been set for the Senior Grand Slam, with the Poomsae Grand Slam pencilled in for January 13 to 17.

The senior, junior and cadet events will all take place at the National Center of Excellence in Colorado Springs, with the venue for the poomsae competition due to be announced.

Invitations will be sent out soon to athletes who qualify for the Grand Slams through their national rankings.

"Like the previous Grand Slams, these will be major tournaments in the national team qualification process," USA Taekwondo said.

"They will play a crucial role in the pathway to the US national teams.

"The Grand Slams have built a reputation of providing exceptional competition and giving the opportunity as the best athletes in the United States face off against each other, while claiming big points, making their mark in the US national rankings and taking a step closer to Team USA honours."

The US won a gold medal at the Tokyo 2020 Olympic Games in July, thanks to Anastasija Zolotic's success in the women's under-57-kilogram division.

The 19-year-old became the first American woman to win gold in the sport.