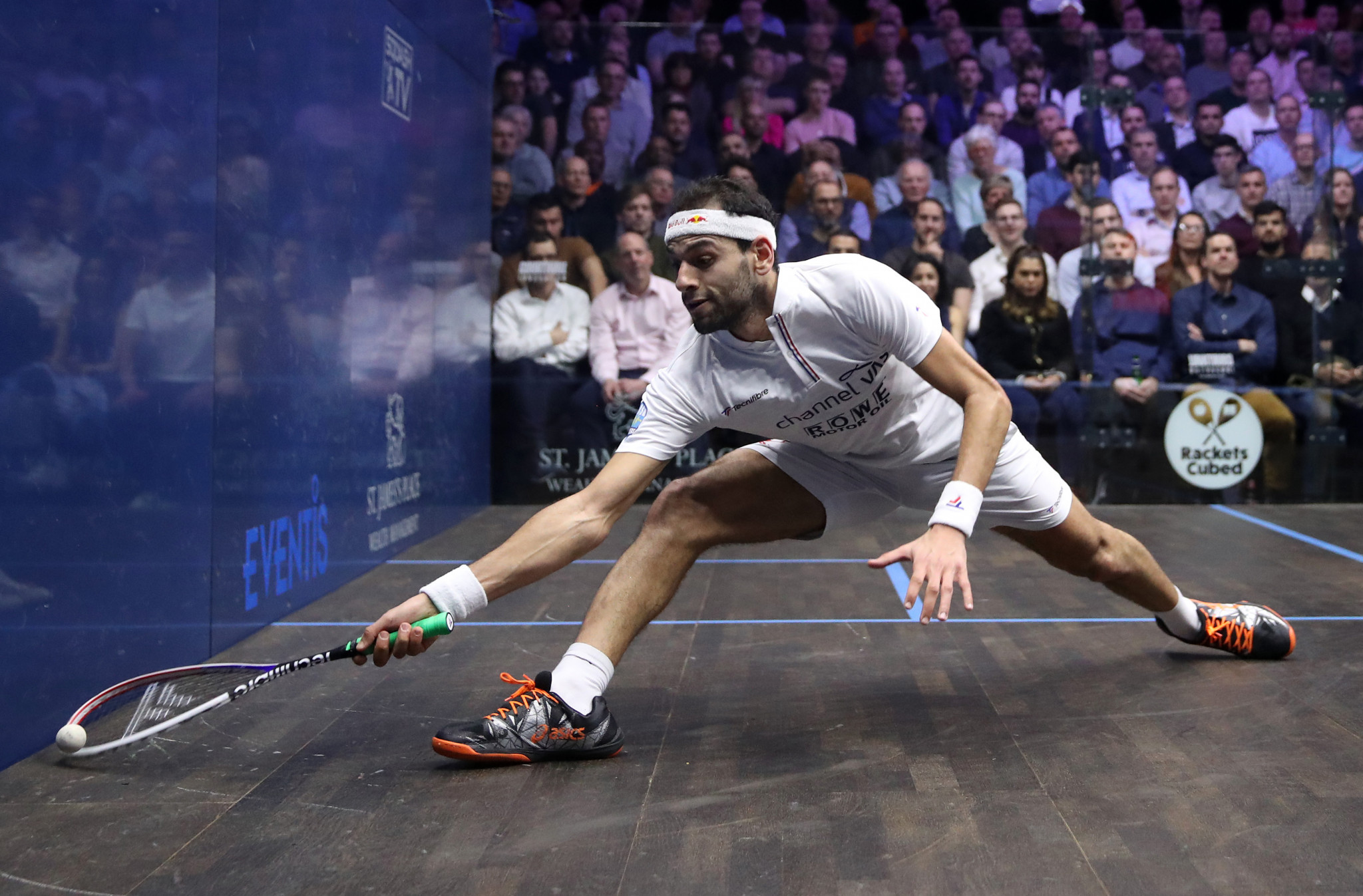 Defending champion Mohamed ElShorbagy has been knocked out of the Oracle Netsuite Open in San Francisco by Paul Coll in a three-game duel that lasted more than an hour.

In what was the longest match of the tournament so far, it was the Egyptian world number two who took the early advantage in the semi-final.

However, New Zealand's Coll - who defeated ElShorbagy in the semi-finals of the British Open en route to the title - came back to take the second game, before holding off the top seed to advance to the final in Embarcadero Plaza, winning in 63 minutes.

World number one Ali Farag is also into the final after defeating fellow Egyptian Mostafa Asal in another thrilling three-game semi-final.

It was a back-and-forth affair as Farag took the first game 11-8 before Asal replied in the second, winning by the same scoreline.

However, it was Farag whose class shone through as he won the first seven points of the third game before Asal had to retire hurt at 10-5 down.

A sublime winner from @paulcollsquash as he brings himself closer in this first game against @MoElshorbagy 👏#ONSO21 pic.twitter.com/Ogz3Lpow9d

Asal had injured his right shoulder whilst diving across court to retrieve a forehand drive.

Hany flew out of the blocks, taking the first four points on her way to clinching the opening game 11-8.

It was not long before the world number nine had secured her place in the final as she won the second game 11-8 in a match which lasted just 23 minutes.

Amanda Sobhy starred in front of a home crowd as she blitzed England's number one Sarah-Jane Perry in straight sets.

The American took the first game 11-7 before withstanding a threatening comeback from Perry to win 11-8 and book her place in the final against Hany.