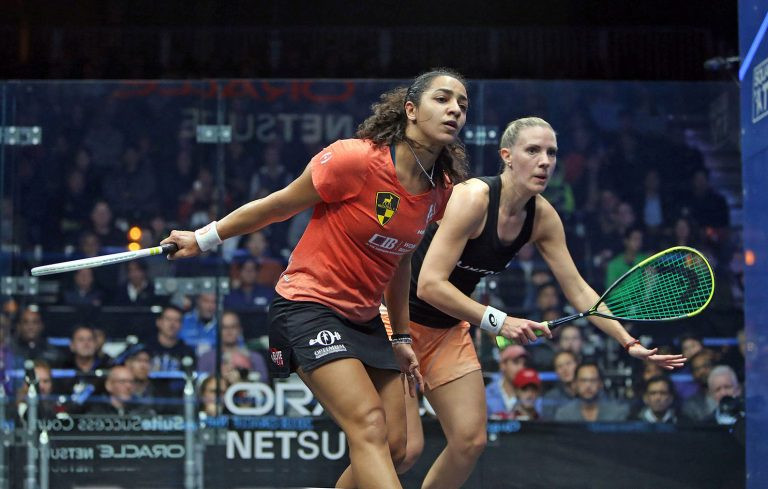 The Egyptian battled the 2016 champion, England's Laura Massaro, to win a place in the final.

"I'm really happy to be through to the final," said El Welily, who will continue her San Francisco debut in Tuesday's (October 2) showpiece game.

"I'm trying to do my best every point, and in every rally and see where that takes me.

"I'm playing here for the first time and it's a beautiful location - even more impressive in real life than I thought it would be from pictures - so I want to make the most of it."

El Welily will play Hong Kong's Annie Au or England's Sarah-Jane Perry in the final, who meet in their last four contest tomorrow.

The pair had played each other previously at the 2016 tournament, where Elias came out on top after five games and 75 minutes.

"Most of our matches have gone to the wire in the past," Farag said.

"He's such a sound player, but I did my homework this morning and knew what I had to do.

"It never felt convincing on there, but thankfully I managed to do it well and play attacking squash.

"I'm very glad that I've put in a few good performances this week so far.

"I've never made it past the first round here before so I'm really glad to be in the semis and hopefully there's two more matches to come for me."

In the other men's quarter-final match, France's Gregory Gaultier evened the overall head to head scores against Germany's Simon Rösner to set up a meeting with Farag.

Before the match, Rösner had won two of three meetings between the pair but Gaultier took the win in San Francisco.

Gaultier's record in the American city is strong, having won three titles in 2012, 2014 and 2016, but he currently lies two world ranking and two seed spots behind Rösner.

"I had a day off yesterday after the second round match so I took full advantage of that to rest my body and be as sharp as possible tonight," said Gaultier.

"I have been training well over the summer and feel like I am on the way back towards my peak once again.

"I'm doing the best I can to compete against all the young players on Tour and show that even at my age I can get back to my best and challenge.

"I had a great year last year, but then had a bad run of getting injuries but fingers crossed this year I can play injury free because I have more goals that I want to achieve."