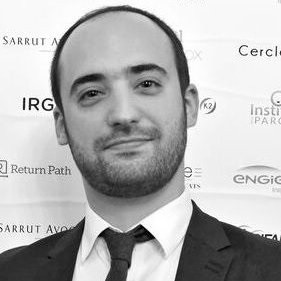 Skander Karaa has been appointed as the chief of staff for the French National Olympic and Sports Committee (CNOSF).

CNOSF President Brigitte Henriques has added Karaa to her team as preparations continue for the Paris 2024 Olympic Games.

Karaa is expected to "support the management team in strengthening the positioning of the CNOSF and the deployment of the strategic roadmap" when he starts his role on Monday (September 27).

It is not the first time the CNOSF has turned to Karaa as he held an advisory role from October 2017 to September 2018 while Denis Masseglia was in charge of the organisation.

He has been a lecturer in sports law and public sports policies at the University of Limoges as well as being a member of several federal commissions.

Karaa’s appointment comes with less than three years to go before Paris is scheduled to stage the Olympics.

The Flag Tour of the Paris 2024 Olympic and Paralympic Games started at the beginning of this month after being handed over by Tokyo 2020.

The tour is covering more than 10,000 kilometres and will visit more than 30 towns, with both flags on show for the public to see.

The Paris 2024 Olympics are scheduled to take place from July 26 to August 11 with the Paralympics due to follow from August 28 to September 8.

Henriques expressed excitement that Karaa would be involved in "four years of exciting projects in the service of French sport".