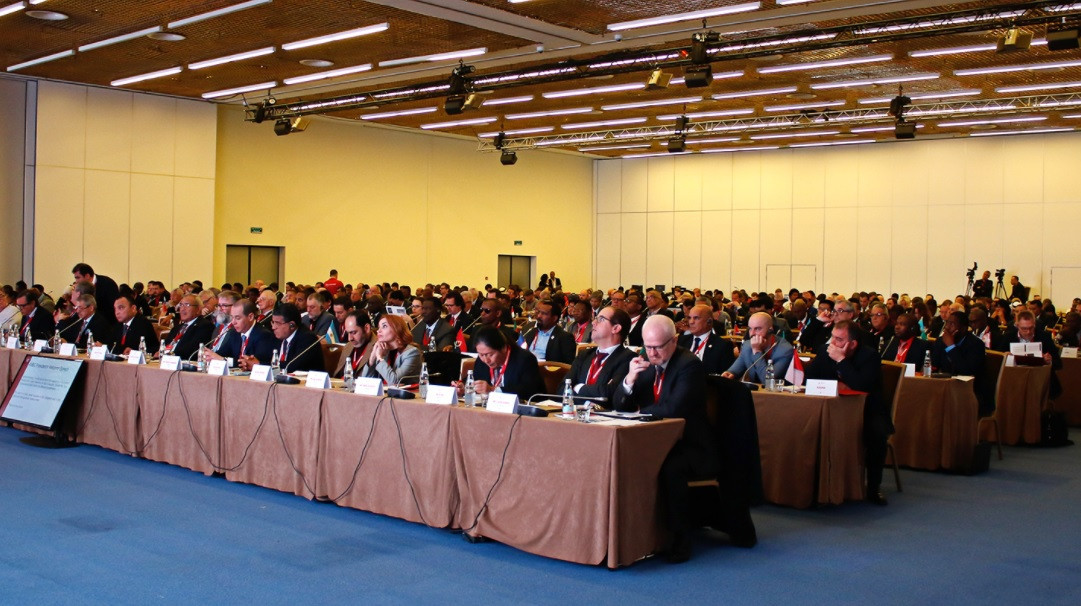 The International Boxing Association (AIBA) is set to hold elections for its rebranded Board of Directors next year in response to a warning from the International Olympic Committee (IOC) over its lack of progress in implementing crucial reforms.

The embattled organisation, suspended as the Olympic governing body for the sport because of issues with its governance, finances, refereeing and judging, said it would stage a Congress on December 12 to pave the way for elections - including for the President - to take place in 2022.

AIBA promised to "adopt enhanced eligibility criteria and verification mechanisms" for candidates at the meeting, the location of which has not yet been announced.

"Boxers and those who support them deserve to be absolutely sure that their leadership is the right leadership and to exercise their democratic rights effectively," AIBA President Umar Kremlev said in a statement today.

"The adoption of even stricter regulations will ensure these elections are carried out to a level of good governance that I believe will serve as an example for others."

The IOC last week warned the AIBA that its "deepest" concerns in the three areas that led to the June 2019 suspension remained unresolved and reiterated its threat that boxing could be thrown off the programme for the 2024 Olympic Games in Paris.

The AIBA's failure to provide the IOC with a detailed timeline on its promise to renew the leadership and hold elections for its Board of Directors were among the main issues highlighted in a letter from IOC director general Christophe De Kepper to Kremlev.

The IOC also outlined concerns with the eligibility of candidates in the December 2019 election, won by Kremlev, who is completing the term of Gafur Rakhimov following his resignation due to him being on a United States Treasury Department sanctions list as "one of Uzbekistan's leading criminals".

The AIBA had been scheduled to hold elections next year irrespective of the IOC's demand as it is when Kremlev's tenure expires.

It is not clear which candidate the IOC was referring to but ethical concerns were raised regarding then Interim President and African boxing chief Mohamed Moustahsane and Dominican Republic's Domingo Solano, among others.

The IOC also claimed it "could not find any significant integration" of the best practices suggested by the IOC Boxing Task Force, which organised the Tokyo 2020 boxing tournament in the AIBA's absence, for the upcoming World Championships in Belgrade.

In response, the AIBA has insisted it will implement the suggested changes, including background checks and detailed selection criteria.

The AIBA said financial integrity had also been discussed at the Board of Directors meeting following an IOC demand that it provides "confirmed details on the resolution of the indebtedness and the terms of any sponsorship contract", requested by the EY auditing firm.

The AIBA has a conflict of interest as its external auditors, PricewaterhouseCoopers, has performed the same role for the IOC for many years.

The troubled Federation claimed it had appointed an auditor for 2020-21, but did not reveal who it had employed.

AIBA athlete representative elections will take place at the AIBA Men’s World Boxing Championships in Belgrade, the organisation said, before a vote is also held at the Women's World Championships.

"Providing a fair chance and a fair fight for boxers is at the very heart of AIBA and I am very proud of the changes we are making to deliver those vital promises," said Kremlev.

"We look forward to welcoming the best boxers in the world to Belgrade in just a few weeks’ time.

"And we are confident it will prove to be an opportunity for both the athletes and for AIBA to show how well they can perform."