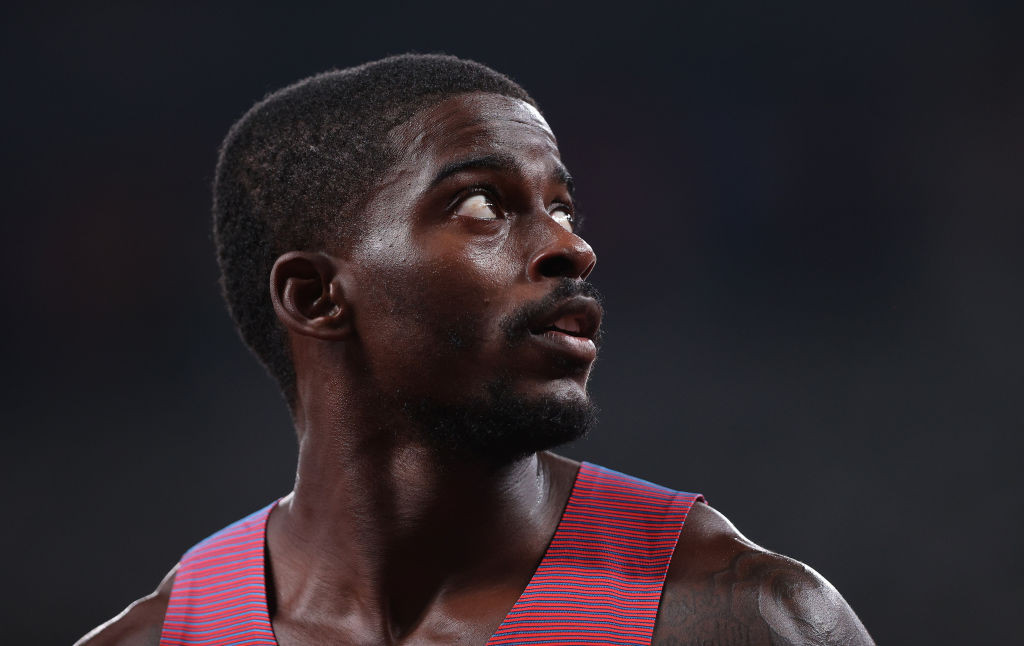 Trayvon Bromell of the United States bettered his own previous 2021 world-leading 100 metres mark at the Kip Keino Classic in Nairobi as he won in 9.76sec, with home runner Ferdinand Omanyala second in an African record of 9.77.

Bromell, who ran 9.77 earlier this year and won the US Olympic trials, failed to reach the final in Tokyo.

But after this performance at the Kasarani Stadium in the final World Athletics Continental Tour Gold meeting of the season, he now has the consolation of moving up to equal sixth on the all-time 100m list, matching the mark set by fellow American Christian Coleman in winning the 2019 world title.

A blistering race also saw Omanyala entering previously unknown territory for an African sprinter as he broke the Kenyan record for a fifth time.

The 25-year-old from Nairobi, who made history in Tokyo by becoming the first Kenyan to reach the men's Olympic 100m semi-finals, knocked 0.09 seconds off his previous best, bettering the mark of 9.84 set earlier this year by South Africa’s Commonwealth champion Akani Simbine.

Omanyala, who switched to athletics from rugby while at the University of Nairobi, received a 14-month suspension in 2017 after testing positive for the prohibited substance betamethasone after undergoing treatment for a back injury.

More history was made in the men’s 200m as Fred Kerley of the US - the Olympic 100m silver medallist - became the first man to better 20 seconds on Kenyan soil as he won in a personal best of 19.76.

There was speedy action too in the women’s 200m, as Namibia’s 18-year-old Olympic silver medallist Christine Mboma, who reduced her world under-20 record to 21.78 in winning the Wanda Diamond League title in Zurich earlier this month, finished her season with another victory in 22.39.

Mboma, who had to move down this season from 400m under World Athletics rules regarding female athletes with naturally elevated testosterone levels, was returning to the arena where she won the world under-20 title last month.

Finishing on a high ?

Christine Mboma ?? caps off an incredible season with a 200m win in 22.39 at @kipkeinoclassic #ContinentalTourGold pic.twitter.com/ijHhG126ew

Marie-Josée Ta Lou of the Ivory Coast, who was fourth in the Olympic 100m and fifth in the 200m final, finished second in 22.98.

Meanwhile in the men's 3,000m steeplechase, after being outsmarted and outsprinted by Benjamin Kigen in Zurich, with the Kenyan claiming the Diamond League trophy, Morocco’s Olympic champion Soufiane El Bakkali earned a measure of revenge with victory in 8:21.20.

In the men’s pole vault, favourite Authorised Neutral Athlete Timur Morgunov, the European silver medallist with a best of 6.00 metres, failed to negotiate his opening height of 5.30m and the event was won by Rutger Koppelaar of The Netherlands on 5.65m.

Aliaksei Katkavets of Belarus won the men’s javelin with an effort of 82.65 metres.