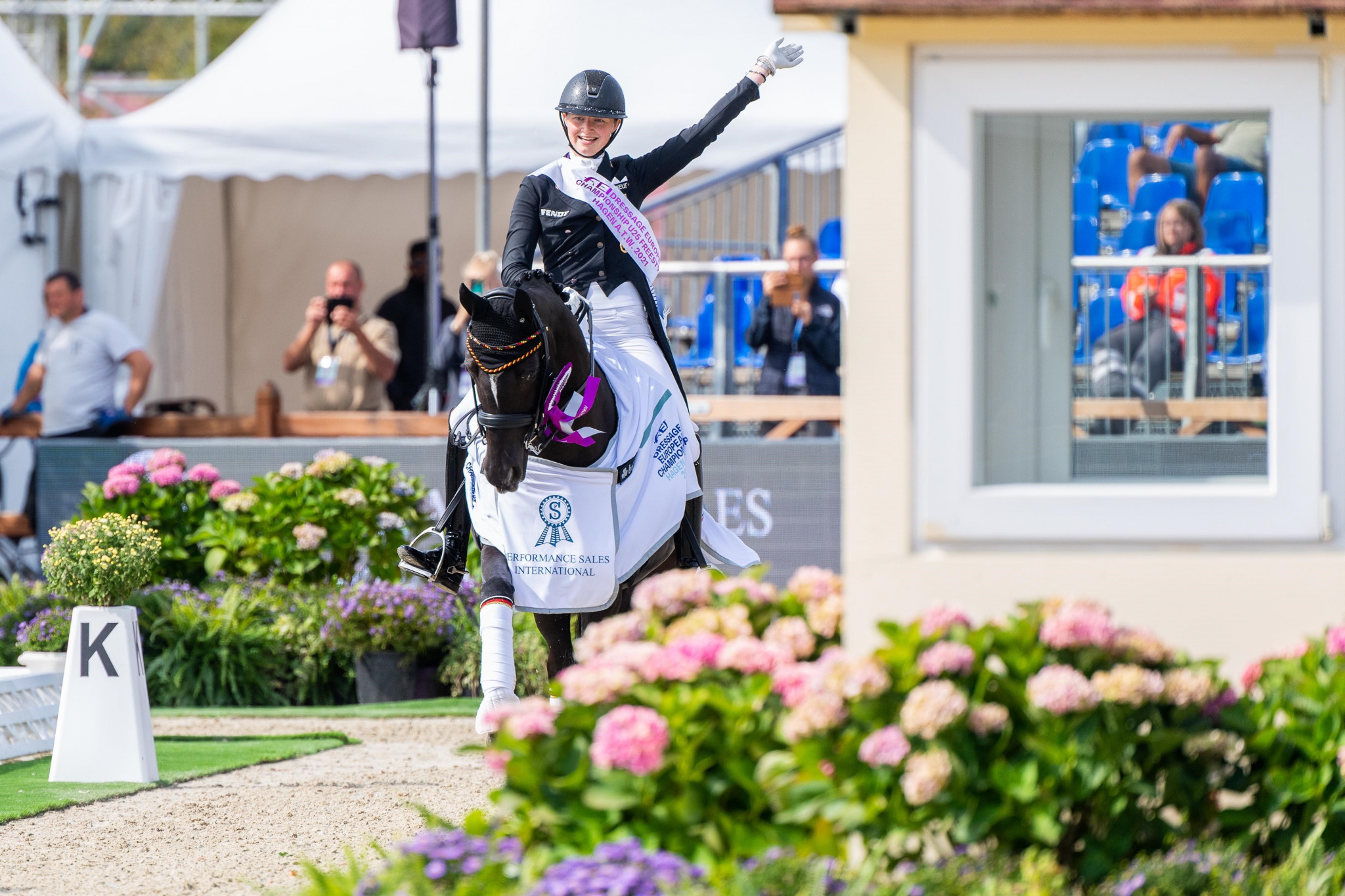 Germany’s Semmieke Rothenberger celebrated her second gold of the International Equestrian Federation (FEI) Dressage European Championships as the event concluded with individual under-25 competition in Hagen.

Rothenberger was had formed part of the German gold medal-winning team earlier in the week alongside Raphael Netz, Ann-Kathrin Lindner and Ellen Richter.

The podium was rounded off by Sweden’s Lina Dolk, Jennifer Lindvall, Elin Mattsson and Nathalie Wahlund, who scored 207.264.

Rothenberger added to the team title with victory in today’s individual freestyle event.

The German rider triumphed in a home event riding Flanell, with their routine awarded an overall score of 81.955 per cent.

Netz and Poelman rounded off the podium, after achieving scores of 81.210 and 78.075, respectively.

"I’ve always believed that Flanell has no limits and I still do," Rothenberger said.

"This horse is absolutely incredible, I’ve never had anything like her and it’s such a blessing to go in there with such a horse knowing that as long as I, the rider, don’t make a mistake this horse can go for it.

"She’s shown it in this Championship, yesterday we had a rider mistake but I’m incredibly happy with how she’s done at her first European Championship."

The three riders had also appeared on the podium in yesterday’s Grand Prix test, where Netz finished top of the standings.

The German rider scored 76.308 on Elastico to win gold.

Rothenberger settled for second place on 76.256, with Poelman securing her second individual bronze as the Dutch rider ended on 73.974.