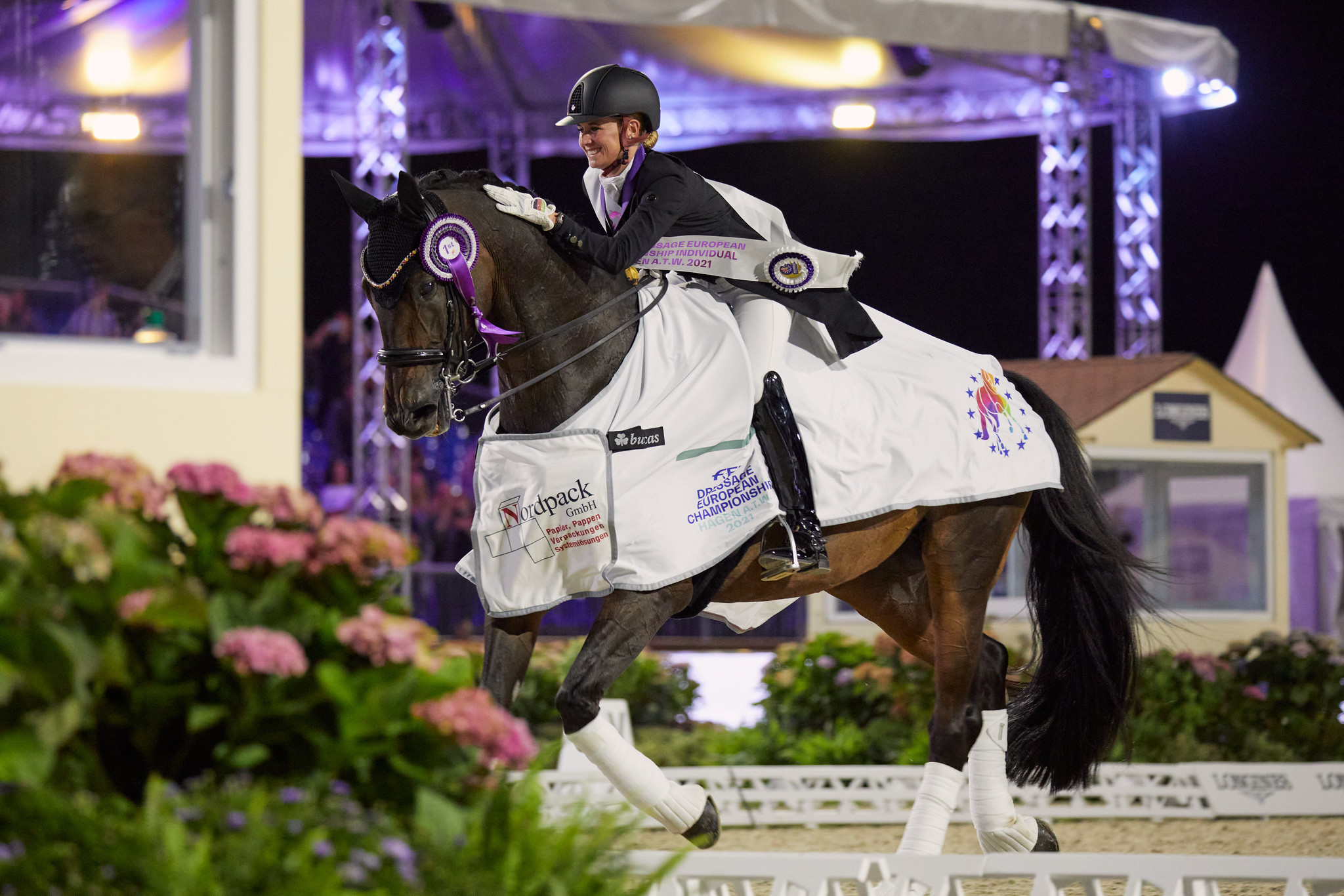 A day after winning the individual special dressage crown with her horse TSF Dalera BB, the pair combined again to take the gold medal in the freestyle dressage discipline today.

Von Bredow-Werndl’s two individual titles added to her success with Germany in the team competition on Wednesday (September 8).

Cathrine Dufour of Denmark and Bohemian scored 88.436 per cent to clinch the silver medal, while bronze went to Britain’s Charlotte Dujardin and her horse Gio, with 87.246.

She does it AGAIN (& again & again) The superstar supreme gave another mind-blowing test to score a whopping 91.021% in front of her home crowd! With the magnificent mare, Dalera BB, Germany’s golden girl’s shone bright! 🇩🇪 pic.twitter.com/yVeXddfZSj

Fourth place went to defending champion Isabell Werth of Germany and her horse Weihegold OLD, with a total of 84.896 per cent.

The top five was completed by Britain’s Charlotte Fry on board Everdale, with a score of 84.721.

The three gold medals cap a phenomenal 2021 for Von Bredow-Werndl.

The 35-year-old won the Olympic team and individual dressage titles at Tokyo 2020.