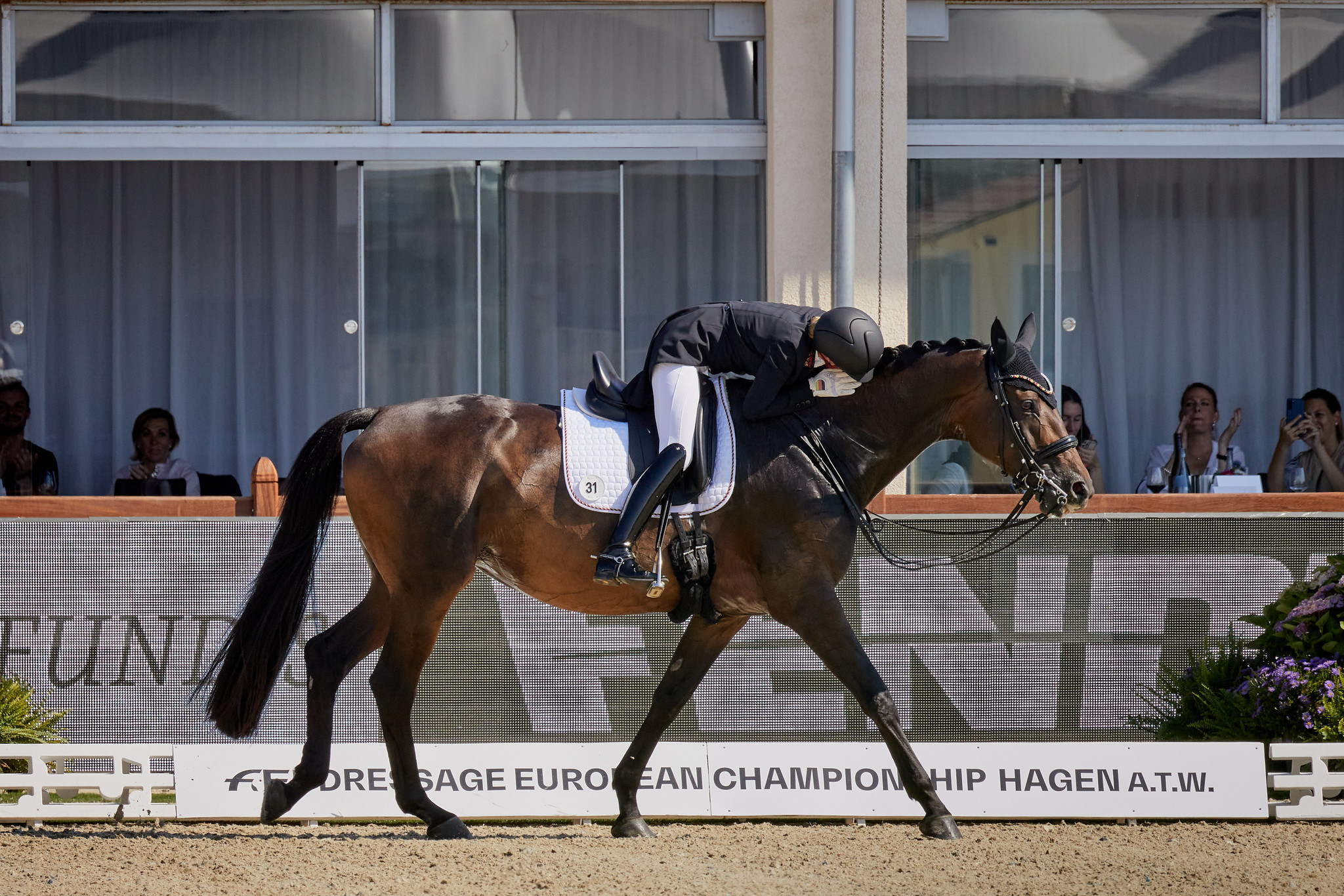 Von Bredow-Werndl - victorious in the team event with Germany yesterday - doubled up in convincing fashion on TSF Dalera BB.

Von Bredow-Werndl went last and blew the field out of the water.

Fellow German and defending champion Isabell Werth was leading before TSF Dalera BB walked into the area, after amassing an aggregate percentage of 81.702 on Weihegold OLD.

The German delight does it once more with an outstanding show of Dressage artistry! Gracing the ring with divine Dalera, we witnessed magic to take the crown with 84.271%⁰⁰. #RideTheMoment #FEIEuros2021 pic.twitter.com/13kbdmQ3y2

Both of the gold medals won at the event so far have gone to Germany.

Von Bredow-Werndl will have a third chance at FEI Dressage European Championships gold in the freestyle dressage final on Saturday (September 11).

She won a bronze medal is the discipline in 2019, when Werth was crowned champion.