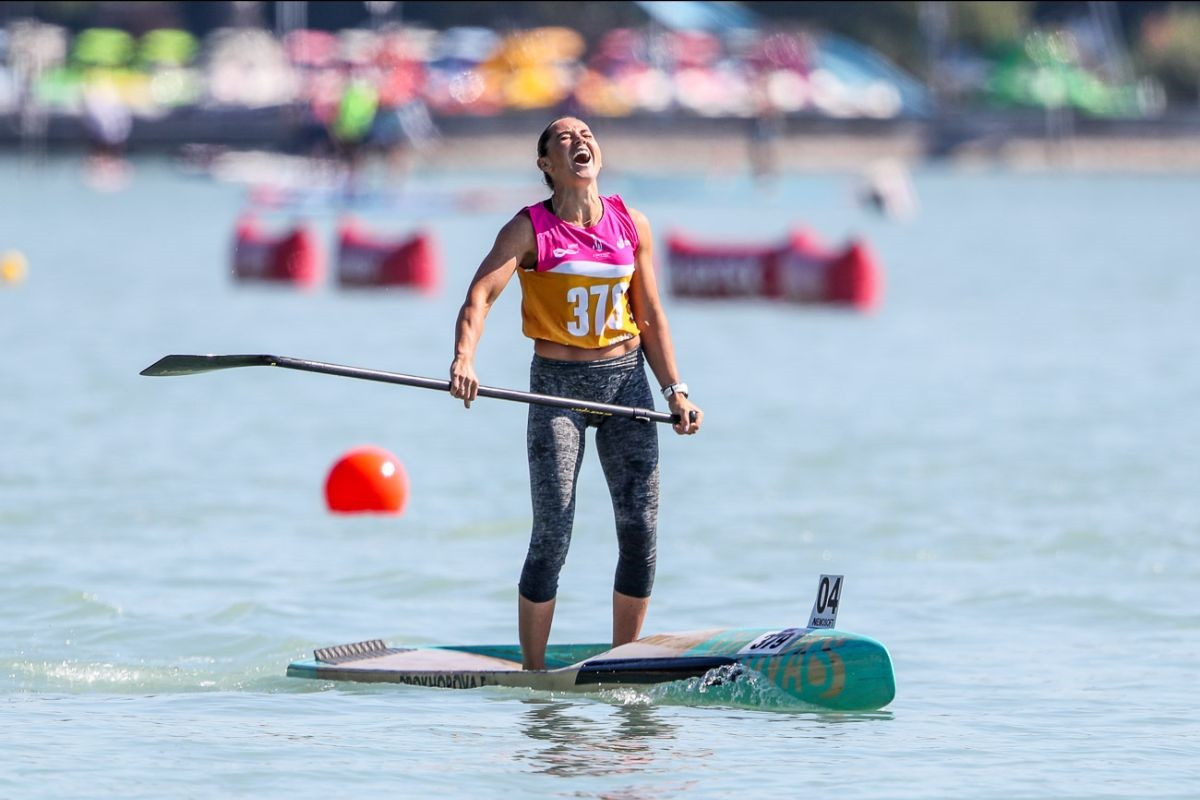 There was also a victory for Elena Prokhorova - listed by the ICF as competing for the Russian Olympic Committee (ROC).

The 19-year-old Garioud pipped reigning world champion Connor Baxter of the United States in a thrilling finish in the men's 200-metre sprint race.

"I wasn’t expecting the gold medal, you always expect something but I wasn’t sure of the result," Garioud said.

"I did train for the sprint, I was feeling confident, I knew I was good, but Connor is super fast and you never know what can happen.

"I just pushed it right to the end and I got him right on the line, so I’m pretty happy with that.

"I wasn’t expecting the second place yesterday because I didn’t train for the distance race, so it was kind of a surprise, so I’m pretty happy with both results."

Meanwhile in the women's sprint, Prokhorova worked her way through a slow start to win the first world title of her career.

Her compatriot Nataliia Novitskaya was second, with American April Zilg finishing with the bronze medal.

The 33-year-old Prokhorova feared that she would go through her entire career having never won a gold medal on the world stage, but that will not be the case.

"In my background as a kayak paddler, I was always third or second at a European or a world championships, and never gold in 20 years," Prokhorova said.

"Yesterday I thought maybe this was the way I will finish, I thought this was my fate.

"I just hope that I deserve this.

"I still want to fight, because I am an athlete, and of course I want to fight on the distances that I have prepared.

"I’m really in love with this kind of sport."

This is the first major SUP event since the governance of the sport was decided by the Court of Arbitration for Sport.

The ICF, which lost out on its bid for full control of the contested discipline but it still able to hold SUP competitions, claims it will be the largest SUP World Championships ever.