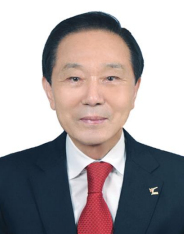 Kyu Seok Lee is set to return as President of World Taekwondo Asia (WTA) after being announced as the only candidate for next month's election.

The South Korean first took the job in 2013 and will challenge for a third four-year term unopposed.

WTA is due to hold its elections during its Extraordinary General Assembly, which will take place online on October 10.

Lee, a vice-president of World Taekwondo, said he would "do my best" to strengthen the "unity and fellowship" with member nations if elected again.

He also targeted further growth for poomsae taekwondo, including at the Asian Games.

Six candidates are in the frame for three vice-president positions.

Kordi, Tabassum, Truong and Pouldagar are all incumbents so at least one will lose their seat.

Sixteen people are chasing 11 spots as Council members, while South Korea's incumbent Young Gap Kim is the only contender for auditor.

An age limit of 70 for first-time candidates - and 80 for those seeking re-election - has been set for all of the roles.

The Council must have at least a third of female members, while the woman with the most votes will automatically become a vice-president.