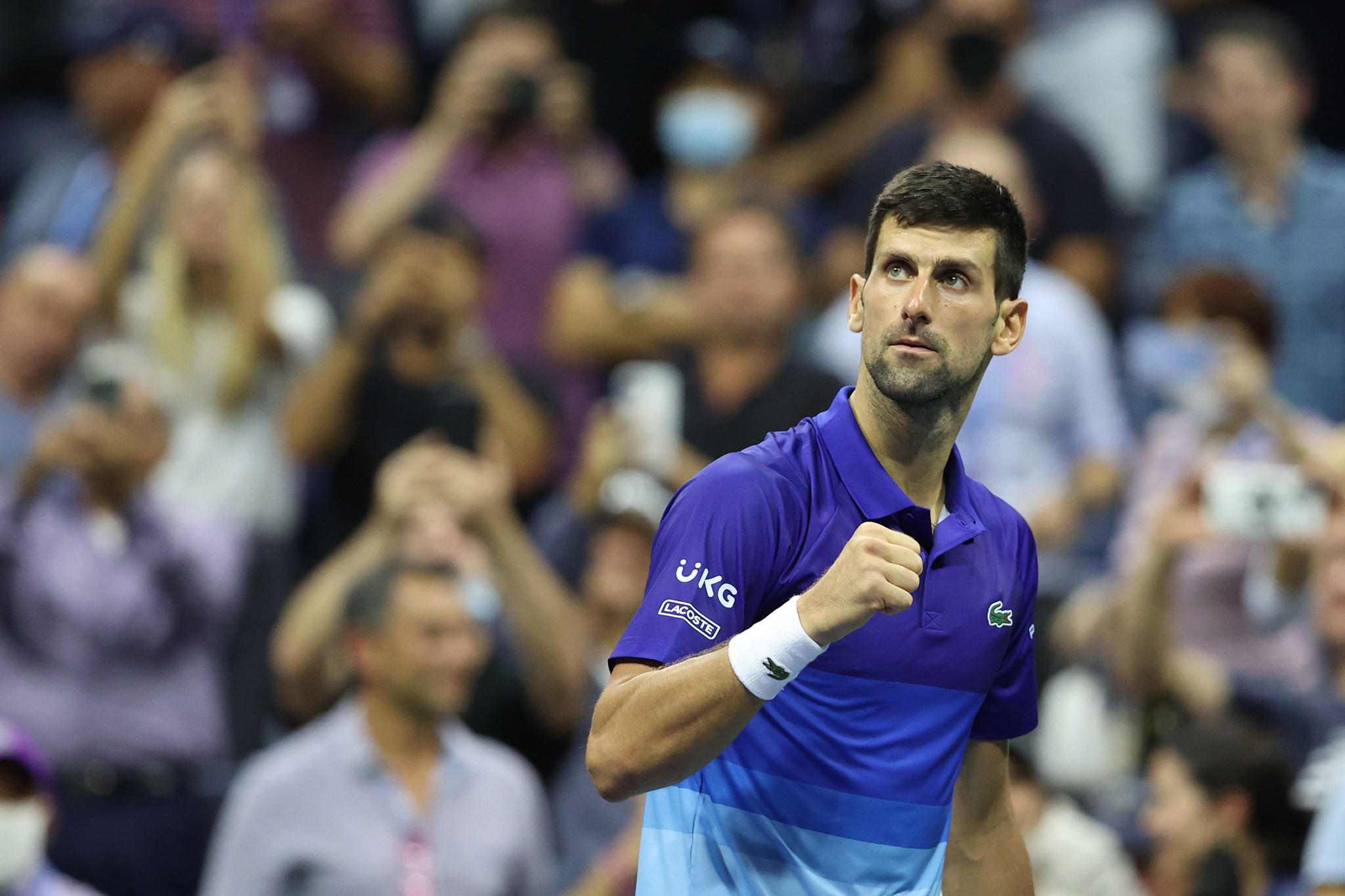 World number one Novak Djokovic of Serbia set up a US Open semi-final against Germany’s Olympic champion Alexander Zverev after beating Italy’s Matteo Berrettini to continue his bid for a calendar Grand Slam.

Djokovic moved within two wins of becoming the first man since Rod Laver in 1969 to win all four of the men's tennis’ majors in a single year after overcoming Berrettini during the night session at Arthur Ashe Stadium in New York City.

In a repeat of July’s Wimbledon final, Djokovic fell behind in the first set to the world number eight, with Berrettini taking it 7-5.

He struck 44 winners during the match on his way to the last four.

Djokovic has fell at the fourth round hurdle at the last two editions of the US Open, losing to Switzerland’s Stan Wawrinka in 2019 and last year being disqualified after accidentally hitting a line official with a ball, but kept his bid for a fourth US Open title alive.

This tournament also offers the chance for him to eclipse the 20 majors won by Switzerland’s Roger Federer and Spain’s Rafael Nadal.

"It was a great match," Djokovic said afterwards.

"A lot of energy on the court, off the court as well.

"Matteo is a terrific player, an established top 10 player.

"Every time we face each other, it’s always a close battle.

"It wasn’t any different tonight.

"When I lost the first set, I managed to forget about it, kind of be in the moment.

"I was dialled in, locked in from the beginning of the second set.

"I put my tennis to a different level.

"It’s been the best three sets I’ve played in the tournament so far, for sure."

Standing in Djokovic’s way of a place in the final is Zverev as last year’s US Open runner-up recorded a straight-sets win against Lloyd Harris in the day's first quarter-final.

South Africa's Harris, who entered the tournament unseeded and had never before been past the third round at a Grand Slam, started strongly at Arthur Ashe Stadium iand recorded the first break of the match.

Yet he could not capitalise, being broken himself when serving for the set, and the opener went to a tiebreak.

Zverev became irate with the big screen showing replays while his opponent was serving in the tiebreak, and a second complaint from the German when 5-6 behind and facing set point led to a stoppage which Harris was frustrated about.

It proved to be a turning point, as Zverev reeled off three straight points to win he tiebreak 8-6.

Harris flung his energy drink to the floor in anger during the break between sets, leading to an amusing moment where both players and the umpire joined courtside attendants in trying to dry the playing surface with towels.

Harris could never recover the momentum lost in that crucial tiebreak, however, losing his first service game in set two as Zverev took control of the match.

Zverev - whose participation at the US Open has been overshadowed by former girlfriend Olga Sharypova discussing the abuse she alleges to have suffered while dating the German, which culminated in Sharypova attempting to end her own life, although Zverev denies these claims - is through to a second successive semi-final in New York City.

The 24-year-old came from behind to beat Djokovic in the semi-finals of this summer’s Tokyo 2020 Olympic Games, and their latest clash will take place on Friday (September 10).

Second seed Daniil Medvedev of Russia is up against Canadian 12th seed Félix Auger-Aliassime in the other semi-final.