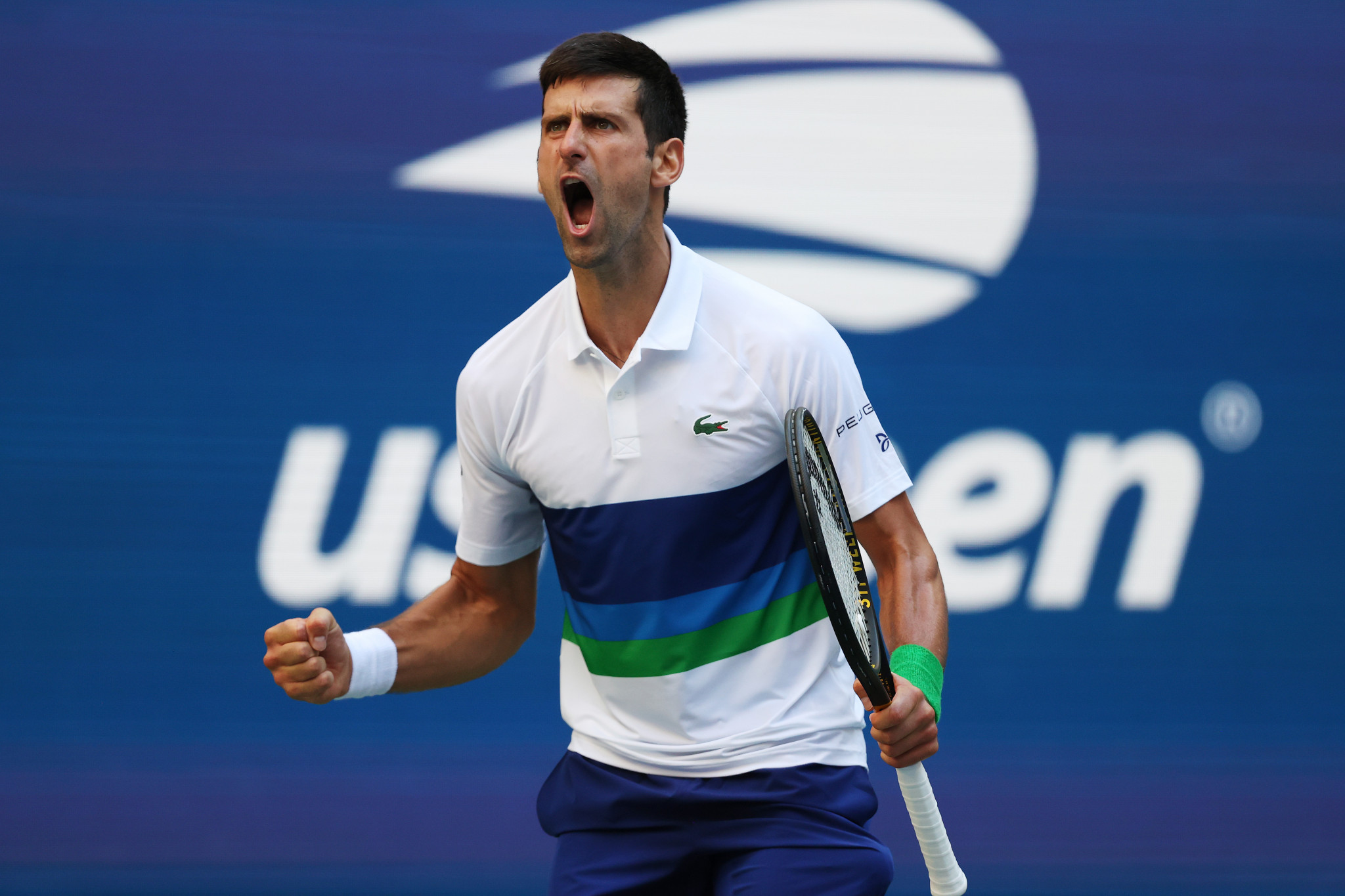 World number one Novak Djokovic continued his search for a calendar Grand Slam with a victory against Japan’s Kei Nishikori in the third round of the US Open men’s singles, while women's number one Ashleigh Barty was eliminated in a huge upset.

Djokovic is looking to become the first man for more than 50 years to win all four of the men’s tennis majors in the same year, with no one since able to match Australian Rod Laver’s achievement from 1969.

He will face the winner of the match between Russia’s 21st seed Aslan Karatsev and American wildcard entry Jenson Brooksby in the fourth round.

Wimbledon finalist and sixth seed Matteo Berrettini of Italy had to go the distance to beat Belarus’ Ilya Ivashka.

The world number 53 Ivashka won a tiebreak 7-5 in the first set, before Berrettini edged closer to progressing by taking the following two sets 6-2, 6-4.

Ivashka hit back by winning six games to Berrettini’s two in the fourth to force a deciding fifth, which the Italian clinched 6-3 after taking an early break.

Berrettini will take on Oscar Otte for a place in the quarter-final after the German became the third qualifier to reach the fourth round.

In a close five-set encounter between Italy’s 13th seed Jannik Sinner and France’s former US Open semi-finalist and 17th seed Gaël Monfils, it was 20-year-old Sinner who came out on top.

The Italian had taken a two-set lead, but was pegged back before recovering to secure a break in the first game of the fifth set which proved decisive.

Sock played a sensational opening set against the German but a leg injury prevented him from maintaining that level.

Lloyd Harris stunned seventh seed Denis Shapovalov in straight sets to reach the first major round of 16 in his career.

The South African won 6-4, 6-4, 6-4 and has been drawn against home player Reilly Opelka in the next round.

The fourth round is scheduled to begin tomorrow, with world number two Daniil Medvedev of Russia taking on Britain’s 24th seed Dan Evans in what looks one of the highlights of the draw.

In the women’s singles, there was an incredible upset at Flushing Meadows as world number one Ashleigh Barty of Australia lost to American Shelby Rogers in front of a raucous crowd.

The Wimbledon champion held a 5-2 lead in the final set and twice served for the match but home favourite Rogers battled her way back into contention.

The 2019 US Open champion Bianca Andreescu eased through to the fourth round in just one hour and eight minutes with a straight sets 6-1, 6-2 win against Belgium’s Greet Minnen.

The Canadian will face Greece’s Maria Sakkari in the next round after she upset the Czech Republic's two-time Grand Slam winner Petra Kvitová with a 6-4, 6-3 victory.

Britain’s Raducanu is the only qualifier to make the fourth round as the 18-year-old continued her fine form from Wimbledon, where she reached the last 16 as a wildcard entry.

Raducanu dropped just one game as she knocked out Sorribes Tormo 6-0, 6-1 in one of the stories of the round.

Russia's Anastasia Pavlyuchenkova eased through to the next round against compatriot Varvara Gracheva 6-1, 6-4