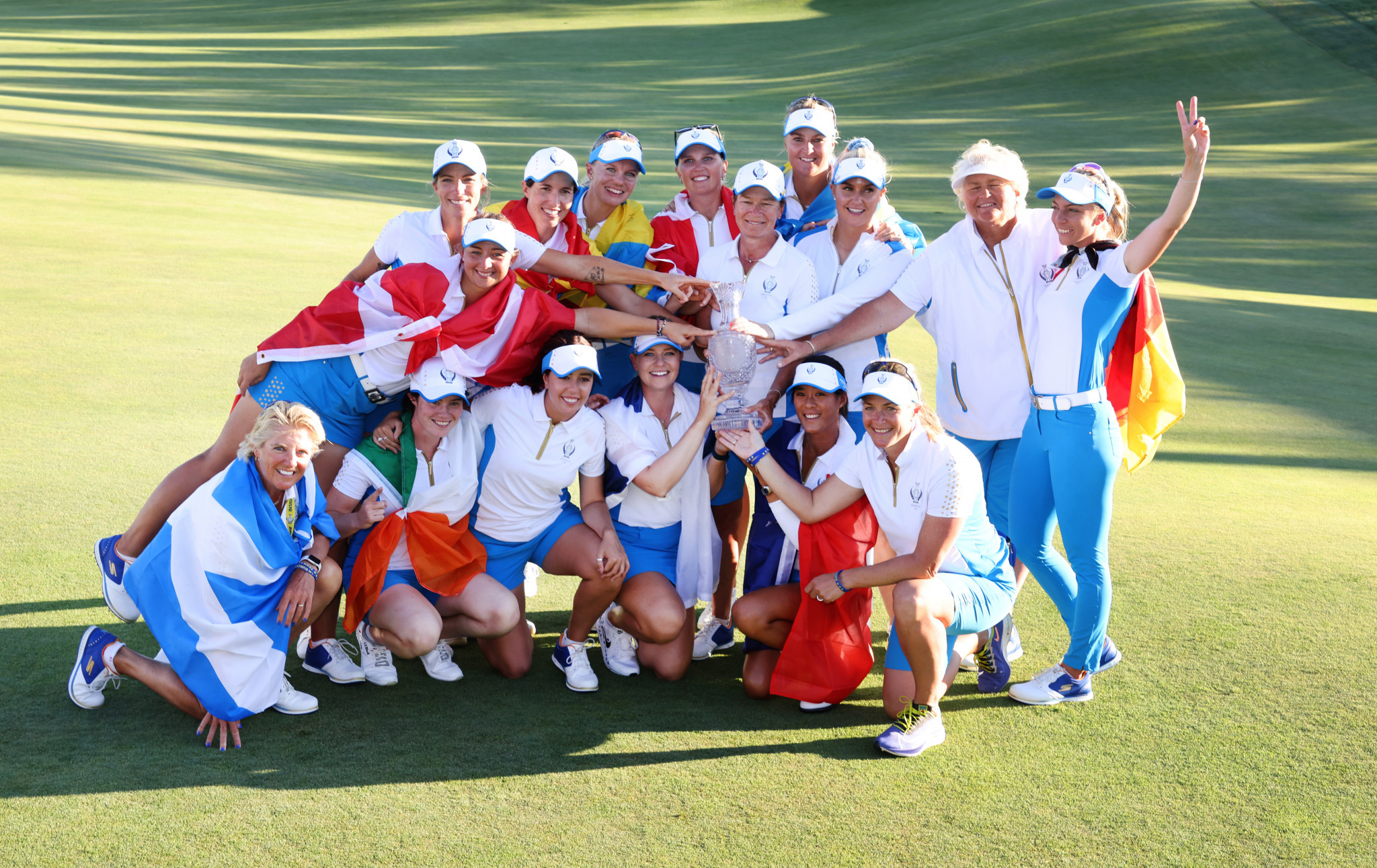 Europe won the Solheim Cup, and retained the trophy for the first time, after sharing the final day singles with the United States at Inverness Golf Club in Ohio.

Europe started the day with a 9-7 advantage, with a target of 14 points to retain the trophy, and 14.5 to win it outright, from the day’s 12 singles matches.

Ireland’s Leona Maguire, playing in her first Solheim Cup for Europe, earned the opening point of the day by winning 5&4 against Jennifer Kupcho.

Madelene Sagström of Sweden registered the second point of the day for Europe, with a 3&2 win over Ally Ewing.

The US earned their first point of the day in the top match after Lexi Thompson halved with Sweden’s Anna Nordqvist.

The gap was closed when the US claimed their opening victory in the fourth match out on the course as world number one Nelly Korda recorded a one up win against England’s Georgia Hall.

Momentum shifted towards the US in the next completed match as Megan Khang recorded a 3&2 win over Germany’s Sophia Popov.

The second halved match of the day was the next to finish, between Denmark’s Nanna Koertsz Madsen and Austin Ernst.

The US closed the gap to two points as they won the next completed match, with Brittany Altomare, who only lead for the first time against Spain’s Carlota Ciganda on the 16th, triumphing 2&1.

Match seven on the course was the one that got Europe over the line, after Matilda Castren, the 26-year-old from Finland, making her Solheim Cup debut, holed a par putt on the last to seal a one up win over Lizette Salas.

Europe won by a final score of 15-13, the first time since 2013 they had won overseas, and their seventh win in the event’s history.

Matthew described her team as "unbelievable" and said she was extremely "proud" of them completing victory despite the situation, which she described as "nerve wracking".