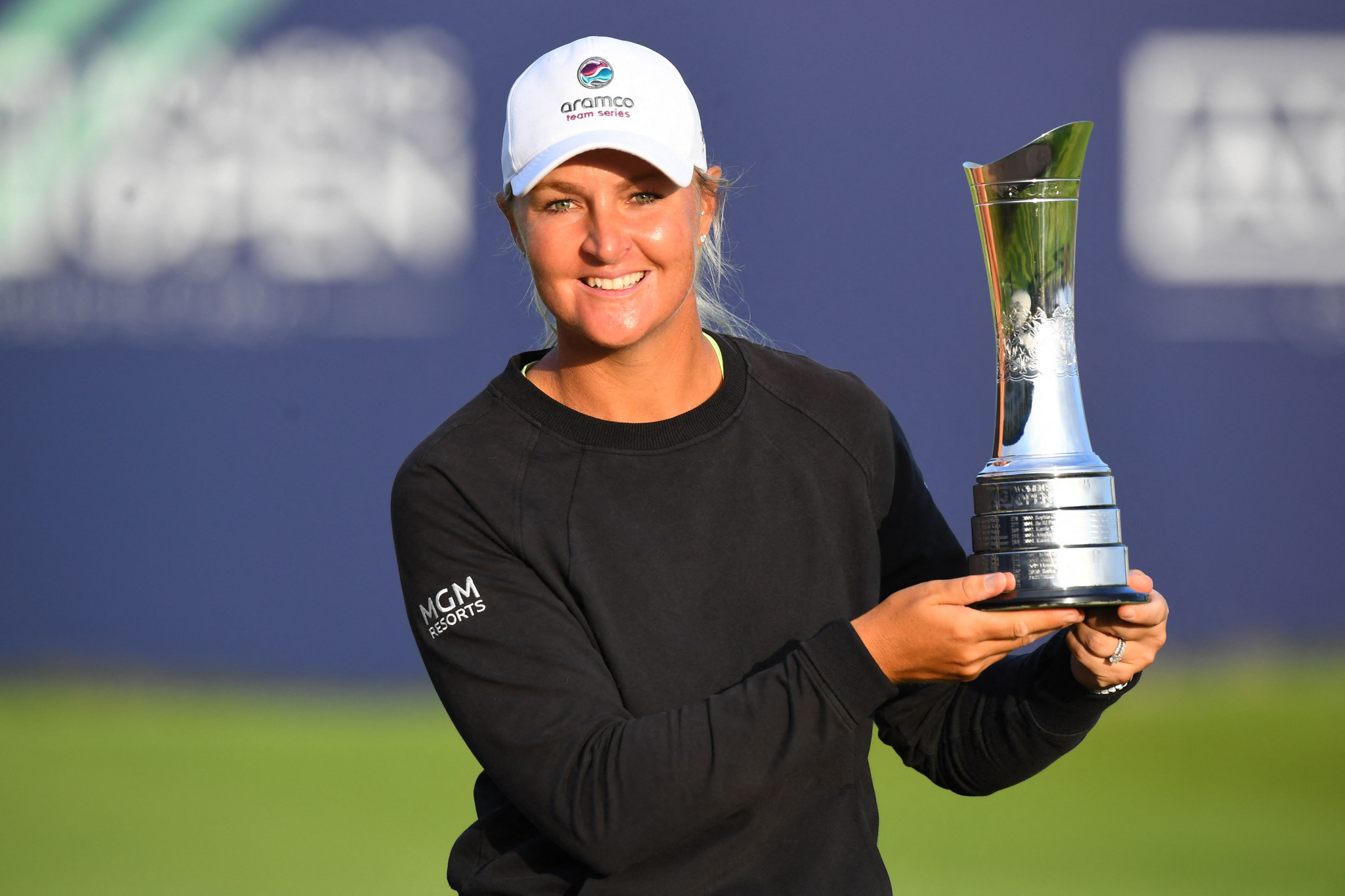 Anna Nordqvist shot a three-under 69 to win the Women's Open by one shot at Carnoustie and record a third major victory of her career.

The Swede was level with playing partner Nanna Koerstz Madsen on 12 under par after 71 holes, but the Dane torpedoed her chance of a maiden major win with a double-bogey six.

Nordqvist made a routine par to add the British major to an Evian Championship won in 2017 and the Women's PGA Championship, which she won in 2009.

There was a six-way tie for the lead at one point, but Nordqvist - whose dazzling 65 yesterday took her atop the leaderboard along with Madsen - held her nerve at a tournament the 34-year-old later said she "could only dream of winning".

Fellow Swede Madelene Sagström, American Linette Salas and England's Georgia Hall - the winner of this event in 2018 - finished in a tie for second place.

Australia's Minjee Lee, who came from seven shots back to win the Evian Championship last month, threatened to do something similar today, carding a 66 - the best round of the day - as sunshine and light wind meant there were birdie opportunities to be had at the links course.

Lee made seven birdies, but dropped a shot on the last hole to finish 10 under par, ultimately tying for fifth place with Madsen.

Scotland's Louise Duncan was the best-placed amateur, tied 10th at seven under, following an even-par 72 today.

This was golf's final major of the year.