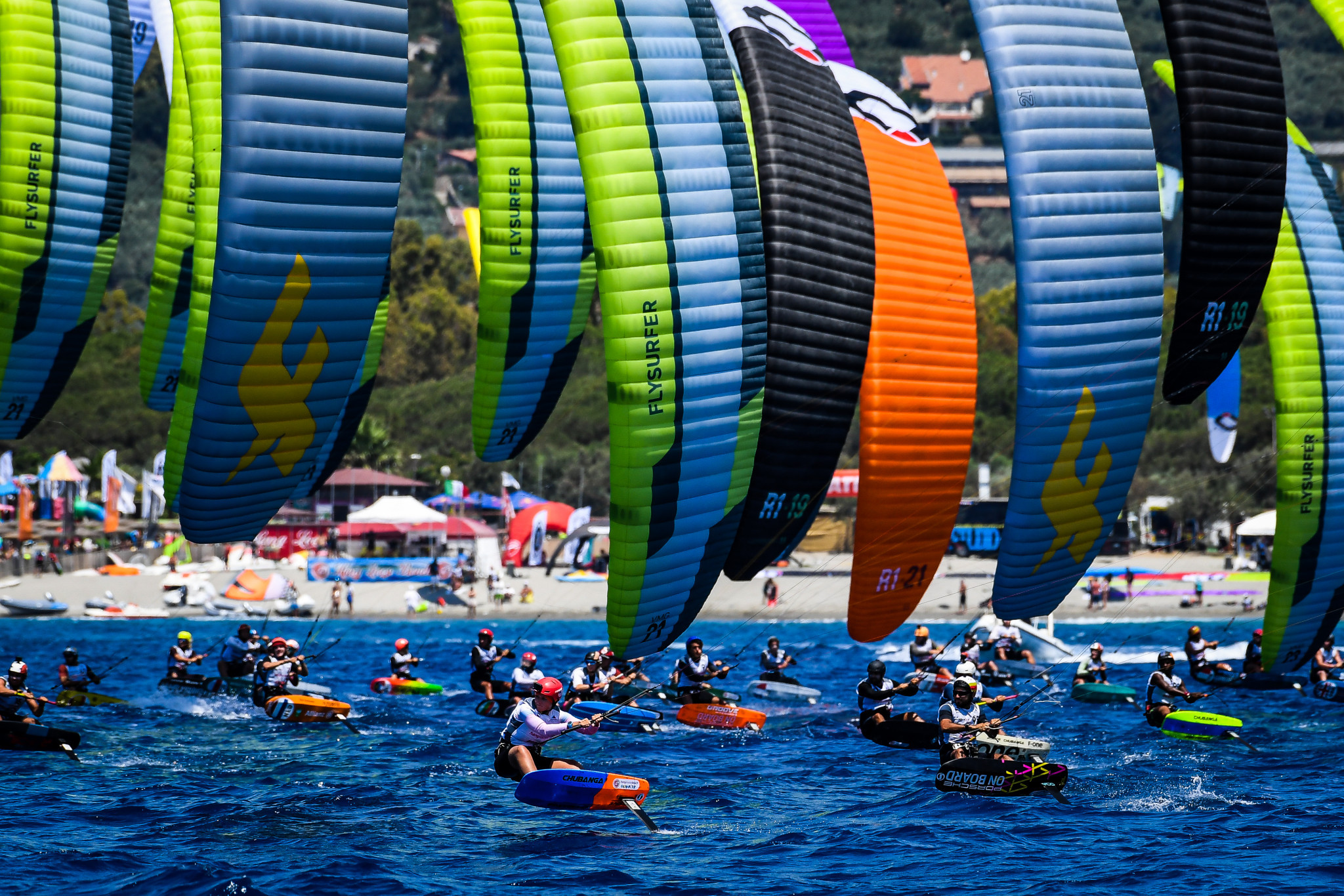 The continent's finest kiteboarders are gearing up for the biggest event of the season so far as the 2021 International Kiteboarding Association (IKA) Formula Kite European Championships begins in Montpellier in southern France.

Multiple world title holders headline a field of 90 men and 44 women that are set to compete over five days at the Plage Palavas-les-Flots.

Although the coronavirus pandemic has blighted the season, leaving very few events still able to be held, Slovenia’s Toni Vodišek is touted as one of the favourites.

The 21-year-old has shown glimmers of the form that helped him dominate the 2019 season before he crashed out with a shoulder injury.

He recently won the open category at the IKA Formula Kite Pan-American Championships and took the third place at the opening KiteFoil World Series round in Gizzeria, Italy, in July.

France is fielding a strong fleet on home waters.

Axel Mazella of France, who took second place in Italy, and Théo de Ramecourt just behind in fourth, stand at the head of the cohort of a powerful squad.

Among the women, the United States' Daniela Moroz is likely to remain untouchable in the open category.

The battle for the title, however, will be fierce with reigning champion Ellie Aldridge of Britain fighting off challenges from the French contingent of Poema Newland, Lauriane Nolot and Alexia Fancelli, with Poland's Julia Damasiewicz also likely to be in the mix.

The Formula Kite elite competition will be contested alongside a select fleet of young teenage athletes competing in the IKA A’s KiteFoil European Championships.

The IKA class for 11 to 16-year-olds, divided into under-15 and under-17 male and female events, will see racers fighting for honours on identical hydrofoils and tube kites in the Olympic pathway discipline.

The competition is taking place along the coast from where the sport will make its Olympic debut at the Paris 2024 water sports venue in Marseille.