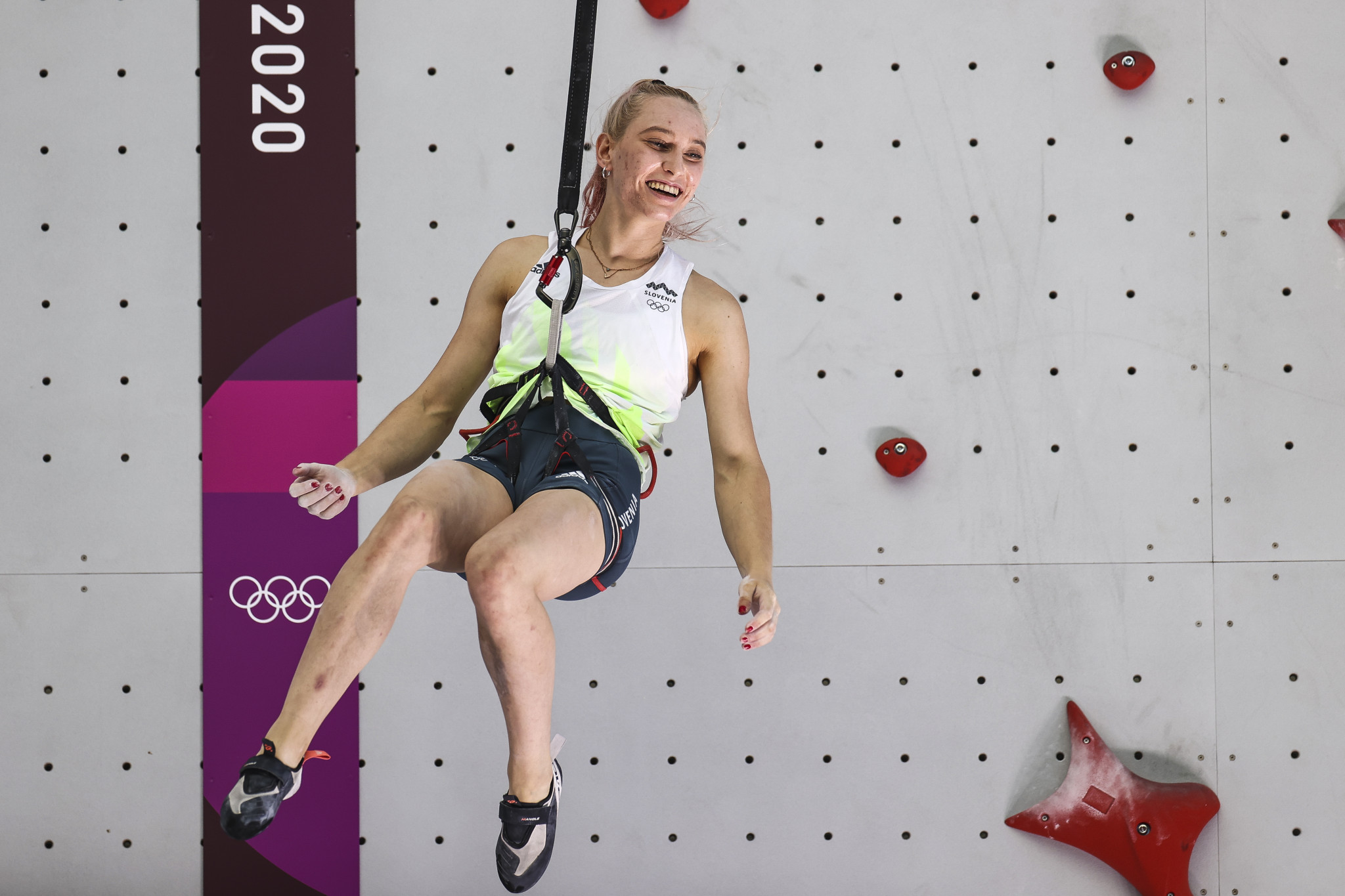 This was the first World Cup event held since the Tokyo 2020 Olympic Games, and three of the eight finalists in the women’s competition were representing the hosts.

Garnbret progressed with ease through qualification, and top scored in the semi-final with 47+, before notching 49+ to triumph in the final.

She took her total for the season up to 300 points, leapfrogging the United States’ Natalia Grossman to lead the overall standings for the season.

Grossman finished third in Kranj on 41+, and now trails Garnbret by four points on 296.

The podium on the overall standings is now completed by Italy’s Laura Rogora on 278 points as she finished fourth with a 39 in Kranj.

Vita Lukan of Slovenia also notched 39 in the final to finish fifth, and is nine points short of the podium in the season’s standings on 269.

Her compatriot Lučka Rakovec scored 34+ and remains fifth on 185 points.

Russia’s Dinara Fakhritdinova and Natsuki Tanii completed the final line-up in Kranj, and scored 31+ and 26 respectively.

In the men’s competition, Higuchi moved up to third for the season as he won the final with a score of 37.

The hosts’ Luka Potočar moved from seventh to fourth by finishing second on 31+.

His score was matched by Germany’s Sebastian Halenke in third and fellow Slovenian Domen Škofic in fourth.

Ukraine’s Fedir Samoilov was fifth with 30+, while Satone Yoshida notched 16+.

Another climber from the host nation Milan Preskar and Japan’s Ao Yurikusa were the other two climbers to feature in the final, finishing with 15+.

Stefano Ghisolfi of Italy, the current leader in the season’s standings, failed to make the final after scoring 29 in the semi-final in Kranj.

Sean Bailey of the United States in second also fell at the semi-final stage with 26+.

Switzerland’s Sascha Lehmann started this leg of the IFSC lead World Cup in third, but his score of 11+ was the lowest of the semi-finalists and he dropped to fifth on 204.

The final leg of this year’s World Cup circuit is due to take place in the Russian capital Moscow on September 20 and 21.