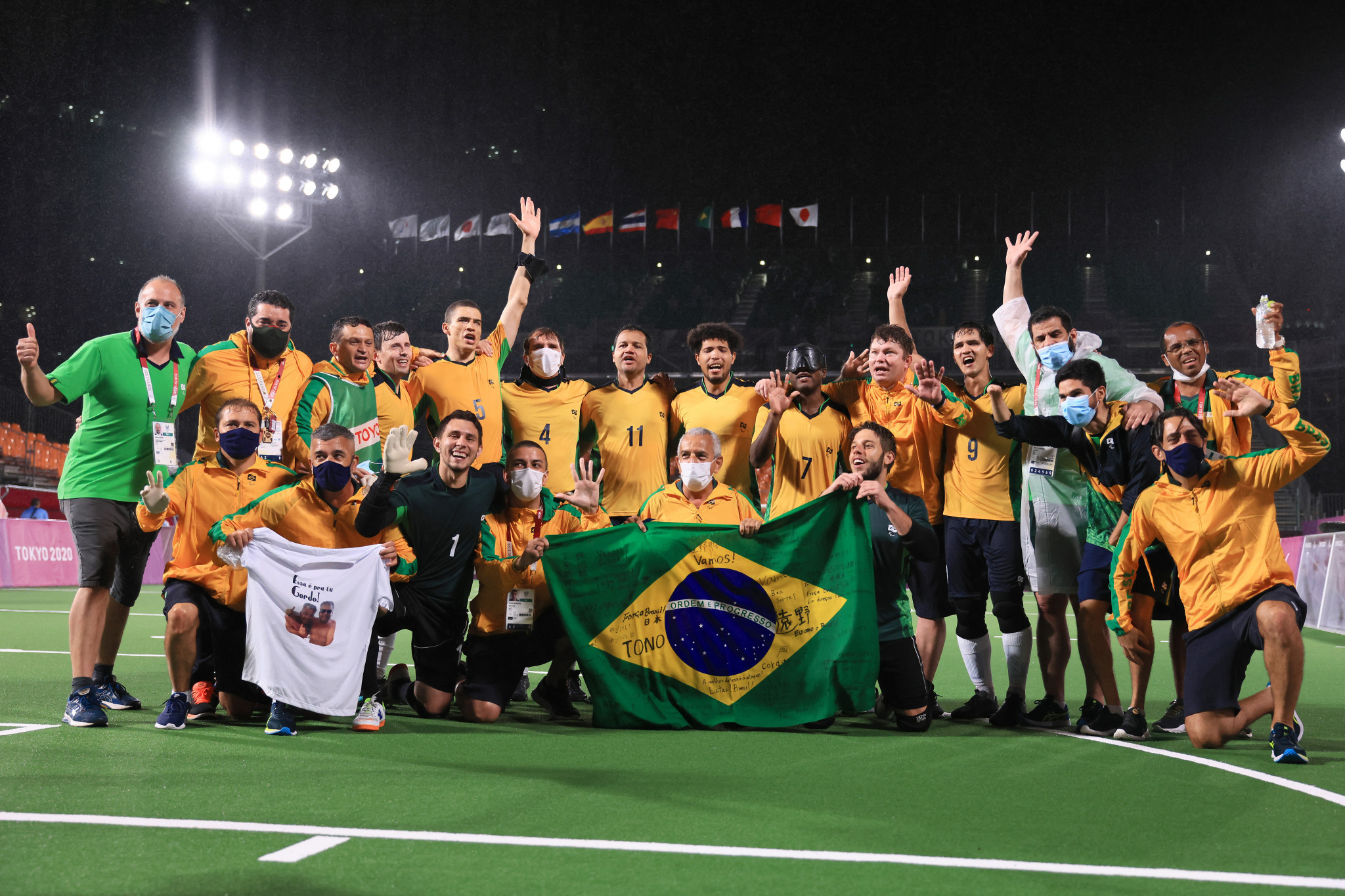 Brazil have won their fifth blind football title in a row at the Tokyo 2020 Paralympics here, the football giants continuing their undefeated run at the Paralympics since the sport was introduced at Athens 2004.

In a repeat of the 2004 final, it was another close match - with Brazil beating regional rivals Argentina by a single goal.

Seventeen years ago, they won on penalties in the final following a draw in normal time.

Today, Raimundo Mendes was the only scorer, breaking the deadlock in the 33rd minute to give Brazil a 1-0 win.

Brazil mostly dominated the game, having 12 shots, seven of which were on goal, in comparison to Argentina's four shots and four shots on target.

That feeling when you beat your rivals to win the football 5-a-side #gold medal for the fifth successive time! 🙌#BlindFootball #Paralympics #Tokyo2020 #BRA

They became the first African nation to win a medal in the sport at the Paralympic Games.

Zouhair Snisla was the clear player of the match as he scored all four goals for his side as well as having 12 of the team's 17 shots.

China actually had 23 shots and 13 shots on target, but Morocco came out the victors.