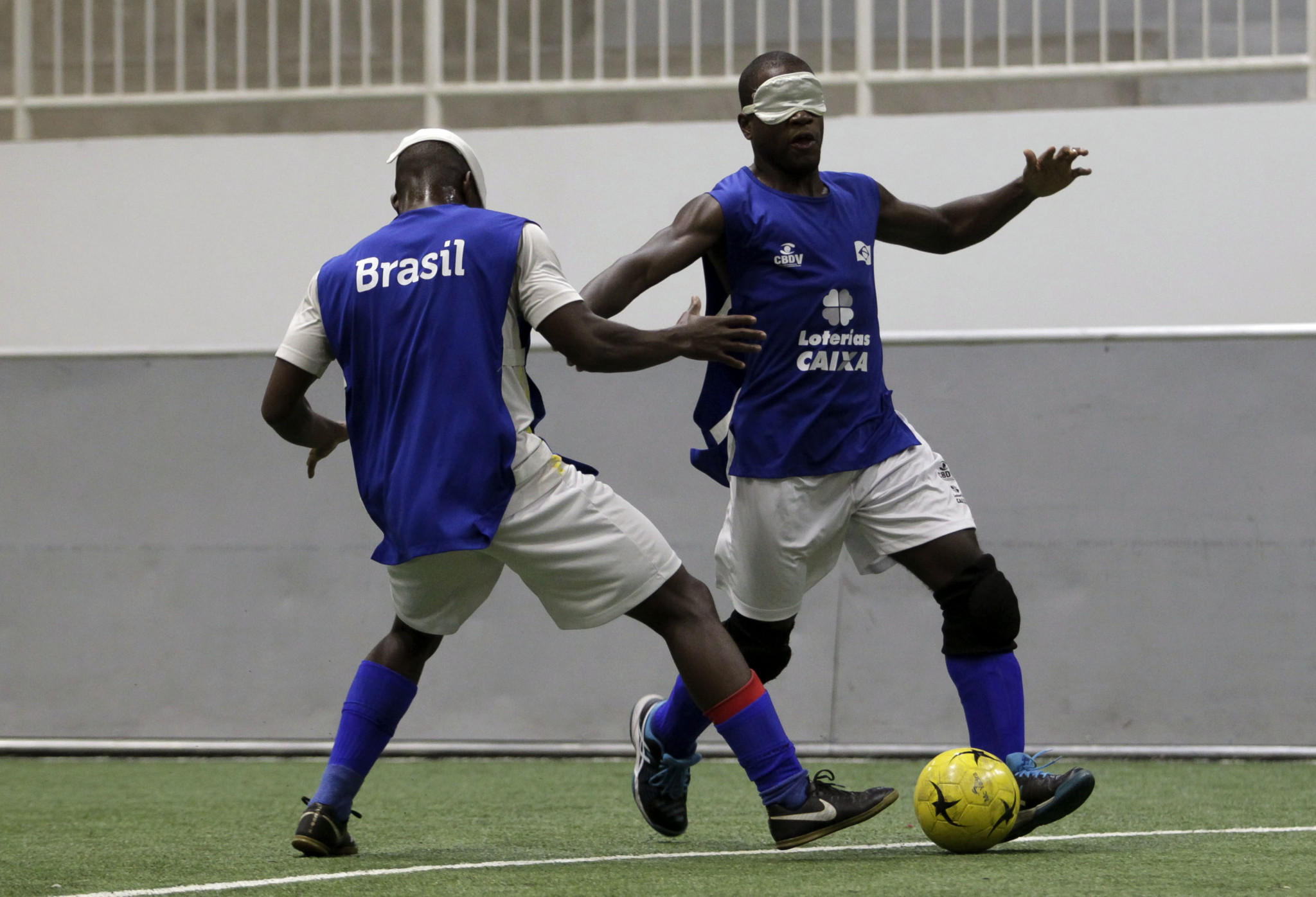 Since the sport made its Paralympic debut at Athens 2004, Brazil have won 22 successive matches, clinching four straight titles.

Brazil will be strong favourites to secure another gold as they prepare to open their campaign against China tomorrow.

But Akpweh reckons there are other teams, including London 2012 silver medallists France, that will be looking to stop Brazil in their tracks.

"Brazil is the country of football," said Akpweh.

"Since they are very young, the first thing they receive in the world is a ball.

"All of the Brazilian players are very technical, and they have a good infrastructure to keep them at the top.

"But I don’t think Brazil will necessarily be the champions this time, the competition is now very open.

"We are not just here to take part."

Bringing you right up to date now - let's take another look at the magic from the last #Paralympics final where Iran faced Brazil!

Not long to wait now! What has Ricardinho got this time around? Find out from tomorrow!#Tokyo2020 pic.twitter.com/xbl7B6eg0D

Brazil are in Group A with China, hosts Japan and France.

Group B consists of Argentina, Morocco, Spain and Thailand, with the top two teams from each pool advancing to the semi-finals.

Argentina finished runners-up to Brazil at the 2018 World Championships and are expected to be one of the main contenders at Tokyo 2020.

France failed to qualify for Rio 2016 before finishing second from last at the World Championships three years ago.

Under the guidance of Akpweh, France came second at the 2019 European Championships.

"Like everything in life, football is a journey," said Akpweh.

"I took over the selection again two years ago, and I have my own vision for the team.

"Being a coach is like being a chef in a kitchen, you can put some different things in the pot, and at the end, it’s either good or bad.

"Our situation is now good, and we will see what will happen against the best teams in the world."

Competition starts tomorrow with four group matches at the Aomi Urban Sports Venue and is expected to conclude with the final on September 4.