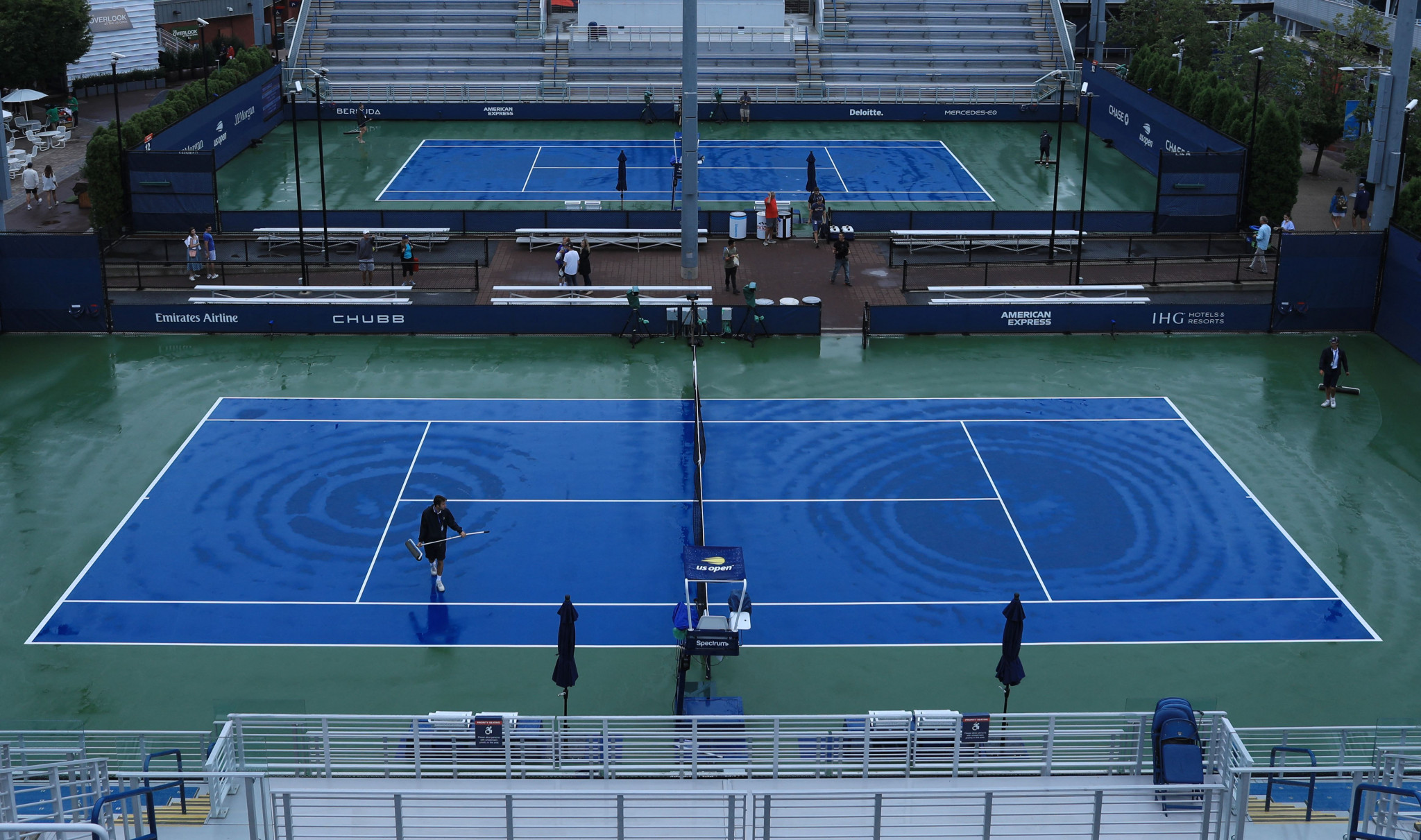 New York City, which is hosting the US Open, has been hit by severe flash flooding as the remnants of Storm Ida dumped record levels of rain across the north-east United States.

The severe conditions have killed at least 22 people in the region, and the states of New York and New Jersey have each declared a state of emergency.

The US Open has been impacted by the storm.

Most notably at the Louis Armstrong Stadium last night, as the retractable roof was unable to prevent sidewards rain penetrating the playing surface.

The match between Diego Schwartzman and Kevin Anderson of South Africa was suspended and moved to the Arthur Ashe Stadium, where the encounter was able to continue indoors.

Yesterday's final match between German Angelique Kerber and Anhelina Kalinina of Ukraine was postponed, but Schwartzman was keen to avoid a similar scenario.

"I was ready to play and I wanted to finish today, not finish tomorrow," said Schwartzman, per New York Post.

"You never know what can happen."

Tennis is the least of the worries for most New Yorkers, however, as at least 12 people were killed in the city.

The downpours overwhelmed streets and subway stations, and several died when their basement apartments flooded.

Nearly all New York City subway lines were suspended and all non-emergency vehicles were banned from the city's streets due to the extreme weather last night.

Play resumed today at the US Open at 12pm local time, with public transport to Queens back up and running.

Ticket-holders unable to attend a session today because of the storm could exchange said tickets for a session later in the tournament, organisers said.

Some spectators who attended yesterday's play also reported difficulty in getting home amid the chaos.